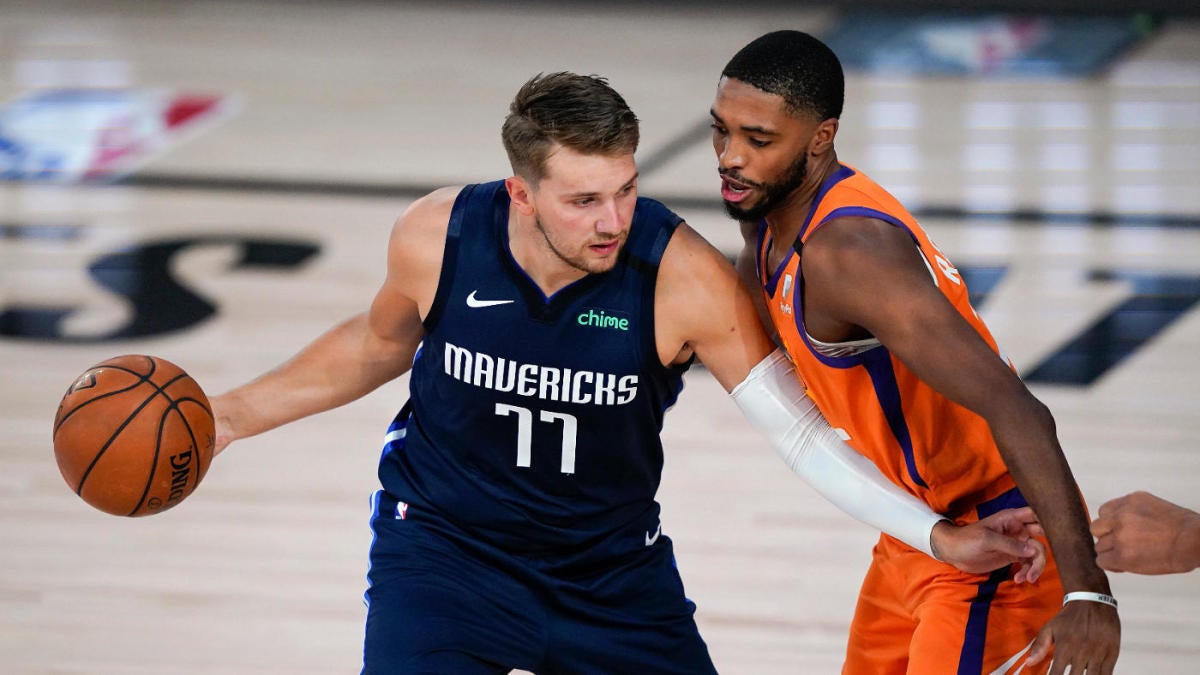 Watch Now: Tiki and Tierney: Should there be a concern for LeBron James at the Free Throw line? (2:19)

After stumbling in Game 2, the second-seeded Los Angeles Clippers look to retake control of their 2020 NBA Playoffs first-round series against the seventh-seeded Dallas Mavericks on Friday. Dallas defeated Los Angeles 127-114 on Wednesday behind the play of guard Luka Doncic, who led the Mavericks with 28 points, eight rebounds and seven assists. The Clippers had won all three regular-season meetings this season with Dallas, including a 126-111 triumph on Aug. 6 after the restart. Los Angeles, which has won seven of the last 10 games against the Mavericks, won Game 1, 118-110.

Tip-off from AdventHealth Arena in Orlando, Fla., is set for 9 p.m. ET. Dallas leads the all-time series 94-67, which includes this year’s playoff games. Los Angeles is the five-point favorite in the latest Mavericks vs. Clippers odds from William Hill, while the over-under for total points scored is set at 232. Before making any Clippers vs. Mavericks picks, see the NBA predictions from SportsLine’s advanced computer model.

Now, the model has set its sights on Clippers vs. Mavericks. You can visit SportsLine now to see the picks. Here are the NBA odds from William Hill and trends for Mavericks vs. Clippers:

Why the Clippers can cover

Los Angeles has a lot of firepower and set single-season records in several statistical categories, including 3-pointers made (895), 3-pointers made per game (12.4) and points per game (116.3). The Clippers were second in offensive rating (113.3 points/100), their ninth consecutive top-10 finish, the only team to do so in that span. Los Angeles also has proven to have the ability to bounce back from losses, posting a 20-3 mark this season following a defeat, which is third-best in the league. The Clippers have only lost consecutive games three times this season, which is the second fewest in the NBA.

Leonard leads the Clippers’ offense, including a 35-point performance in Game 2. For the season, he is averaging 7.1 rebounds and 4.9 assists in 32.4 minutes per game. On Aug. 1 against the New Orleans Pelicans, Leonard recorded his 261st assist of the season, a career high. In three games against Dallas this season, Leonard is averaging 31 points and 8.3 rebounds, while in 26 career games vs. the Mavericks, he has posted 17.2 points and 7.2 rebounds per game.

Why the Mavericks can cover

Despite that, Los Angeles isn’t a lock to cover the Clippers vs. Mavericks spread. That’s because Dallas has a prolific offense, which finished the regular season averaging 117.0 points per game, third best in the NBA. The Mavericks have two players averaging more than 20 points per game with Doncic averaging 28.8 points and forward-center Kristaps Porzingis averaging 20.4. Dallas is the fourth-best rebounding team in the league as well, grabbing 46.9 boards per game. Only Milwaukee, Brooklyn and the Clippers have been better.

Offensively, Doncic has been a beast and is averaging 35 points and eight assists per game in the series. He became the first 21-year-old to score 40-plus points in a playoff game since LeBron James did it in 2006, and is only the fourth 21-year-old to do it. In three regular-season games against the Clippers this season, Doncic averaged 29 points, seven rebounds and seven assists.

How to make Clippers vs. Mavericks picks

SportsLine’s model is leaning under on the total. In fact, it says Los Angeles’ Montrezl Harrell will score five points fewer than his average, while Dallas’ Seth Curry will score nearly a point less than his average. It also says one side of the spread hits in 60 percent of simulations. You can only get the pick at SportsLine.

So who wins Mavericks vs. Clippers? And which side of the spread hits in 60 percent of simulations? Visit SportsLine now to see which side of the Clippers vs. Mavericks spread to jump on, all from the advanced model that is up over $4,700 on its top-rated NBA picks this season, and find out.