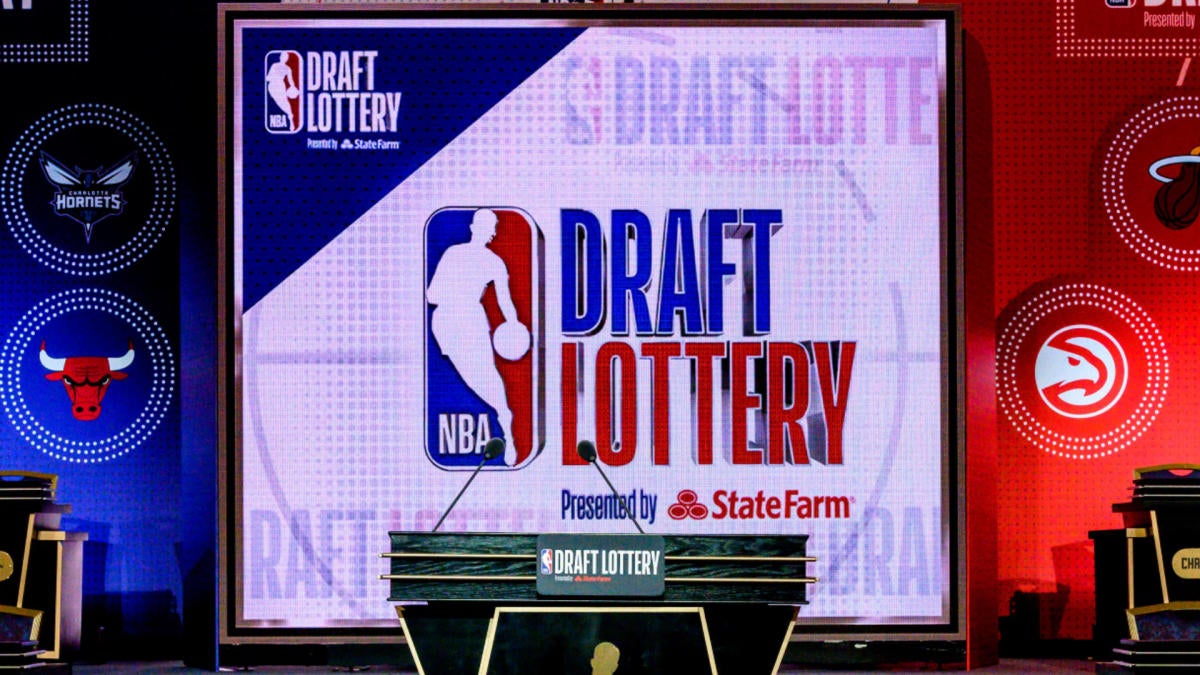 The time has finally arrived: The NBA Draft Lottery is almost here. The annual lottery will take place Thursday, where Ping-Pong balls and random combinations of numbers will st the order for where teams will pick in the 2020 NBA Draft.

The lottery procedure dictates that the lottery process will be used to determine only the first four picks of the draft, while picks five through 14 will be set by the remaining lottery teams in inverse order of their regular season records. Odds to win the No. 1 pick are spread evenly among Golden State, Minnesota and Cleveland — at 14.0% — with descending odds applied to the remaining 11 lottery teams. Golden State, the team with the worst record, cannot fall out of the top five.

Below is everything you need to know ahead of the event.

The NBA Playoffs are underway, meaning Thursday’s draft lottery will be sandwiched in between the first week of postseason play for the league. The draft itself will take place on Oct. 16.

The NBA has flattened its lottery odds system to make it fairer for teams not at the top of the odds structure to win the lottery. The 2020 lottery marks the second year in this new system. Last year, its goal of flattening the odds was accomplished: the Pelicans, with a 6% chance of winning the lottery, did exactly that. This year the Hornets have a 6% chance of winning, behind the Warriors, Cavs, Timberwolves, Hawks, Pistons, Knicks and Bulls.

In the NBA Draft lottery system, drawings are conducted only to determine which teams will pick in the first four slots of the NBA Draft. That determination is made by 14 ping-pong balls — numbered 1 through 14 — that are placed into a lottery machine. With 1,001 possible winning combinations, 1,000 combinations are assigned to the 14 participating lottery teams. Here’s the NBA on the process that follows that gives us the eventual four-number winning combination:

If the same team comes up more than once, the result is discarded and another four-ball combination is selected. Also, if the one unassigned combination is drawn, the result is discarded and the balls are drawn again. The length of time the balls are mixed is monitored by a timekeeper who faces away from the machine and signals the machine operator after the appropriate amount of time has elapsed.

The entire process is overseen by Ernst & Young, who has a representative that stuffs and seals the envelopes before bringing them to the studio for broadcast. The entire process takes place in a separate room just prior to the public reveal on television.

The order of the lottery will be set Thursday, but the remaining order of the non-lottery teams — those that will pick in the 15-30 slots of the first round — is officially set by reverse order of teams’ regular season records. Only one tiebreaker was required to set the order, and it was won by Oklahoma City over Houston and Utah, putting the 76ers (via the Thunder) at No. 21 in the draft, the Nuggets (via the Rockets) at No. 22, and the Jazz at No. 23. Below is the official order for 15-30: