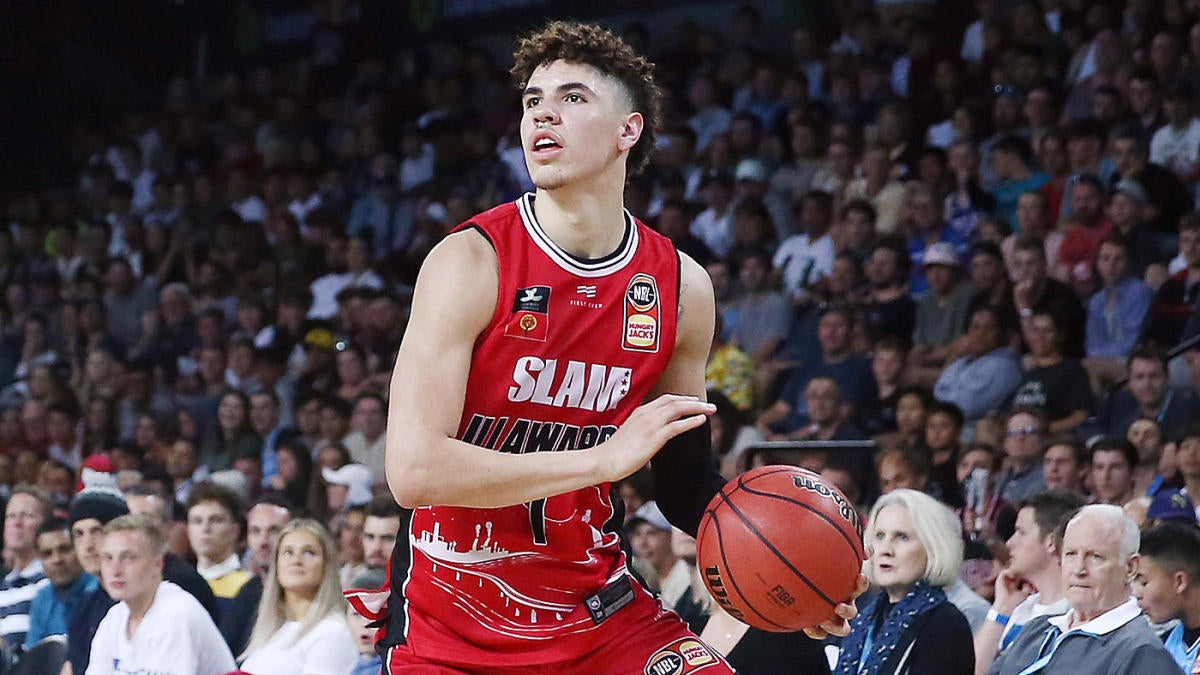 The NBA Draft Lottery will take place at 8:30 p.m. ET Thursday from remote locations across the United States — on brand for 2020!. And when the Ping-Pong balls come to a stop, one franchise’s future may be changed forever.

The Warriors, Cavaliers and Timberwolves all have the best odds of experiencing the best possible outcome, with a shared 14.0% chance of winning the lottery, and thus, the No. 1 overall pick. But as we saw last year with the New Orleans Pelicans — who had just a 7.5% chance and won the lottery — anything can happen on lottery night.

As we gear up for Thursday, here are six storylines to watch as the official lottery order gets sorted out.

1. Which player will come away as big winner?

A year ago it was obvious to anyone and everyone that the Pelicans, immediately upon winning the lottery, would select Zion Williamson with their pick. And they did.

But this year it’s still unclear who the top prospect in this class is, and scouts I’ve spoken with think it’s a three-man race between James Wiseman, LaMelo Ball and Anthony Edwards, with fit and need serving as a tie-breaker. (Wiseman is a center, LaMelo is a lead guard, Edwards is a shooting guard/wing.) It won’t immediately be clear which player comes away as the big winner, but we should get much more clarity with the order set in stone.

2. Can the Pelicans make history?

The Pelicans struck gold last season by moving from outside the top five into the No. 1 spot, using the pick to select Zion Williamson. But repeating this season would be virtually unheard of (and, in fact, record-setting). New Orleans has the 13th-best odds to secure the No. 1 pick, with only a 1.2% chance. No team has ever had smaller odds to win the lottery and gone on to win the lottery (though the Magic in 1993 came close, winning the lottery with 1.52% odds.) Ironic as it is, the Magic are the only team to have won the lottery in consecutive seasons like the Pelicans could do Thursday.

The Knicks haven’t moved up in the NBA Draft lottery since 1985 — the year they scooped the No. 1 pick and selected Patrick Ewing. But with team president Leon Rose serving as the team’s official representative for the lottery, perhaps a new face will bring new fortunes.

New York has a 9% chance of winning the lottery and a 28% chance of securing a top-three pick in the draft. If ever there was a year to move up, this might be a good one: the Knicks need a point guard, and LaMelo Ball and Killian Hayes look like two viable franchise-caliber lead guards worthy of consideration. The team’s 9% odds trail only Golden State, Cleveland, Minnesota, Atlanta and Detroit.

4. Cleveland is king of the lottery

The Cavs have won the NBA Draft lottery more than any other team in the league the last two decades, resulting in some huge hits (LeBron James, Kyrie Irving) and some equally huge whiffs (Anthony Bennett). Now here they are, in the mix again. They have a 40.1% chance of staying in the top-three of the draft, an astronomically high 79.9% chance of staying in the top five, and a 14% chance of cashing out with the No. 1 pick.

The Cavs have spent a good deal of draft capital in recent years on their backcourt, with Collin Sexton and Darius Garland, the team’s lead guards, being drafted in the lottery in recent years. As such, winning the lottery in Cleveland may be a particularly positive development for James Wiseman, who scouts view as the top big man prospect in this class, simply because it seems more likely than not that the Cavs would try and balance out their roster to account for recent investments at the guard position (potentially decreasing the likelihood of LaMelo Ball or Anthony Edwards landing there).

Golden State will be picking inside the top five. Because of the restructured lottery system, that’s a guarantee; it’s just a matter of how high — the Warriors can’t drop lower than No. 5. If they secure the No. 1 pick, prepare yourself accordingly for the outrage that the system is rigged.

Golden State accounts for three of the last five NBA champions. But rigged, the lottery is not. If it secures the No. 1 pick, however, we may see the resuscitation of one of the NBA’s greatest dynasties.

The NBA Draft lottery is not rigged. But man, do the people love themselves some conspiracy theories.

How about the 1985 conspiracy theory that the corner of the envelope was sightly bent, tipping David Stern off to choose it and, thus, paving the way for the Knicks to come away as big winners in the Patrick Ewing sweepstakes?

Or the theory that LeBron James’ local team, Cleveland, winning the lottery was almost a too-good-to-be-true storybook ending?

Or that Anthony Davis was the Prince that was Promised for New Orleans as the franchise recovered from Hurricane Katrina?

There’s always drama to stir up some wild controversy, imagined or not. It’s why the lottery remains one of the most compelling sports events of our time, and why for as frustrating as it may be for many, we won’t be doing anything Thursday but breaking down the full 30 minutes like the Zapruder film for anything that seems even slightly off.