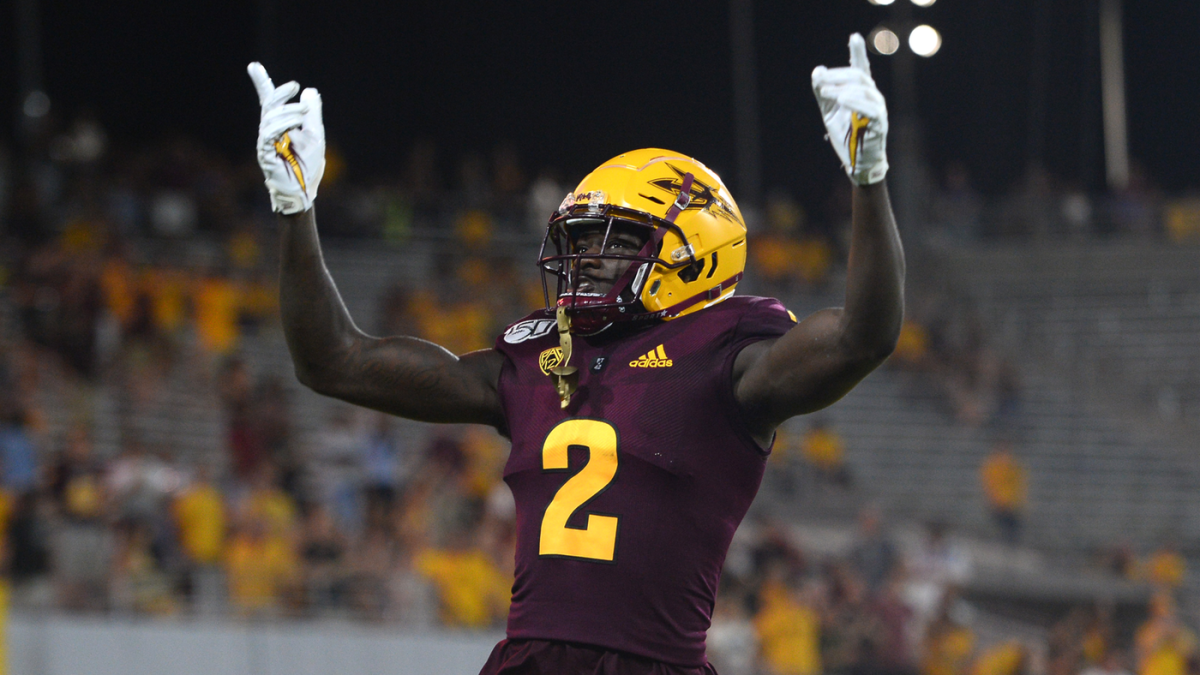 The San Francisco 49ers starting wide receivers are unknown heading into the season and the injuries to Jalen Hurd and Deebo Samuel won’t make Kyle Shanahan’s lineup decision any easier. Kendrick Bourne has stepped up while the injuries mount in training camp and has gained some company over the past few days, but San Francisco’s first-round pick is starting to make some serious noise. Brandon Aiyuk has turned some heads in practice and has even started lining up with the first-team offense, a designation he’s earned based on his performance.

“He’s got the ability and he’s worked hard from a mental standpoint, so he’s earned some reps there,” Shanahan said in a conference call with reporters after practice Thursday. “He hasn’t been going with them all the time. For the most part, our guys have been pretty interchangeable.”

The 49ers are still trying to figure out which of their receivers will start Week 1, but they are hoping Aiyuk can emerge as the game-breaking option. Hurd is out for the year with a torn ACL and Samuel has a Jones fracture in his foot, leaving his status for the opener in doubt. San Francisco signed Tavon Austin and J.J. Nelson this week and still have Dante Pettis in the mix for a starting spot, but Aiyuk has been the receiver that is starting to find a niche in the offense.

“The things that I’ve noticed is that he has incredible hands and that dude is really fast,” said 49ers tight end George Kittle, via NBC Sports Bay Area. “He doesn’t even look like he’s running, he just kind of glides along the ground. It’s kind of insane. I like seeing how he can get in the huddle with the ones and he can execute. That’s really fun to see, and, of course, we all mess up sometimes but he always comes in and catches the next ball.

“Honestly, I haven’t seen him drop a pass which is pretty sick, too. He’s having a great camp so far, and I know that the longer we are here and together, the better he’s going to get.”

49ers quarterback Jimmy Garoppolo has also been impressed with Aiyuk thus far, saying running routes “come naturally to him.” While Aiyuk may be on the first team for good soon, Shanahan isn’t ready to hand him the job.

“Right now, the ones and twos are blending a ton together, but Brandon’s still got a lot to learn, a lot to go, but these practices are huge for a rookie like that,” Shanahan said. “We’re expecting him to play a lot this year, just like we were expecting Deebo (Samuel) and Jalen [Hurd] last year.

“When it’s that way, you’ve got a lot of pressure on you, so you can’t miss a day or you get behind and he’s doing that both mentally and physically.”