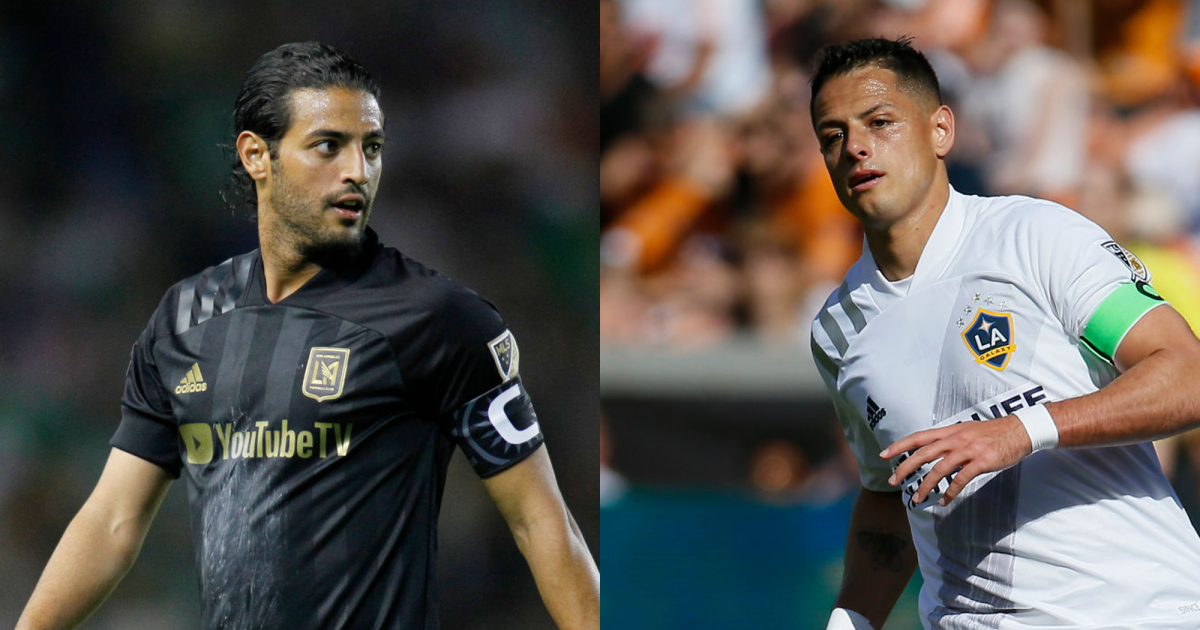 The Galaxy will be without striker Javier “Chicharito” Hernández while LAFC will welcome back its top scorer in Carlos Vela when the teams return to MLS play Saturday in the El Tráfico derby at an empty Banc of California Stadium.

Hernández tore a calf muscle while training during the MLS Is Back tournament last month and missed two of the team’s three games in Florida. Galaxy coach Guillermo Barros Schelotto said Thursday he’s not sure when Hernández will return.

“He’s not ready. He’s not training yet,” Schelotto said. “I don’t know when he’ll be ready but I hope as soon as possible because we need him. We need a player like him on the pitch.”

Hernández could miss most, if not all, of the first phase of MLS’ three-part season reboot. In the first phase, which begins Saturday, the Galaxy will play six times in 22 days. Since Hernández has not even practiced with the first team in more than a month, it’s unlikely he’ll be ready for at least a couple of weeks.

The Galaxy will have captain Jonathan dos Santos in uniform for the first time since March, though his playing time will be limited. The midfielder played just 45 minutes in the team’s first two games and did not travel to Florida after surgery to repair a sports hernia. After returning to training last week, he said he expects to go 30-45 minutes Saturday.

Vela, the league’s reigning MVP, rejoins LAFC after skipping the Florida tournament to remain in Southern California with his wife Saioa, who is the final stages of a difficult pregnancy. Vela, who scored an MLS-record 34 goals last season, has two this season and has scored in his last 11 consecutive regular-season appearances.

“It feels a little bit weird,” Vela said. “My last game was in March, a long time without competition, so I’m pushing myself really hard in training.”

His coach has noticed.

“He gets so much credit for how he worked very hard while we were away,” Bob Bradley said. “You could tell from the first day back in training, when he rejoined the group, how much it meant to him. And I know he is really motivated for this game.”

In Vela’s absence Diego Rossi helped LAFC to the quarterfinals in Florida by scoring a tournament-high seven goals, four of them coming in a 6-2 rout of the Galaxy. Saturday’s rematch comes with the teams heading in opposite directions: LAFC (2-0-3) is unbeaten and the winless Galaxy (0-3-2) is off to the worst start in franchise history.