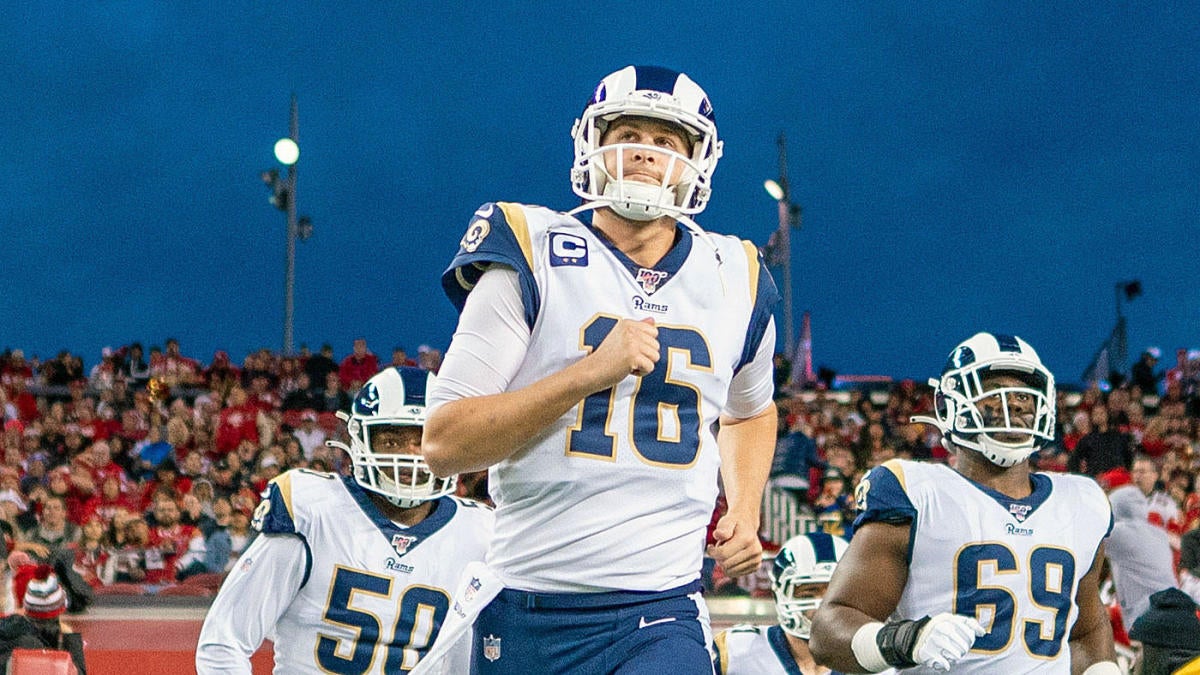 The Rams, as expected, shook things up this offseason after failing to make the playoffs last season for the first time under coach Sean McVay. Among the players the Rams parted with are running back Todd Gurley, receiver Brandin Cooks, and linebackers Dante Fowler, Cory Littleton and Clay Matthews. Los Angeles also said goodbye to safety Eric Weddle, who decided to retire following a highly successful career.

Despite the loss of talent, the cupboard is not bare in Los Angeles. The Rams still have Aaron Donald, a two-time Defensive Player of the Year. Los Angeles also has Pro Bowl cornerback Jalen Ramsey along with quarterback Jared Goff. In the draft, the Rams selected several players who they hope will make an impact this season, including running back Cam Akers, receiver Van Jefferson, pass rusher Terrell Lewis, safety Terrell Burgess and tight end Brycen Hopkins, among others.

While the start of the regular season just around the corner, here are three bold predictions for the 2020 Rams.

1. Jared Goff will make All-Pro for the first time

While some may question his status as an elite quarterback, Goff has already put together an impressive resume as he heads into his fifth season in Los Angeles. A two-time Pro Bowler, Goff has compiled a 35-23 overall record as a starter while helping the Rams win two NFC West titles as well as the NFC title in 2018. Goff’s 2019 season left something to be desired however, as he threw a career-high 16 interceptions.

The Rams have set Goff up to have success in 2020. After relying primarily on Gurley to get their running game going in recent seasons, the Rams appear determined to disperse the workload between Akers, Malcolm Brown and Darrell Henderson in 2020. As far as the passing game is concerned, Los Angeles has given Goff a new receiver to work with in Jefferson, who has been turning heads during the early portions of camp.

“Van’s been really good,” Goff recently said of his new receiver, via the team’s official website. “I say that cautiously because you never want these young guys to get too far ahead of themselves. It reminds me a lot of when Cooper (Kupp) was a rookie and was so far ahead of where a rookie should be. He’s done a great job. He’s really picking things up fast. He’s obviously extremely athletic. I think his ability to pick up the offense mentally (and) understanding the intricacies of it has been really impressive.”

The Rams are also confident that they will receive better play from their offensive line. Earlier this week, McVay made it a point to give a shoutout to his guards, Austin Corbett and Joseph Noteboom.

Goff has also put himself in position to have a career season, as he appears to be leaner after putting more of an emphasis on his diet and workout regiment during the offseason. Goff, who also focused on improving his footwork during the offseason, is also hoping to be more mobile in 2020. Goff has also developed a quick rapport with new offensive coordinator Kevin O’Connell, a 35-year-old who broke into the NFL ranks with the Browns in 2015. O’Connell wasn’t a bad quarterback himself, as he was selected by the Patriots in the third round of the 2008 draft following a successful college career at San Diego State.

“He’s been incredible,” Goff said of O’Connell, who served as Washington’s offensive coordinator in 2019. “He’s been really good, and you can tell that he’s played at a high level.”

2. Terrell Lewis will be in running to win DPOY

Lewis, based on what he has shown thus far in camp, is going to earn a significant role on the Rams’ defense. A third-round pick who battled through injury during his time at Alabama, Lewis has a unique blend of size and speed that should make him a nightmare for opposing offensive lines. Matching Lewis’ impressive play in camp has been his imposing physique.

“He’s certainly looks like (how) you’re supposed to,” McVay recently said of Lewis, who collected six sacks and 11.5 tackles for loss during his final season at Alabama. “He is exactly what you want when you draw up a ‘Madden’ player in terms of what that outside edge player looks like … He’s feeling good. He’s looked good the last few days in practice. He’s got a long way to go, but you definitely see the flashes.”

“He’s a massive dude,” added defensive end Michael Brockers when asked about the 6-foot-5, 262-pound Lewis. “At first I was like, ‘Yeah, that’s the guy they have replacing me.’ Then, I saw him at outside linebacker, and I was like, ‘What?’ He’s picking it up very well. He’s doing all the right things as a rookie. There are things he has to learn and adapt to at the NFL, but we have time, and he’ll catch up and be up to par on September 13.”

Expect Lewis to be used in a variety of ways by new defensive coordinator Brandon Staley, who according to Brockers will be more exotic as it relates to how he uses his personnel within the Rams’ 3-4 front. Lewis will also benefit from playing alongside several top-tier defenders that includes two-time NFL Defensive player of the Year Aaron Donald, Pro Bowl cornerback Jalen Ramsey and fellow linebacker Leonard Floyd, who has also turned heads during the early portions of camp.

A year after coming up short in the Super Bowl, the Rams could not avoid joining the long list of teams who failed to live up to expectations the year after reaching the big game. But while things didn’t go their way last season, the Rams (who would have made the playoffs in the NFL’s recently expanded playoff format) were just a few plays away from making it back to the postseason in 2019.

Along with the new pieces they’ve added to their offense, the Rams are returning a pair of 1,000-yard receivers in Cooper Kupp and Robert Woods along with tight end Tyler Higbee, who caught 69 passes for 734 yards in 2019. The Rams also have high hopes for Josh Reynolds, who has been running with the first team throughout camp.

On defense, the Rams’ veterans have quickly embraced Staley, who has enjoyed a meteoric rise up the coaching ranks after serving as a Division III defensive coordinator just four years ago. Staley, who broke into the NFL as the Bears‘ outside linebackers coach in 2017, received rave reviews from McVay and Brockers earlier this week.

“It’s been a great honor,” Brockers said of working with the 38-year-old Staley. “He comes with a lot of juice every morning. He makes you feel like you want to play … I wanted to put my helmet on during a Zoom call because he had me so fired up … He’s a perfectionist, but it comes all out of love. He wants us to perform and be the best players we can be.”

While he is excited about the potential of his front seven, McVay is equally as excited about his secondary. He recently lauded the efforts of rookie safeties Terrell Burgess and Jordan Fuller, who are both expected to make an immediate impact in the Rams’ secondary.

Will all of this optimism result in success? It’s hard to say, especially considering the fact that the Rams play in one of the toughest divisions in the NFL, a division that includes the defending NFC champion 49ers. That being said, if the Rams can get through the regular season mostly unscathed, their talent, depth, coaching, and previous playoff experience should make them an extremely tough out when the NFC playoffs begin.