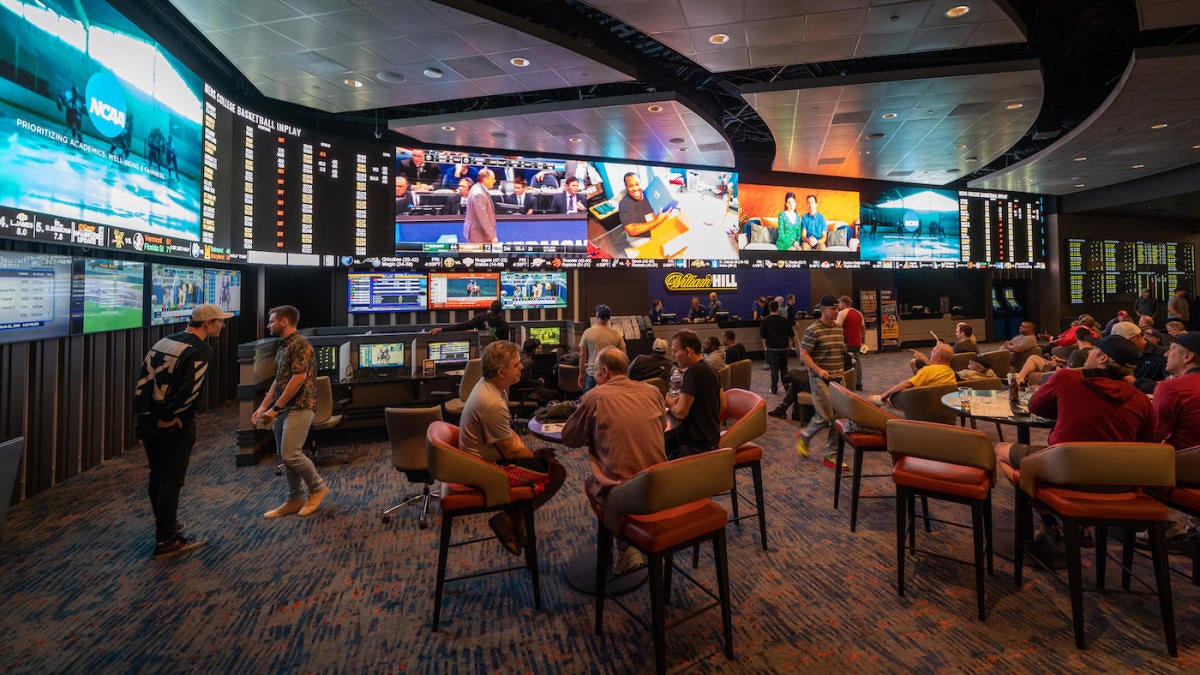 Watch Now: Winners and Losers From No Preseason Games. (1:38)

The 2020 NFL season is going to be one like no other that has come before. Regular COVID-19 testing could result in key players becoming unavailable to play at any given time, and although positive test numbers have been relatively low during camp, we have no idea what will happen once teams are forced to hit the road. We’ve seen multiple baseball teams forced to postpone games while dealing with COVID issues on the road, for example.

All that is to say betting on the NFL in 2020 is going to be a test of preparedness. You’ll want to be ready each week to take advantage of the value on any given matchup at a moment’s notice as variables change. The best starting point each week are power ratings, which allow you to project a true point spread for each matchup when combined with home-field advantage numbers.

What power ratings are

The concept of ranking teams by overall strength isn’t foreign to anyone; our Pete Prisco shares his rankings of all 32 teams every week of the regular season. Where power ratings for NFL bettors differ is that you must affix a point total to each team that signifies how far they are from an average team.

First, pick the team you consider the 16th- or 17th-best in the NFL in 2020. If you go by the season win total market, that’s someone in the Rams-Browns tier of teams (last year I used the 49ers and Ravens as our mid-level win total examples, so remember that these are just what the market is projecting at this moment). Assign whichever teams you think are average with a power rating of zero. From there, you’ll assign point totals for each team that are better or worse than average, generally staying within the range of plus-5 and minus-5 at this point of the season, though I’ve made a few exceptions in my Week 1 ratings this year.

Before we get to building a power ratings system, it’s perfectly fine if you’d rather not dive deep into the weeds and just want some great picks to follow during the season. If that’s the case, head over to SportsLine and use promo code WHITE to sign up and get your first month of access for just $1. You’ll get all the graded picks from our SportsLine projection model and a wealth of great betting experts, including myself. You’ll also get my SuperContest plays every Saturday. And that’s just NFL — your membership gives you access to top-notch experts on sports across the board, from NBA to horse racing to MMA and everything in between. If you’re a sports betting nut, SportsLine is for you.

Last year in this space I created a starting point for anyone looking to build power ratings by ranking all 32 win totals in the betting market. This year, I’m just going to share my own Week 1 power ratings so that we can try and identify value in the moment.

Before we get to the ratings, a few notes:

Again, these numbers are for Week 1 only. I expect the Bengals to improve as Joe Burrow gets comfortable in the offense, and I wouldn’t be surprised to see teams like the Browns, Giants, Panthers and Washington rise once their coaches have everyone on the same page. I didn’t hit the Cowboys with the same type of reduction as their offensive system should largely remain in place, plus Mike McCarthy isn’t a normal first-time hire with something to prove (neither is Ron Rivera, of course, but the talent level on those two rosters couldn’t be any more different).

The Buccaneers, Colts and Patriots should each improve once their new quarterbacks have proven to have their offenses running smoothly. I went aggressive with the Steelers rating with the return of Ben Roethlisberger, as an above-average offense combined with a top-tier defense should make them one of the best teams in the AFC. On the bottom end of the scale, I’m a little higher than conventional wisdom on the Dolphins and Jaguars, so if you’re building your own power rating system and are looking for a place to pull points to add to other teams, that’s a good place to start.

How to use power ratings

Now that you have these numbers at hand, you’re probably wondering how to use them. It’s pretty simple! You make a line based on the difference between two teams’ power ratings. So in the table above, the Chiefs (+7) would be favored by six points over the Texans (+1) on a neutral field.

Then you make one more adjustment based on home-field advantage, typically thought to be three points by casual fans but in actuality slightly less and also different from team to team, though last year represented a huge outlier and 2020-specific adjustments need to be made with limited to no fans in the stands. I did a deeper dive into how I would rate each home-field advantage for 2020 earlier in August, with each team ranging from one to 2.5 points. The Chiefs check in with two points of home-field advantage, which would give the Thursday night kickoff game a projected line of Chiefs -8 before one final adjustment.

Typically, the nature of late-game strategy makes it a little harder to cover a big number as a favorite, as teams up multiple scores are more than willing to let their opponents march down the field and put points on the board in exchange for chewing up game clock. So I make a final adjustment if a projected line gets over seven points. I take a half-point off on lines that range from 7.5 to 10.5, and a full point off on lines of 11-plus. That adjustment gives us a final line of Chiefs -7.5 on the Week 1 Thursday matchup.

If you already have your power ratings and home-field ratings ready heading into an NFL Sunday, you’ll already know what the lines should be for the following week when they open on Sunday evening. When those lines post, you can move immediately when you see a discrepancy between what’s available and what you think it should be. That especially comes into focus when you can grab a -2.5 or a +3.5 out the gate when your ratings saying the line is clearly going to land on the key number of three, or when you see more than a point of difference between your line and the book’s.

These might not seem like vastly important differences, but add it up over the season, and it’s the difference between winning and losing years for many professional bettors. If you want to be successful like them, you have to be ready to take advantage of every opportunity you can, and none are bigger than getting in on the opening line before it moves.

When you add my power ratings to my home-field advantage numbers, you get a set of projected lines for Week 1. Here are the three matchups that are off by at least three points, by my calculations:

As I mentioned above, I’m not nearly as down on Jacksonville as the market. Gardner Minshew had plenty of high points despite being a sixth-round rookie thrust into a starting role unexpectedly, and I can see the Jacksonville offense being a little better than expected. I also think the Colts could be a team that starts a little slowly while adjusting to a new quarterback. My line for this game would be Colts -2, so I love getting the value going through three and six in this matchup.

I think there’s a lot of value backing the Steelers in general after winning eight games in 2019 despite some of the worst quarterback play in the league. The Giants are a team that we should expect to start slowly as a new coaching staff finds its feet, and this is a team that has not played well at home in recent years. I’d have this line at Steelers -6.5

This matchup is a bit similar to the one above. The underdog is not a good home team, and I’m only giving each of them one point of home-field advantage. The home team is also adjusting to a new coaching staff and having to deal with multiple absences. I’d put this line at Eagles -9, but I’m less hesitant to jump on this matchup than the other two due to the Eagles already being heavy favorites. We just don’t know what’s going to happen over the next few weeks due to COVID-19.

In addition to the matchups above, I have five more that offer 2.5 points of value. You’ll notice four are road teams, and it’s possible the market is overestimating the effect of home-field advantage this year: