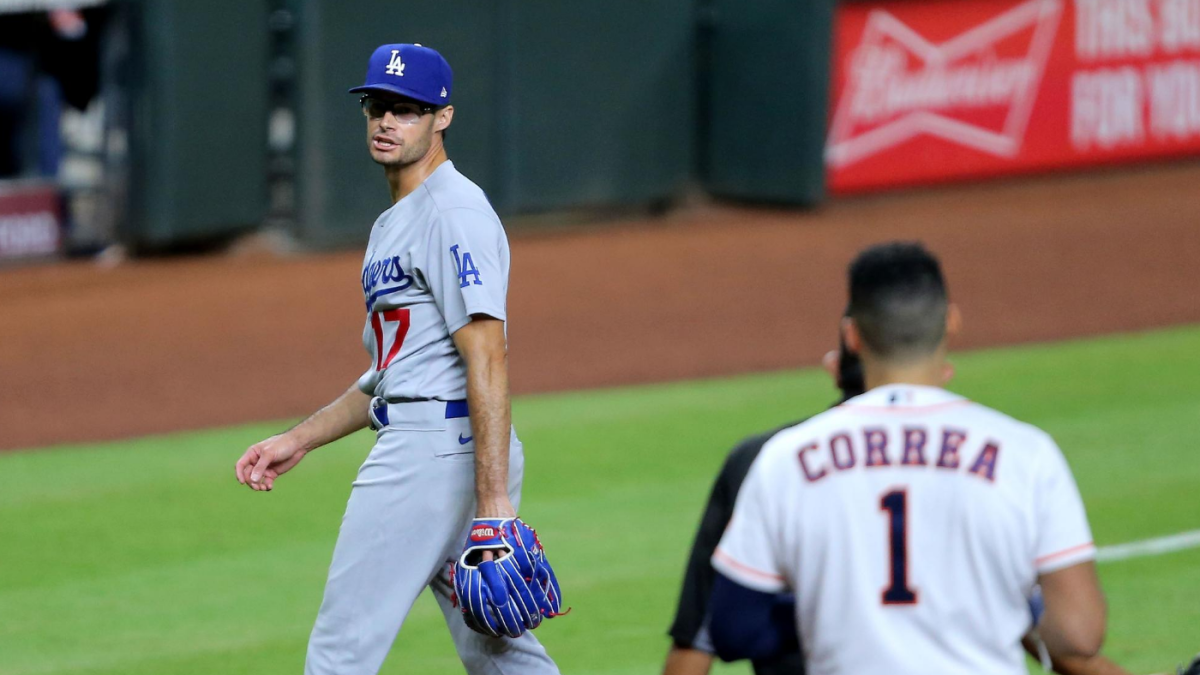 Watch Now: Highlights: Mariners at Dodgers (1:55)
Los Angeles Dodgers pitcher Joe Kelly received a lot of attention after mocking the Houston Astros with a hilarious yet childish expression during a game earlier in August, but one opposing player says Kelly was putting on a front. The Dodgers pitcher was suspended for eight games, which was later reduced to five, following a bench-clearing incident that resulted from some inside pitches and an exchange of words with Astros star Carlos Correa after striking him out.
Kelly was not on the Dodgers 2017 team that was defeated by the Astros in the World Series, he was on the Red Sox then, but has taken on the long-standing beef as his own. Kelly has called the Astros players “snitches” for their sign-stealing scandal since the bench-clearing altercation, and added that the responsibility in the scandal is also on Houston players despite none of them getting suspended by MLB.
“He started that issue with what he said after he struck Carlos out – not going to repeat it. Citing the ‘Oh, I didn’t get close.’ Joe was scared. Carlos isn’t the right dude to mess with. It is what it is. I’m beyond it. He got his five games.”

McCullers said the biggest issue with the entire ordeal is that he believes Kelly was throwing at players’ heads.

Here’s what McCullers said: “Throwing 97 mph fastballs at guys’ heads isn’t the way it’s done. If you are going to be the person that carries the big stick, if you’re going to be the holier than thou, you better do it the right way,” he said. “That was, I think, our biggest issue with it.”
Following the altercation, Astros manager Dusty Baker told reporters that Kelly said “Nice swing, bitch” to Correa after striking him out. Astros Lance McCullers went on The Athletic’s “Starkville” podcast to discuss the incident and claimed Kelly was “scared” of Carlos Correa and the rest of the Astros once the benches cleared.