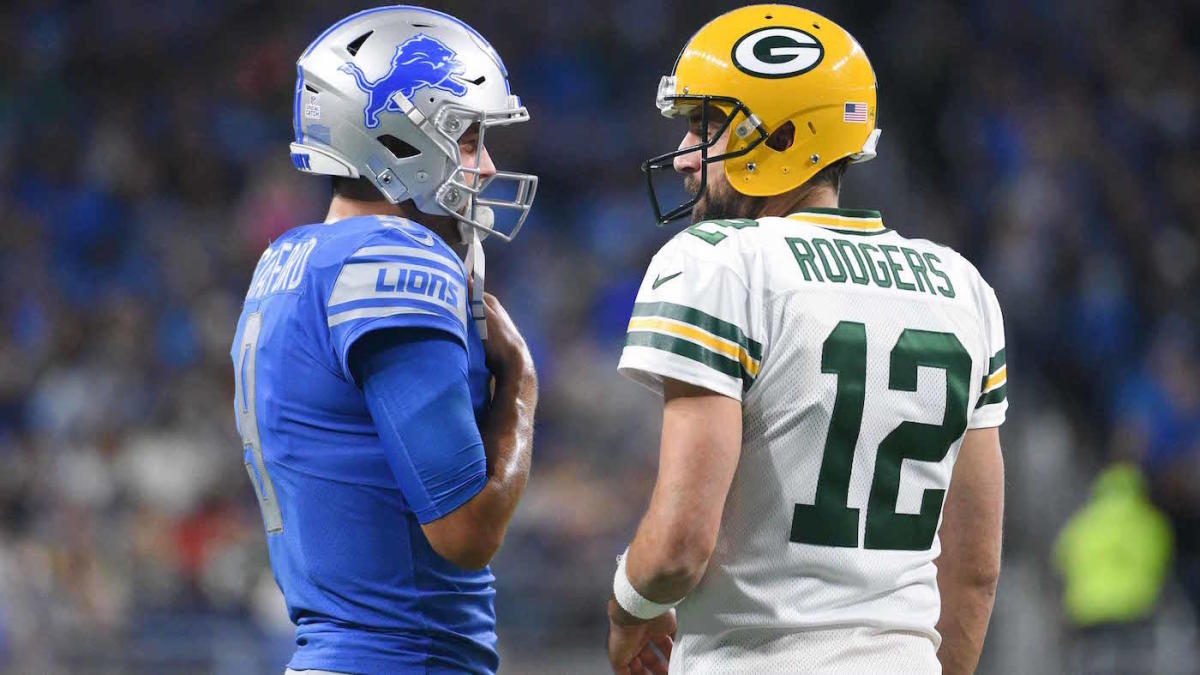 Over the next two weeks, we will unveil our preseason All-Division teams. They were compiled largely by a panel of one, though there was significant input from the writing and editorial staff at CBSSports.com after I took an initial run at the rosters on my own.

There are three really good candidates for the quarterback spot. Matthew Stafford is coming off what was shaping up to be the best season of his career before he got injured. Kirk Cousins remains one of the most efficient and least turnover-prone quarterbacks in the league. Rodgers tends to combine the best of both players when he hits his ceiling, which he admittedly has not done in a few years now. He appears headed for a divorce from Green Bay sooner rather than later, but his ability to avoid negative plays and make throws few other quarterbacks can manage (when he decides he’s willing to aim for a tight window instead of throwing it away) put him over the top.

Cook is coming off a terrific year, and seems likely to get the new contract he wants, fairly soon. He’s an excellent receiver out of the backfield, and a home-run threat every time the ball is handed to him. Jones is due for some touchdown regression after his ridiculous scoring volume last year, but he, too, is excellent as both a runner and passer. For some reason, two consecutive Packer coaches have been reluctant to turn him into the full-time lead back, but the skill is absolutely there for him to be just that.

Rodgers’ No. 1 target, Adams is a consistent double-digit touchdown threat, a remarkable route-runner who works the sideline better than almost any wideout in the league. He is a target monster who should see even more volume this year after the Packers did next to nothing to add talent alongside him this offseason. Golladay is coming off his best season, and he did that work without Stafford for half the year. He’s a terrific downfield threat and seemed to be building an even better rapport with Stafford before the QB got hurt. Go look at Robinson’s career production and try to explain it. He’s had Blake Bortles and Mitchell Trubisky as his quarterbacks and he just keeps balling.

This division does not have strong tight ends. Hockenson is a breakout candidate but apparently his balky ankle is still bothering him in camp, which is not a great sign.

The best pass-protecting tackle in the NFL Bakhtiari was a shoo-in for one of the bookend spots here. Over the past five seasons, he has ranked sixth, first, first, first, and second in Pro Football Focus’ pass-blocking grades. The tackle pool is relatively thin elsewhere in the division, but Decker is coming off a solid season and has been an average or better starter, for the most part.

The pickings are similarly slim along the interior line. Taylor is coming off a season where he played only two games due to injury. The Lions let their best interior offensive lineman leave in free agency. Cody Whitehair and James Daniels flipped positions and neither distinguished themselves as necessarily all that much better than the other. You could make a pretty decent argument for taking three completely different interior linemen from this division and I couldn’t really argue with it. Taylor-Jenkins-Ragnow is just kind of where we landed, given Taylor’s track record, Jenkins’ strong rookie year, and Ragnow’s step forward in Year 2.

Hunter transitioned over the past few years from sub-package star to all-around superstar, and he remains one of the best edge players in the league. Count me among those skeptical that he is going to suddenly fall off without Everson Griffen rushing across from him. Mack was not as dominant last season as he was during his first year with the Bears, but he is still an electric pass rusher and very strong run defender. It physically pained me to leave Za’Darius Smith off this roster, but I’m not sure how to justify taking him over either Hunter or Mack.

Perennially underrated, Clark finally made the first Pro Bowl of his career last season. It was well-deserved, and there are surely more of them in his future. He is a beast up the middle of Green Bay’s defense, collapsing the pocket and making plays in the backfield. Eddie Goldman could have been a candidate for the second interior spot before opting out of this season, so instead it goes to Hicks, who is making his way back from an injury that limited him to just five games last year.

Kendricks is just fantastic in coverage. He’s one of the most athletic linebackers in the league and he makes life monumentally tough on opposing tight ends and running backs. Smith is a sideline-to-sideline tackle machine, the kind of player you plug into the middle of your defense and just forget about addressing that position for the next 10 years or so. And Collins should be able to have more impact with the Lions than he did the last time he left New England, with his former defensive coordinator now acting as his head coach in Detroit.

Fuller’s interceptions came down from seven to three last season, which was expected, but he also still allowed only 1.43 yards per coverage snap, per Pro Football Focus. He remains an excellent corner and there’s no reason to expect that to change in 2020. Alexander slowed down a bit after his ridiculously hot start to the season, but he has the size-length-strength combination to be a true shutdown type of guy if he puts it all together for a full year. The third cornerback spot came down to Kevin King and Justin Coleman, and we ended up going with Coleman as the slot guy.

If it weren’t for guys like Earl Thomas and Jamal Adams, both safeties on our list would get discussed more often in “best safety in the league” conversations. Both Jackson and Smith are aces in coverage, with Jackson playing more of a deep role and Smith coming down into the short and intermediate ranges more often. They are also both tremendous run support players, Smith in particular. They’re flat-out stars.