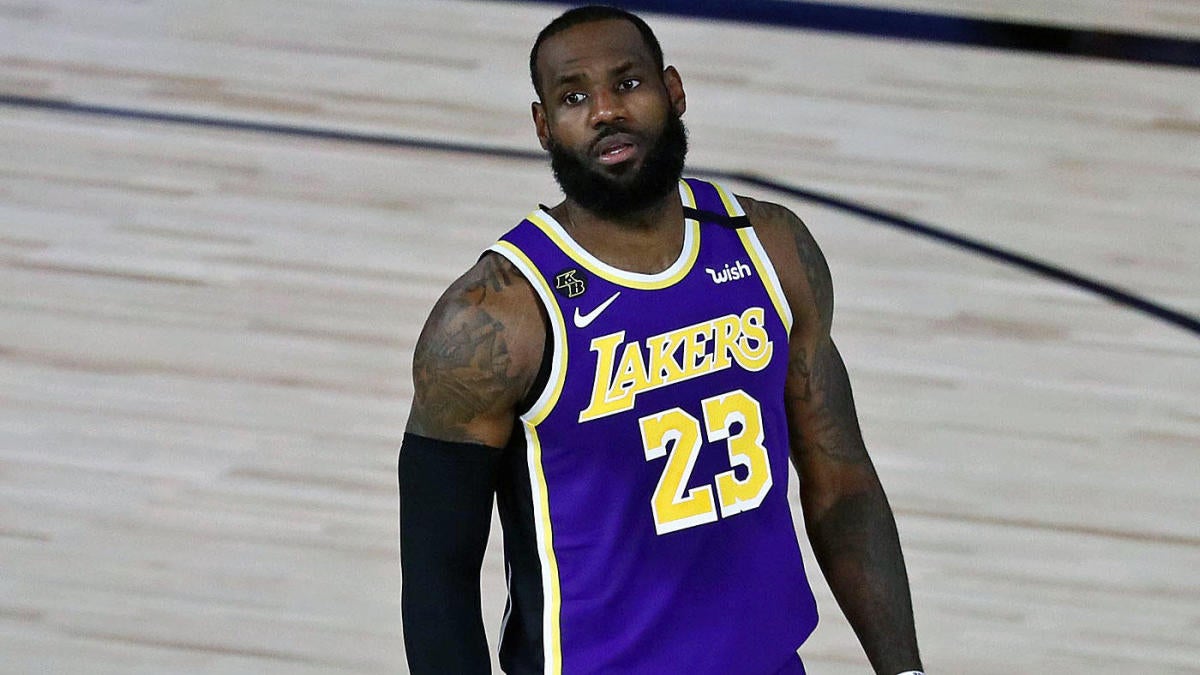 Watch Now: Time to Schein: The Bucks will not make it to the NBA Finals (1:25)

LeBron James opted out of his contract with Cleveland after the 2017-18 season and joined the Los Angeles Lakers with the hope of helping the team return to the postseason for the first time in six campaigns and win its first NBA championship since 2010. Things didn’t go as planned in his first season with the club, as the four-time MVP was limited to 55 games due to a groin injury and the Lakers again missed the playoffs. With Anthony Davis at his side, James guided Los Angeles to the top of the Western Conference and looks to begin a deep postseason run when the team faces the Portland Trail Blazers in Game 1 of their first-round 2020 NBA Playoffs series on Tuesday.

Tip-off at AdventHealth Arena in Orlando, Fla. is set for 9 p.m. ET. William Hill lists Los Angeles as a 6.5-point favorite, while the over-under is 233.5 in the latest Blazers vs. Lakers odds. Before making Lakers vs. Blazers picks, see the NBA predictions from SportsLine’s advanced computer model.

Now, the model has set its sights on Lakers vs. Trail Blazers. You can visit SportsLine now to see the picks. Here are the NBA odds from William Hill and trends for Trail Blazers vs. Lakers:

Why the Blazers can cover

Portland is one of the top offensive teams in the NBA as it finished the regular season sixth in scoring with an average of 115 points. The Trail Blazers also enter the series on a roll, winning four straight contests and six of their last seven — including a 126-122 triumph over Memphis in Saturday’s play-in game. They’re already in playoff mode, considering they’ve won by a total of 11 points during their current streak and rallied from an eight-point deficit in the fourth quarter of the victory over the Grizzlies.

Damian Lillard led the way in that win with 31 points and 10 assists while CJ McCollum scored 14 of his 29 points in the final quarter despite playing with a fracture in his back. Jusuf Nurkic proved he can be a beast on the boards as he grabbed 21 rebounds –17 in the first half, with no teammate having more than one — to go with his 22 points. Lillard averaged 36 points in three meetings with the Lakers this season and Hassan Whiteside had 22 per game after scoring 30 in Portland’s victory on Jan. 31.

Why the Lakers can cover

Los Angeles won two of its three regular-season meetings with Portland and is 9-2 in playoff series against the Trail Blazers, defeating them each year during the team’s three-peat from 2000-02. James, who led the club with a career-best 10.2 assists this campaign, is looking to make the Lakers the third team with which he’s won a championship after helping guide Miami (twice) and Cleveland to titles. The 35-year-old forward has made nine overall appearances in the NBA Finals, winning MVP honors three times.

James and Davis both performed well against the Blazers in 2019-20. The former recorded a pair of double-doubles, including a 21-point, 16-assist performance in Los Angeles’ 128-120 road victory on Dec. 28, while the latter scored 39 points in a 136-113 triumph at Portland on Dec. 6 before recording 37, 16 boards and five blocks in a 127-119 loss on Jan. 31. Power forward Kyle Kuzma led the Lakers in scoring four times this season — with one of the occasions coming in the win in late December, when he came off the bench to produce 24 points on 9-of-17 shooting.

How to make Lakers vs. Blazers picks

SportsLine’s model is leaning under the total, as only two players on each team are projected to score more than 15 points apiece in the simulation. It also says one side of the spread hits in well over 50 percent of simulations. You can only get the pick at SportsLine.

So who wins Blazers vs. Lakers? And which side of the spread hits in well over 50 percent of simulations? Visit SportsLine now to see which side of the Lakers vs. Blazers spread to jump on, all from the advanced model that is up over $4,700 on its top-rated NBA picks this season, and find out.