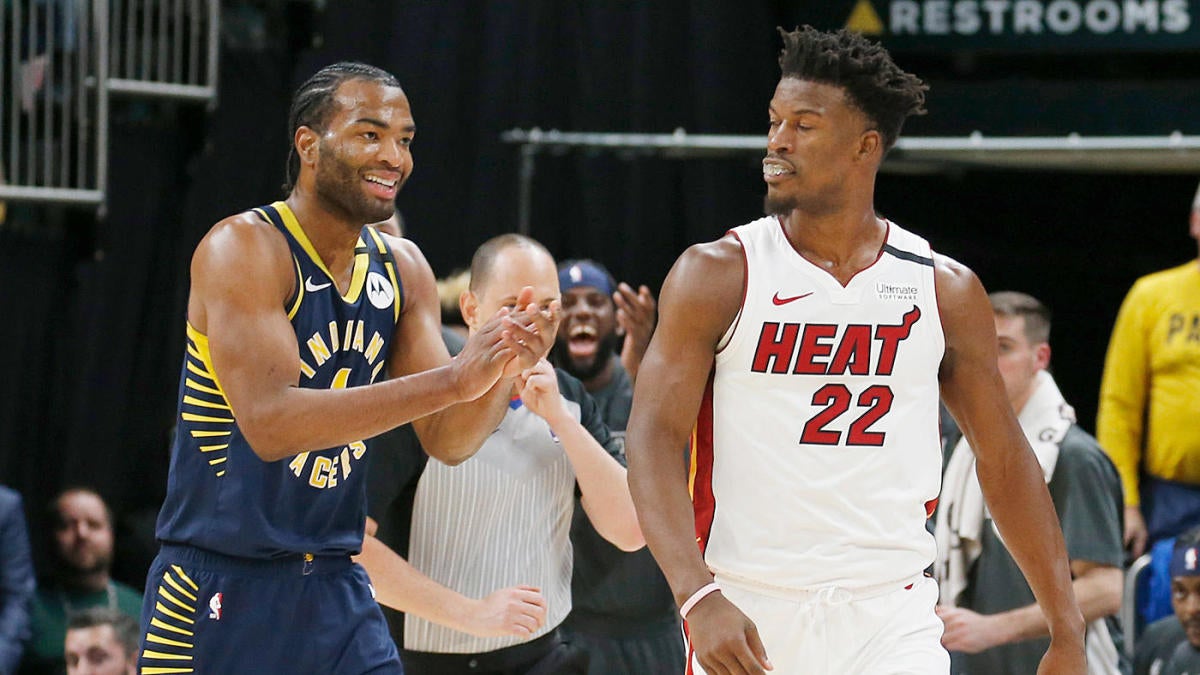 Fans of drama should love the Eastern Conference’s first-round series between the Miami Heat and Indiana Pacers. Whether it’s the ongoing feud between Jimmy Butler and T.J. Warren, the relative closeness between these two teams (who finished only one game apart in the standings) or the overall chippiness that both sides play with, this is not going to be a pleasant first-round matchup. Prepare yourself for six or seven close, physical games.

And that starts with Tuesday’s Game 1. Both the Heat and Pacers have dealt with some injuries leading into the postseason, but both should be as close to full strength as they’ll get in the bubble for this one. Here’s everything you need to know as the Pacers and Heat get set to square off in the first round.

How to Watch Game 1

Heat: The Heat made a calculated decision during the hiatus. Their original starting lineup with Meyers Leonard outscored opponents by 12.4 points per 100 possessions during the regular season, per Cleaning the Glass, but they decided to move Bam Adebayo to center and insert Jae Crowder into the starting five assuming they would need that defensive versatility. The Pacers, playing small with three guards, T.J. Warren at power forward and a shooter in Myles Turner at center, are a perfect test case. Miami’s defense has been quietly shaky all season outside of the stellar Adebayo-Jimmy Butler duo. If it’s going to reach championship-caliber, it starts in this series.

Pacers: T.J. Warren posted some gems in the bubble, including his 53-point explosion against Philadelphia, but he also has a few clunkers, like his 7-of-20 showing against the Suns. He’s been one of the bubble’s best players on balance, but a bad series against Miami could suggest to Indiana that this stretch is a fluke. In that sense, this is series is not the only thing on the line for Warren. He could lead the Pacers past the Heat, but he could also prove that he needs to be a power forward long term. That would require an organizational commitment that likely includes a trade of one of their incumbent big men, but if Warren can go toe-to-toe with Butler for a whole series, he’ll have proven it’s a worthwhile bet.

Hell hath no fury like a scorned Jimmy Butler. When the Heat and Pacers met last week in the first rematch between Butler and Warren since the “he’s not in my league” game, Butler held Warren to only 12 points in a 22-point Miami victory. The margin isn’t going to be that steep every time, but it points to the larger truth at play here. The Heat have a genuine superstar in Butler. The Pacers don’t. If he wins that matchup as handily as he’s capable of, this series is a walkover. Until Warren proves he can hang with a motivated, playoff version of Butler, Miami is the logical pick. Pick: Heat -4