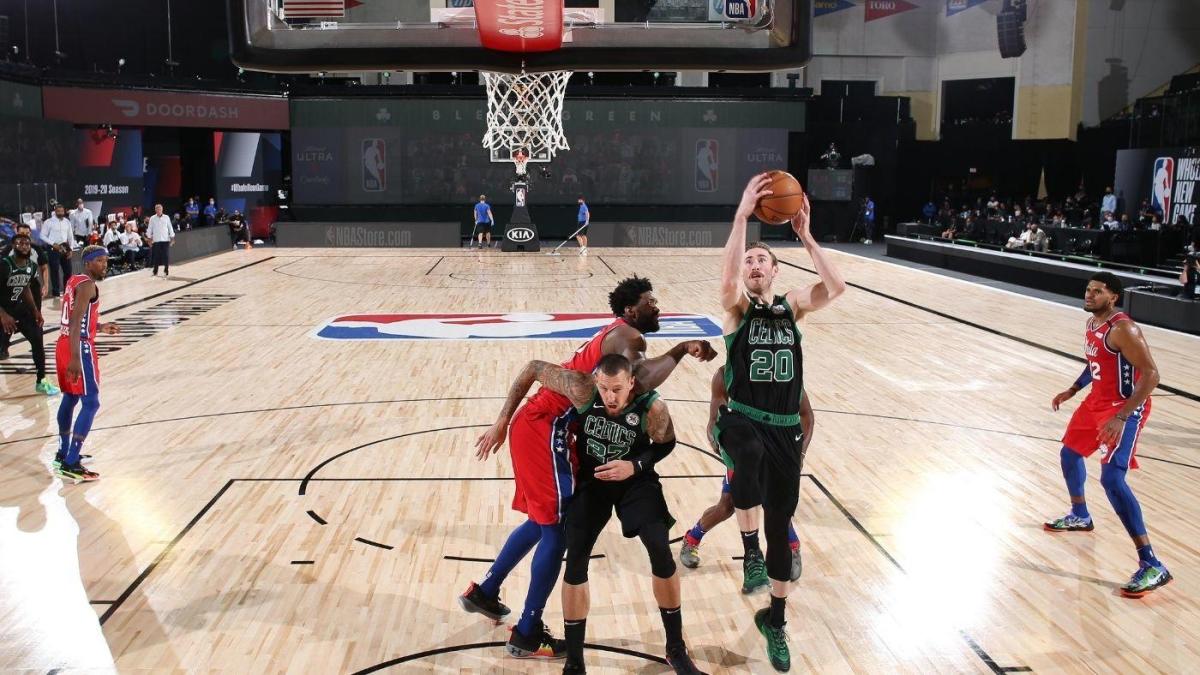 The Boston Celtics took a 1-0 series lead against the Philadelphia 76ers with a 109-101 victory on Monday, but let’s hope they didn’t lose Gordon Hayward in the process. Hayward, who finished with 12 points, came down on awkwardly on his right ankle while fighting for a rebound with a little over three minutes to play in the fourth quarter.

Hayward left the game, and per ESPN’s Adrian Wojnarowski and Malika Andrews, will have an MRI on Monday night to determine the severity of the injury, which was initially ruled a sprain. Andrews later added that Hayward left the arena on crutches, which sounds about as bad as the ankle roll looked.

Here’s the video of the play:

Hayward obviously has a nasty injury history with the Celtics, beginning with the stomach-turning ankle/leg break he suffered less than five minutes into his Celtics career in 2017, which cost him that entire season. He’s been nagged by other injuries since then, and how here we go again.

The Celtics can only hope it’s not as serious as leaving on crutches and that video would suggest because they need Hayward. When he’s shooting well and creating offense, they go to another level.

*This story will continue to update as information becomes available.