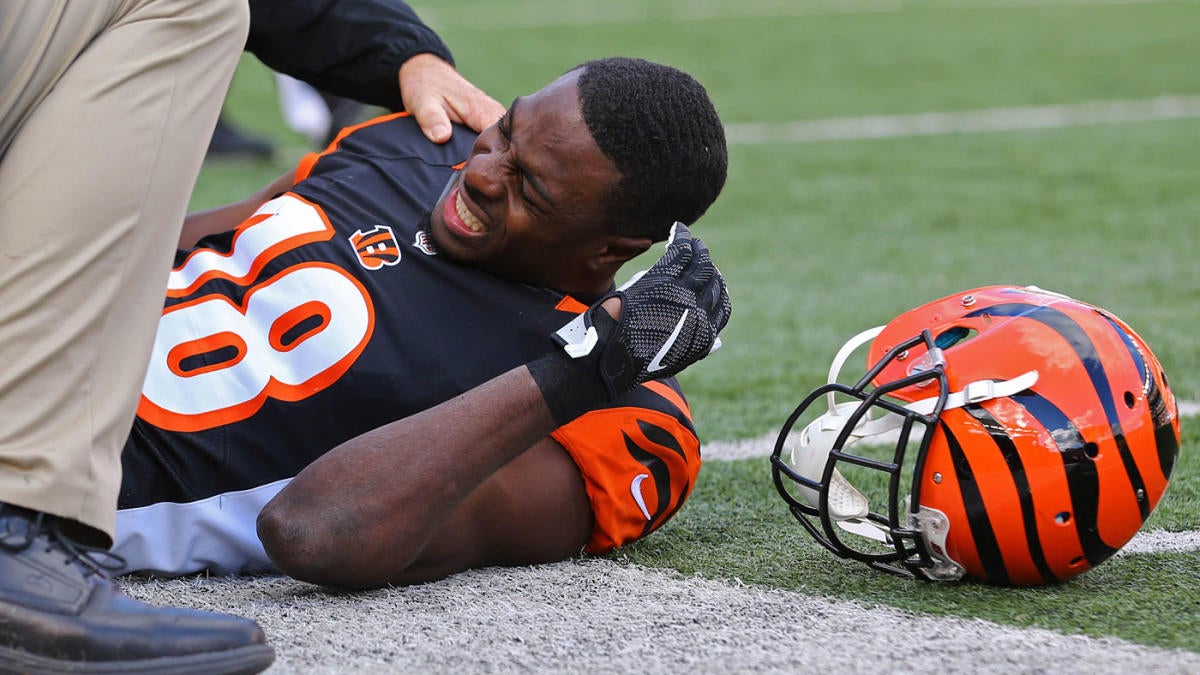 The Cincinnati Bengals have been unlucky when it has come to injuries over the past few years, and star wideout A.J. Green is apparently dealing with another issue that forced him to miss the end of Monday’s training camp practice. According to Jay Morrison of The Athletic, Green tweaked his left hamstring in practice and was held out for the rest of the session. He did remain on the field with his teammates, but spent time with trainers getting looked at. After practice, Bengals head coach Zac Taylor said Green was held out at the end for precautionary reasons, and that they will follow up with him on Tuesday, according to ESPN’s Ben Baby.

While this doesn’t appear to be a serious injury, it’s noteworthy considering Green has dealt with multiple preseason injuries that have held him out for a considerable amount of time. Just last year, Green suffered an ankle injury in training camp that cost him the entire season. While an initial X-ray showed no signs of fracture, the original thought was that Green would miss the entire preseason. Unfortunately, that timeline then drifted into the regular season and Green ended up never dressing for Cincinnati in 2019.

Green has played in just nine games over the last two seasons, but the Bengals still made the decision to place the franchise tag on the seven-time Pro Bowler — which will pay him almost $18 million in 2020. Taylor told reporters that everything had been positive with Green this offseason, and that he was finally fully healthy after a tough two years.

No. 1 overall pick Joe Burrow reportedly made it clear to the Bengals ahead of the 2020 NFL Draft that he wanted the team to find a way to keep Green on roster. He has been one of the best receivers in the NFL over the past decade, and has recorded 602 receptions for 8,907 yards and 63 touchdowns in 111 career games.