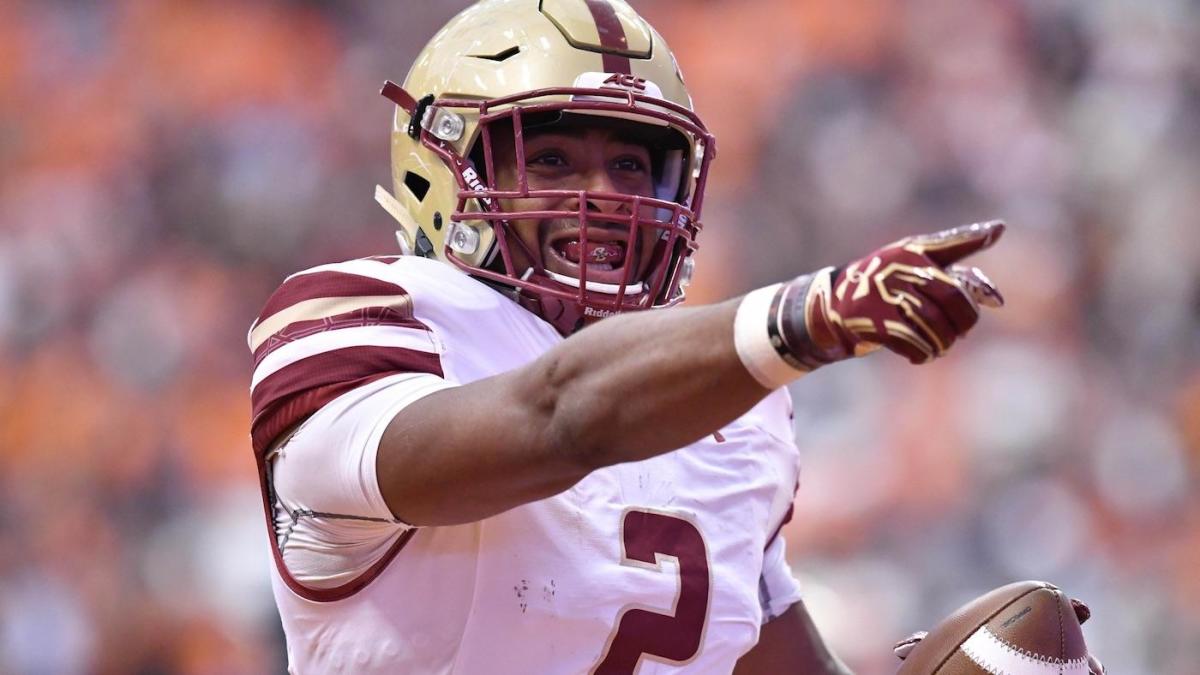 The Green Bay Packers‘ running back corps had an incredibly successful season in 2019. Aaron Jones racked up over 1,500 yards from scrimmage and 19 total touchdowns — which tied for the league lead in combined rushing and receiving touchdowns — and Jamaal Williams also recorded over 700 yards of total offense and six touchdowns. Despite this, the Packers used their second pick in the 2020 NFL Draft to select one of the top running backs available.

Former Boston College running back AJ Dillon rushed for 1,685 yards and 14 touchdowns in his junior season, and racked up 4,618 yards from scrimmage and 40 total touchdowns in three years. While he worked mainly as the No. 3 running back when the Packers hit the practice field, he was the player everyone was talking about — mostly just because of how he looked physically.

“He has got some massive legs,” Packers head coach Matt LaFleur said, via Rob Demovsky of ESPN. “That’s something we talked about with our staff, we have not seen a running back built like that — not in my career, that I’ve been around.”

While the Packers aren’t allowed to hit in practice yet, Dillon’s physical makeup had defenders across the line of scrimmage already debating how to take him down.

“As a linebacker, you want to man up and say, ‘If I see you in the hole, I’m going to hit you up top,'” linebacker Christian Kirksey said. “But when you see how big he is, you’ve almost got to go low. But then you look at his legs, and he’s got tree trunks. So you might want to think twice with that, too. So I’m excited to see what he brings to the table. He’s an extremely good guy. You see that, his personality. He’s kind of quiet, but he’s all about business. So I’m eager to see how he plays and be a one-two punch with Aaron.”

CBS NFL Draft writer Chris Trapasso believes that Dillon is a player who will come in and make an immediate impact. He even thinks he could replace Williams this year:

“Teams don’t select running backs in the second round to have them stand on the sidelines or get the third-most carries in their rookie seasons. And Dillon is a unique runner, 6-0 and 247 pounds with 4.53 speed and phenomenal explosiveness. With Jones set to be the workhorse (obviously) there likely won’t be enough carries to go around for three backs to be in a committee together. Williams will have an uphill climb to get the ball or even make the team in 2020. If he’s cut, the Packers save $2.1 million.”