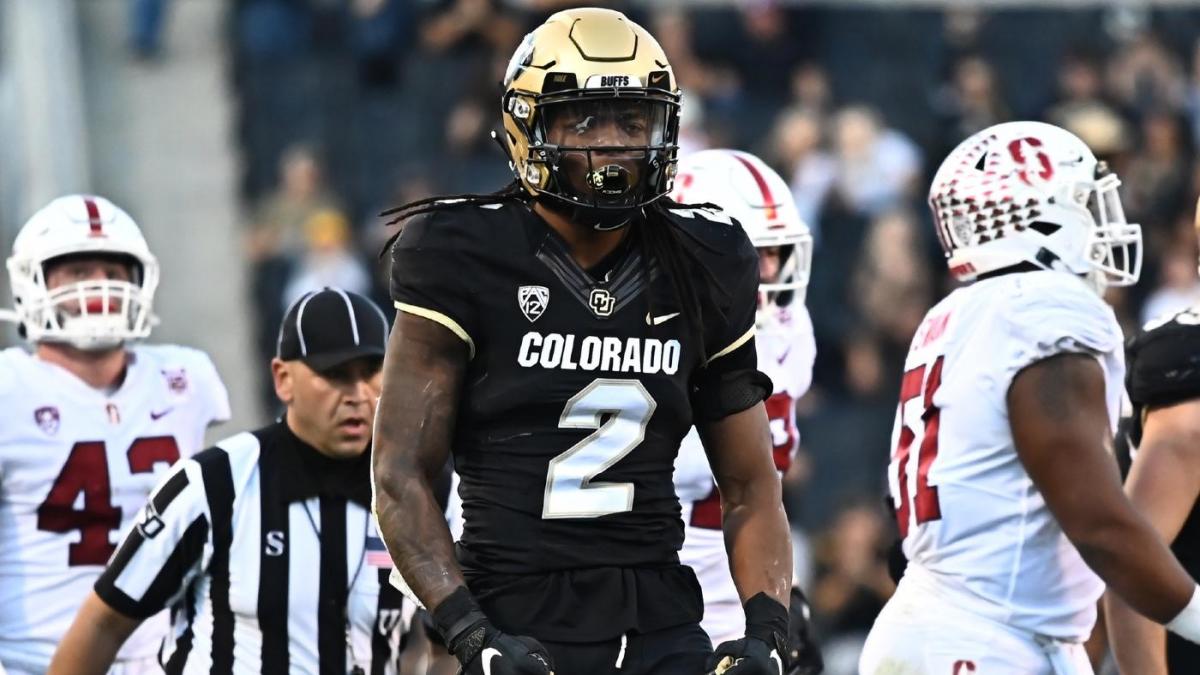 If Laviska Shenault is behind the 8-ball after the first full-speed practice of Jacksonville Jaguars training camp, one has to wonder how good the rookie wide receiver will be when he does catch up. Shenault has caught the eye of Jaguars coaches and teammates with his impressive athleticism and explosiveness after the catch.

Low and behold, the Jaguars can’t wait to see Shenault perform once the pads come on.

‘Laviska is a freak, man. I knew it when we played him at Colorado,” said Jaguars quarterback Gardner Minshew, via John Reid of the Florida Times-Union. ”He’s a lot better route-runner, a lot better at catching the ball than I even expected.”

Shenault has enormous potential as a big target on the outside, but injuries are why he fell to Jacksonville in the second round. Shenault underwent surgery to repair a core muscle injury, adding on to the torn labrum in his shoulder (2018) among his injury issues. He’s been banged up, but clearly the talent is there.

“You know, he’s an incredible athlete. I mean, when you get a visual on him I don’t think you realize, until you actually see him up close, how big he is, how strong he is, how powerful he is,” said Jaguars head coach Doug Marrone in a conference call earlier in the week. “I think he can play multiple positions and it’s just a matter of ‘Let’s get him off to a great start,’ which he has.

“Catching the ball extremely well, he can run, he can get in and out of cuts. So, it’s going to be an exciting camp for that group. They’re all showing that they have good ball skills, they all work extremely hard. (Wide receivers coach) Keenan McCardell does a great job with them. So, there’s going to be a lot of competition there and you know, it’s going to be good for everybody. Those young guys are going to push the older guys.”

Shenault will battle with Chris Conley for the outside receiver spot opposite DJ Chark as Dede Westbrook will man the slot. The Jaguars could go with Conley to start the year as the No. 3 wide receiver in order to give Shenault more time to get acclimated to the offense, but the rookie may not need it after all.

“So, I’m definitely ears open and I’m listening to my receivers because they’ve played 17 years and the vets in the room that have years under their belt. So I’m always listening and they’re always helping out.”