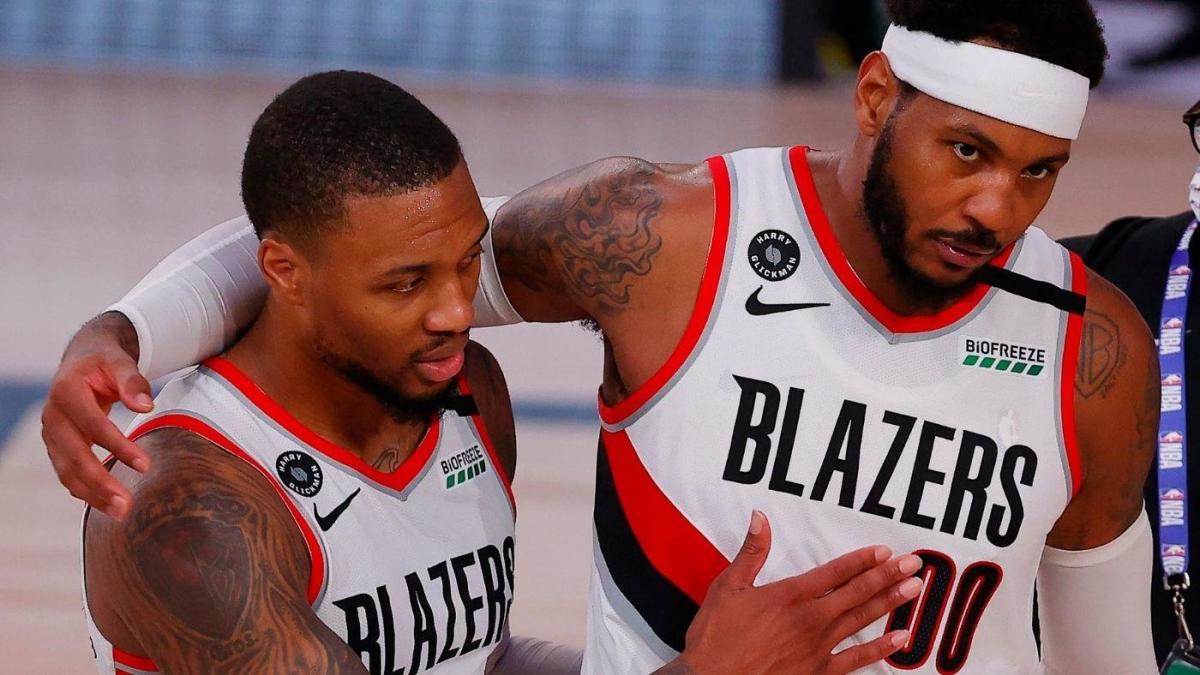 Carmelo Anthony is often thought of as a solo star from his days with the New York Knicks, but in the latter phase of his career — not including his Olympic experience — he’s had at least six no-doubt Hall of Fame teammates in Allen Iverson, Russell Westbrook, Paul George, James Harden, Chris Paul and now Damian Lillard. He also played with Amar’e Stoudemire and Chauncey Billups, but neither of those All-Stars were at their peaks when they played with Anthony.

That’s a star-studded cast. And Melo says none of them stack up to Lillard, whom Anthony recently identified as the best player he’s ever played with.

Lillard is on an absurd run right now as the Trail Blazers have rallied from four games back entering the bubble to securing the No. 8 seed in the Western Conference. Game 1 of their series against the top-seeded Lakers is scheduled for Tuesday, and there’s a growing belief — however realistic — that they can give LeBron and company some real trouble if Lillard keeps playing this way.

But to Melo’s point, it’s not just Lillard’s on-court production. It’s his effect on the locker room. The overall organization. The entire city of Portland. Lillard has been lauded by teammates as one of the best leaders in the game, and indeed there are few athletes in any sport that have come to mean more to their franchise and city.

Lillard has never thrown a teammate or coach or GM or owner under the bus, perhaps even when it would’ve been justified. He has lifted the career of Jusuf Nurkic, and he was in full support of Anthony when virtually nobody else in the league would give him a look. Now Anthony is balling, and there’s no doubt the appreciation he feels for Lillard as both a basketball player making scoring life easier on him and as a leader and friend who stood, and continues to stand, in his corner.

This is quite a compliment coming from a guy like Anthony, who has pretty much seen it all in the game of basketball.