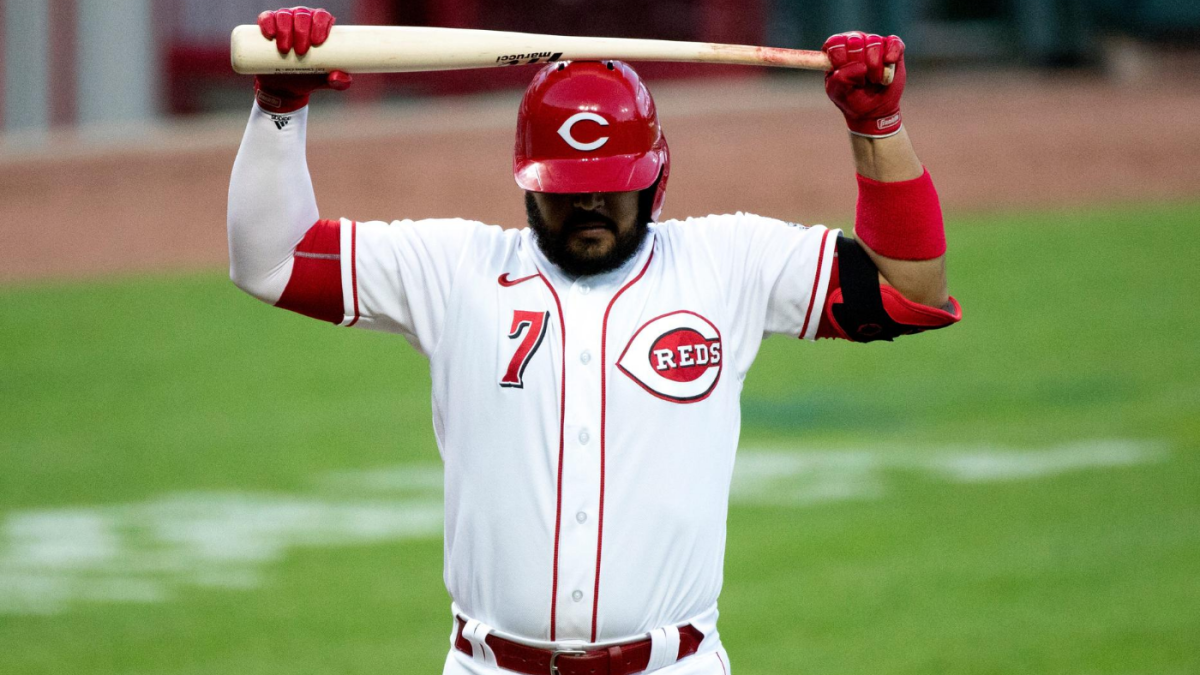 Watch Now: Highlights: Brewers vs. Cubs (1:46)
The starting pitching has mostly been excellent. Sonny Gray and Trevor Bauer have been amazing. Luis Castillo has mostly been good, as has Tyler Mahle. The bullpen, on the other hand, has been terrible. The Reds relievers sit with a 6.45 ERA with four losses and four blown saves.
The most troubling thing has been the schedule. Naysayers of the Cubs are attempting to discredit their record by saying they haven’t played good teams. The Reds should be in this position. They’ve had nine games against the Royals, Tigers and Pirates and have gone 4-5 in those games. Let’s say they take care of business against those inferior rosters and go 7-2. All of a sudden, the Reds are 11-8 and right on schedule as the contenders we thought they’d be. Instead, they are 8-11 and we’re still waiting for them to show us they can actually contend.

Reds scuffling despite schedule and starters

The hunch here is this is also just not a very good team. The Brewers sit 7-10 and have only won one series — lumping in the two and two, home-and-home series against the White Sox as one series — and it came against the hapless Pirates, in which they needed a desperate comeback late to pull that off.
Lots of parts in the bullpen have been good, but it’s not as deep as in 2018 and there’s only so much a bullpen can do.  There’s less hope with the Brewers than the Reds. Again, there’s good news in there being eight playoff teams, but I just don’t find much here to be excited about.
The offense is just dreadful. There’s no way around it. Among players who have played more than 10 games, the best OPS+ is Keston Hiura’s 96. That is to say, the best offensive player to this point is four percent worse than league average at getting on base and hitting for power. Christian Yelich is hitting .167 with 21 strikeouts in 60 at-bats and though he’s improved in the past few weeks, he still doesn’t look right. Past those two, who are we really expecting to lead the offense? Justin Smoak hasn’t been good since 2018. Brock Holt? Avisail Garcia?

Let’s focus on the Brewers and Reds, though. They are both on the short list for the most disappointing teams in baseball.  The disappointing Brewers and Reds — along with how messed up the Cardinals schedule will be moving forward — have really paved the way for an easy Cubs division title. Things can always fall off the rails. The Cubs lost nine straight last September, after all. But the way things are headed, it’s the Cubs’ division to lose.
The offense has been inconsistent and they just don’t hit enough. The Reds rank 13th in the NL in batting average at a dreadful .215. On-base percentage and slugging percentage are more important, but a team simply can’t get by without getting hits on even a quasi-consistent basis. One would expect Eugenio Suarez to pick it up, but are there really other obvious areas where someone is drastically underperforming? Perhaps Tucker Barnhart, but it’s not like he’s an All-Star offensive presence.
I’m just not seeing it with this offense.
Heading into the season, most people expected a furious race in the NL Central. The SportsLine projections had the Cubs, Reds, Brewers and Cardinals within one game of each other after the 60 games played. Several weeks in, however, a different picture is being painted. The 13-3 Cubs have the best record in baseball and lead the Reds and Brewers both by a whopping 6 1/2 games. Meantime, the Cardinals are only 2-3 and have a lot of baseball to make up.  The hunch here is this is just not a very good team. The good news is there are eight playoff spots up for grabs among 15 NL teams this season. Sneak in and that playoff rotation could do some damage.

In the rotation, Brandon Woodruff is good. Adrian Houser is showing signs that are promising. Past that, though? Not good.