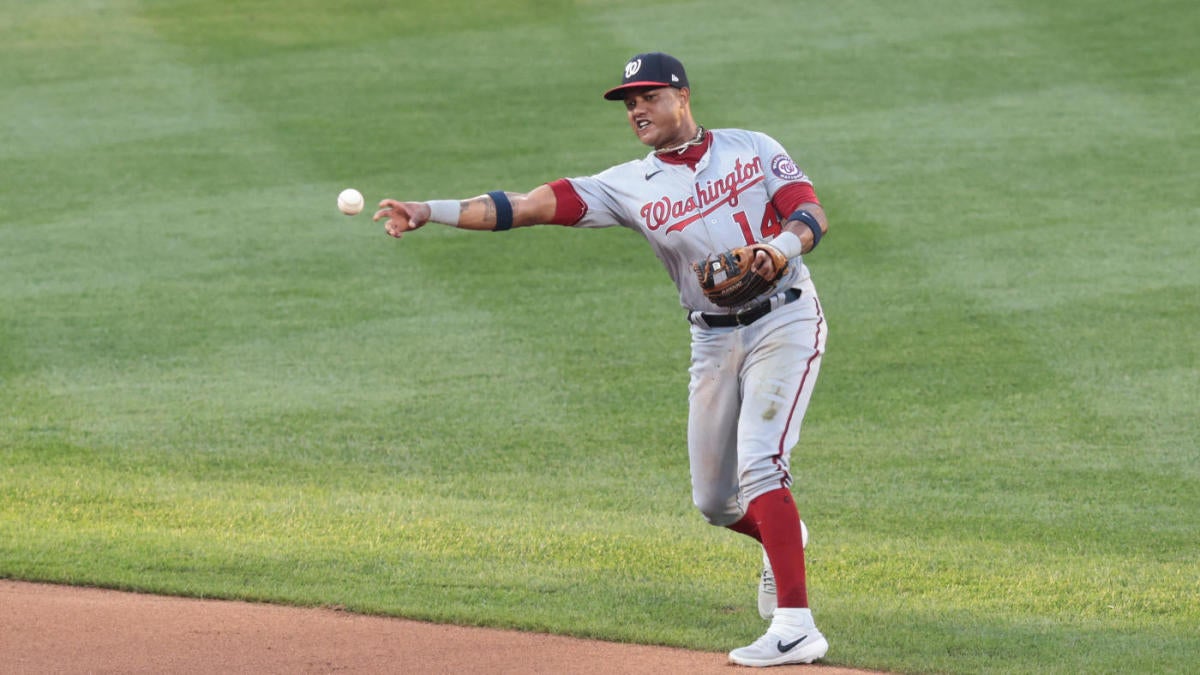 Watch Now: Highlights: Mets vs. Nationals (1:54)
Friday afternoon’s loss technically happened last Sunday but, no matter when you count it, the Nationals have now lost six of their last eight games to fall to 6-10 on the season. FanGraphs says their postseason odds have slipped from 76.7 percent before the season to 51.7 percent Friday. That’s a significant drop in a short period of time, especially with an expanded postseason field.
Here’s the play that resulted in the injury:
At the same time, the Nationals are only one game behind the second wild-card spot, and there more than six weeks remaining in the season. Washington started poorly last year — they were 19-31 through 50 games — before turning things around. They don’t have as much time to right the ship this year, but it is doable. Now they’ll have to do it without Castro. With Castro out the Nationals could play Asdrubal Cabrera at second base and Carter Kieboom at third base full-time. They’d been sharing time at third base, with Cabrera also getting reps at first base. The starting lineup could look something like this going forward: The Nationals lost more than the suspended game Friday. They also lost starting second baseman Starlin Castro to a broken right wrist. Castro suffered the injury while diving to his left trying to field a groundball in the sixth inning. The team has announced the injury and placed Castro on the 10-day injured list. No timetable for his return was provided.

The upstart Baltimore Orioles extended their winning streak to six games with a victory over the Washington Nationals (BAL 6, WAS 2) on Friday afternoon at Camden Yards. It was the completion of last Sunday’s game at Nationals Park, which was suspended because of rain (and a tarp malfunction) in the sixth inning. Baltimore held a 5-2 lead when the rain came.
Castro, 30, has been one of Washington’s steadiest hitters this year, taking a .283/.317/.467 batting line with two home runs into Friday’s suspended game. He and Trea Turner had been the only Nationals to start every game this season.  The Nationals called up infield prospect Luis Garcia to replace Castro and he is in Friday night’s lineup (GameTracker). The 20-year-old has never played at Triple-A and he authored a .257/.280/.337 batting line in 129 Double-A games last season. Despite that, MLB.com says he has “plus bat-to-ball skills” and a “knack for barreling the ball to all fields.”