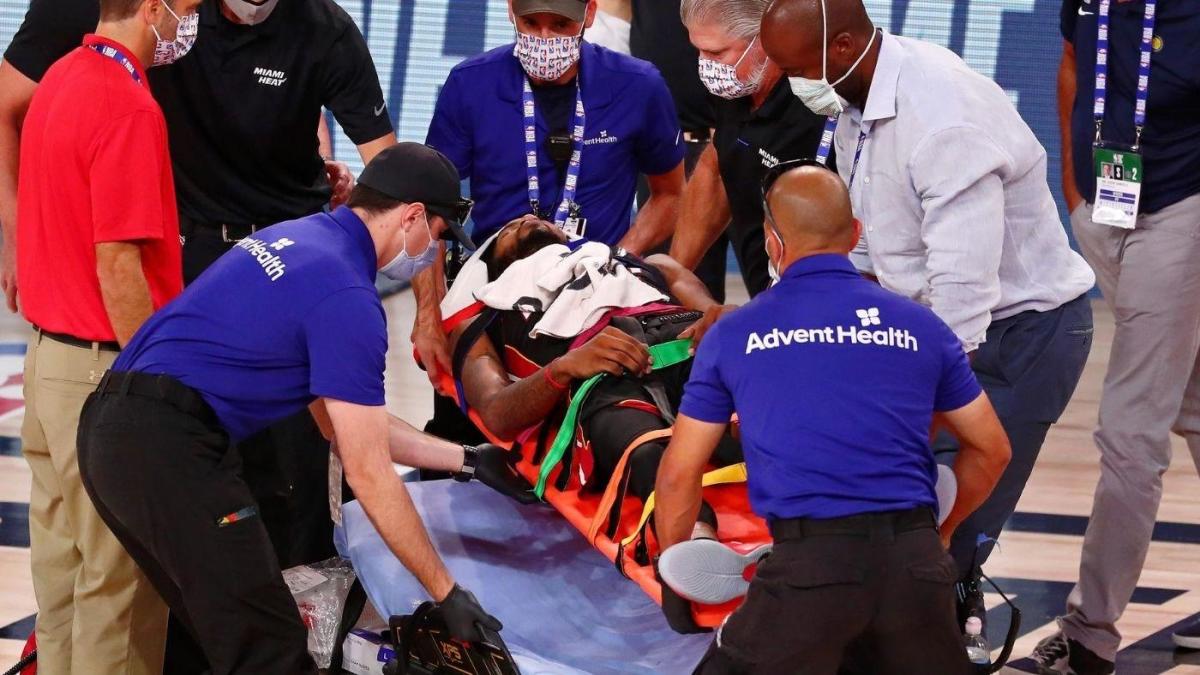 Miami Heat forward Derrick Jones Jr. needed to be taken off of the floor of Friday’s game against the Indiana Pacers after a hard fall. The apparent injury came after a collision with Pacers center Goga Bitadze. Jones was chasing Doug McDermott around a screen when he collided with Bitadze’s shoulder.

He immediately fell hard to the ground and started holding his neck. He was on the ground for several minutes afterward. A stretcher came out shortly to get him off of the floor, and a collar was placed on Jones’ neck for support. Fortunately, the diagnosis is not nearly as bad as it could have been. Jones has a strained neck, according to The Athletic’s Shams Charania, and will be re-evaluated over the weekend.

Today’s game had no functional bearing on the standings. The Heat and Pacers have been locked in to a first-round meeting with one another for a few days now, meaning today was nothing more than a tune-up before their first-round series.

Jones, who went undrafted in 2016, was in the middle of his best season as a professional. He averaged 8.6 points in around 23 minutes per game while providing strong defense and several highlight dunks. He is set to become an unrestricted free agent this offseason.

Neck injuries are a relative rarity in the NBA. Though basketball is a contact sport, these kinds of collisions are thankfully scarce. Sadly, Jones was on the wrong end of a big one today. Things could have been a lot worse, though, and hopefully Jones can recover in time for the postseason.