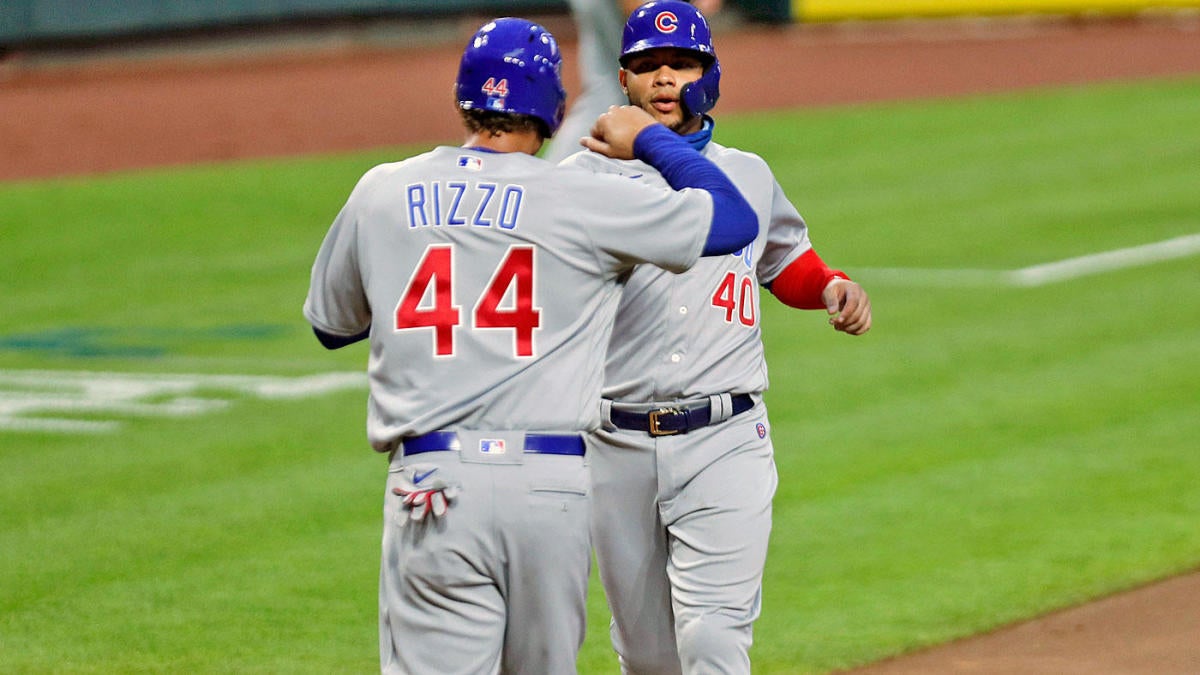 Watch Now: Highlights: Brewers vs. Cubs (1:46)
Ken Rosenthal on the FOX telecast Thursday night mentioned that bench coach Andy Green said he’s never seen a team that loves and respects its manager as much of the Cubs do new skipper David Ross.
Any minute now, we’re all gonna get together and sing “Kumbaya,” right?
All of this against the backdrop of an ownership group talking about “biblical” financial losses this season after really tamping down on spending each of the last two offseasons while Bryant, Baez, Schwarber and Contreras are in line for huge raises in arbitration. We can all see where this is headed. Unless the Cubs make a deep playoff run and make a windfall of money as a result — and even then, we can’t be sure they’ll keep everyone — this core is going to be blown up.
The reality we might see unfolding on the North Side of Chicago is just that: A group of players who broke the supposed curse of the billy goat knowing that this is their last year together and those who weren’t involved in that having a blast being along for the ride.

“I’m not gonna shy away from it — this could be our last year together and I think we all know that, especially with the state of the game and who knows what’s going to happen.”

However, on Thursday, first baseman and one of the team leaders, Anthony Rizzo, said the quiet part out loud (via NBC Chicago).  Right now, though, much of the main core of that curse-breaking team is still intact and looks like this is one last run together. Thus far, it’s been a pretty great ride.

Sure, Kyle Hendricks isn’t going anywhere. Jason Heyward is overpaid, but if the players on the 2016 team think his speech during the Game 7 rain delay rallied the team, he’s worth every penny. The bet is they know how popular Javier Baez is and will make him a Cub for life. It is not, however, out of the question that Lester, Rizzo, Bryant, Contreras and Schwarber are playing somewhere else come 2022 or even 2021. Even thinking about such a thing probably hurts the souls of Cubs fans everywhere.
The best record in baseball right now belongs to the Chicago Cubs at 13-3. It’s their best start since 1907. Even in 2016, they were 12-4 at this point. Many teams have taken notice of how serious the Cubs are taking virus protocols and it’s evident how much fun they are having in the dugout.  Let’s take the remaining core from the 2016 World Series to illustrate what Rizzo means.