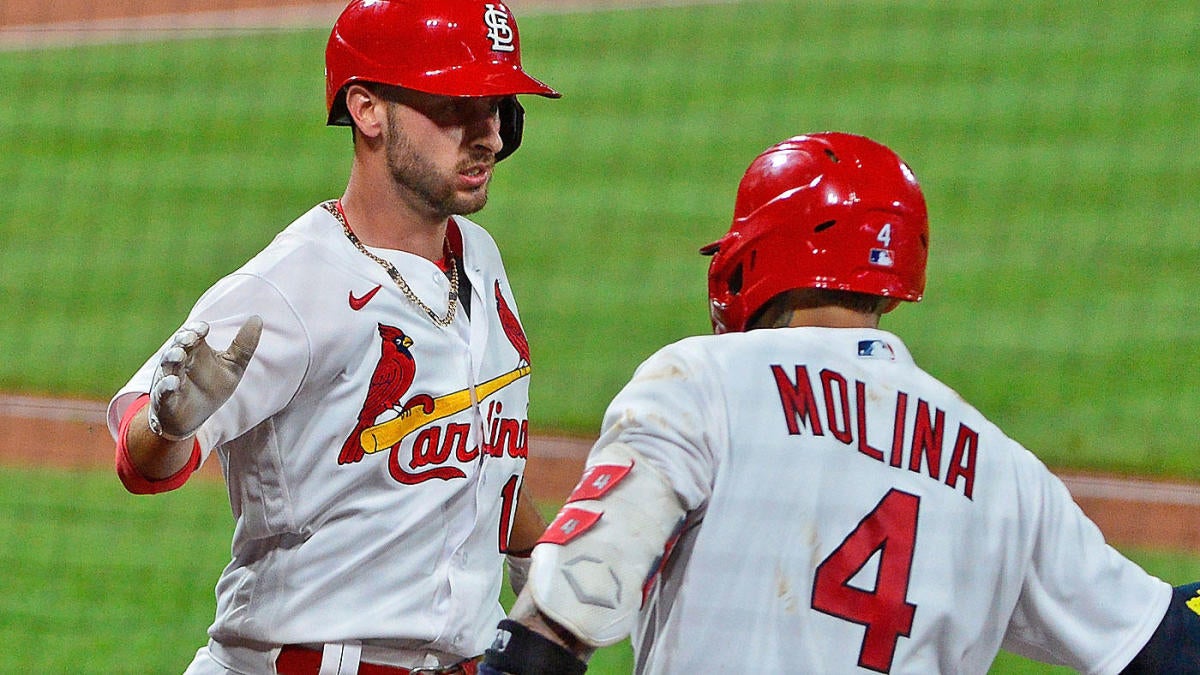 Watch Now: How Do The Cardinals Finish The 2020 Season? (2:28)
The St. Louis Cardinals haven’t played a game since July 29 because of a COVID-19 cluster within the organization, but their return to the field is set for Saturday. Major League Baseball officially announced that the Cardinals would travel to Chicago in time for a Saturday doubleheader against the White Sox and thus resume their 2020 season. Sunday’s game will remain as scheduled with a 2:10 p.m. ET.
If the Cardinals do wind up playing fewer games than other teams — a distinct possibility at this point even if they load up on doubleheaders — and make the postseason based on win percentage then it’s going to be a source of controversy. That’s especially the case if they bump a team from the playoff field that played more games than they did. Of course, playing fewer games could also work against the Cardinals depending upon how they fare once they’re on the field again.
MLB set a new schedule for the Cardinals that features 11 doubleheaders by the end of the shortened season. If the updated Cardinals schedule is able to be played in full, the club would reach 58 games, allowing the Monday after the 2020 season’s end to be open for additional games if necessary. The Cardinals have played just five games to date, and are now set to play 53 games between Aug. 15 and Sept. 27 — a span of 44 days. MLB also announced the latest results from its league-wide COVID-19 testing on Friday. MLB had four new positive tests in the last seven days — two from players and two from staff members — and they all came from one team (the Cardinals). During the outbreak, at least 17 members of the St. Louis organization tested positive, including 10 players.
The Cardinals have lost 16 games to COVID-related postponement. St. Louis will not have played in 17 days when the team takes the field in Chicago on Saturday. In the discussions between MLB and the Players Association on what the Cardinals schedule will look like once they do return, players reportedly wanted to play as many games as possible — in part because their salaries for 2020 are pro-rated based on the number of regular season games.