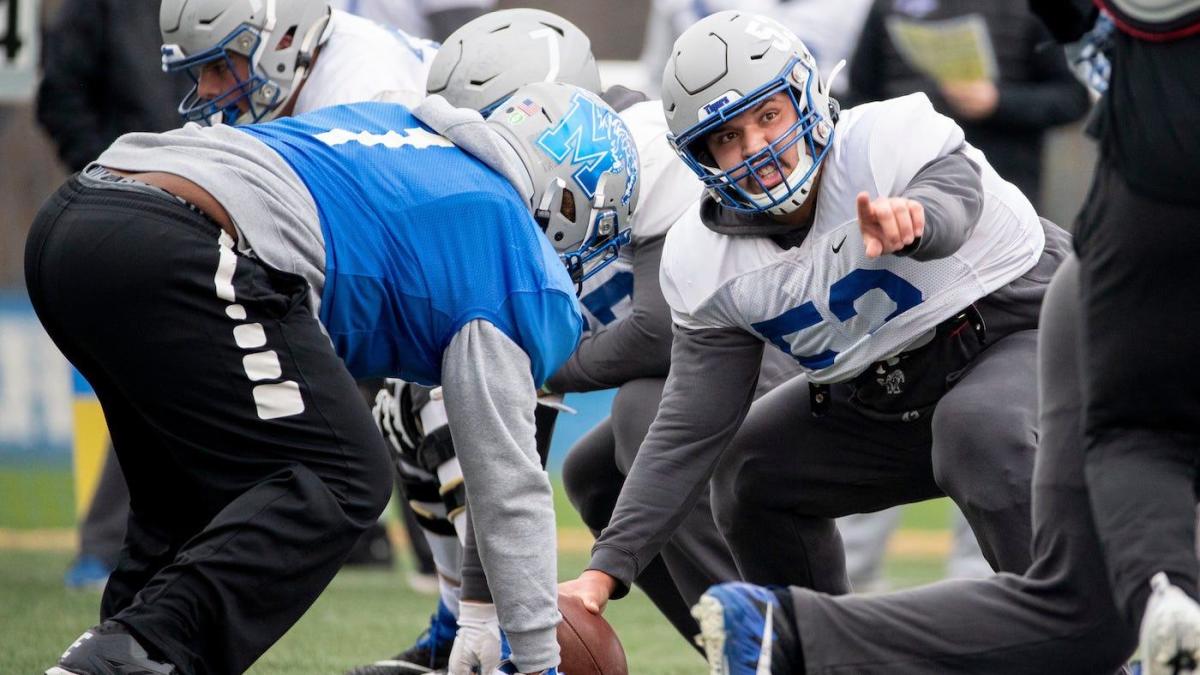 Watch Now: The Jim Rome Show: Can the Patriots still continue their ‘Next Man Up’ philosophy? (1:24)

The New England Patriots lost yet another player before the 2020 season as on Thursday, Tom Pelissero of the NFL Network reported that seventh-round pick center Dustin Woodard is retiring. According to Pelissero, Woodard’s decision is not related to the ongoing COVID-19 pandemic, he just simply decided to walk away from the game of football.

Woodard was a versatile interior offensive lineman that played guard and center for Memphis. He was Bill Belichick’s final selection of the 2020 NFL Draft. According to Pro Football Focus, Woodard was the highest-graded guard in the AAC in 2018 before moving to center for his senior season. That position change didn’t affect him, however, as he was the No. 2 graded center in all of college football last year, again, per PFF.

During his time at Memphis, the Arizona native tied the program record for most starts by an offensive lineman with 52, and all 52 came consecutively. He helped block for four of the top five offenses in Memphis football program history, according to Memphis’ official website. Many believed Woodard was one of the more underrated picks the Patriots made earlier this offseason.

While Woodard was not considered an opt-out player, he’s yet another piece that New England expected to have in 2020. If there was one team that was hit hard by the option to opt out of this upcoming season due to the coronavirus, it was the Patriots. A grand total of eight players opted out before the deadline: Brandon Bolden, Marcus Cannon, Patrick Chung, Dont’a Hightower, Matt LaCosse, Marqise Lee, Najee Toran and Danny Vitale. While these players are expected to return in 2021, Woodard is apparently done pursuing a career in the NFL.