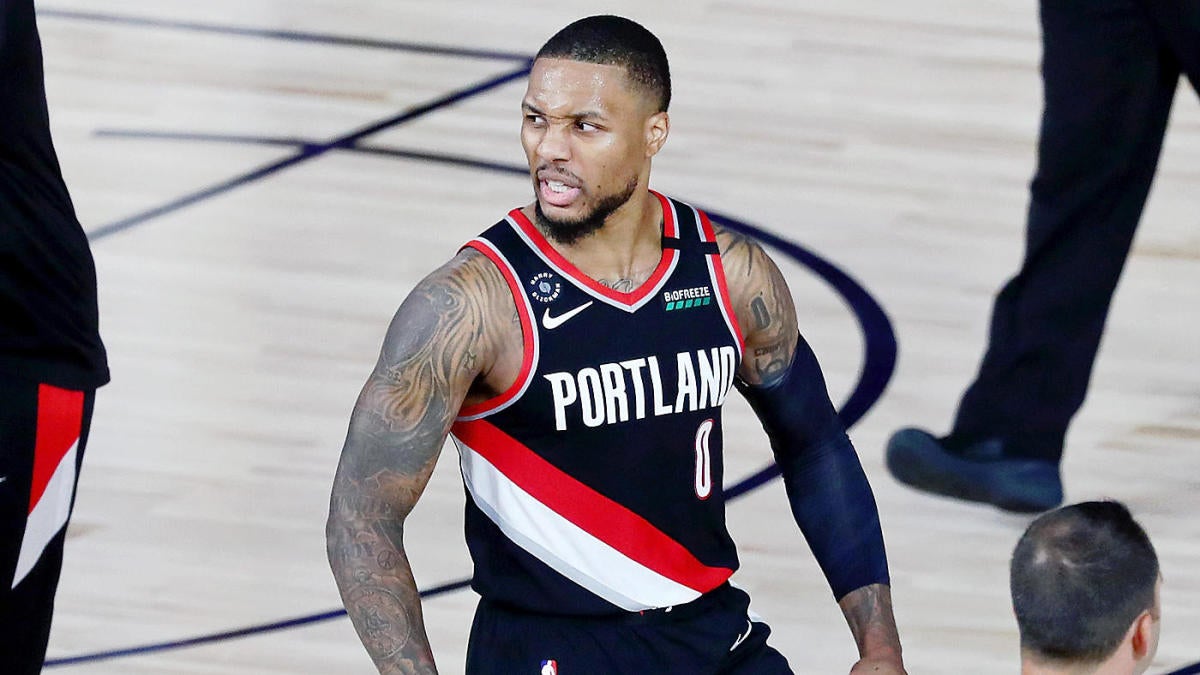 Watch Now: Tiki and Tierney: The Suns are thriving in the NBA Bubble (2:19)

The key to nailing your Thursday NBA DFS lineups is knowing which teams are motivated and which players will be on the floor. The Grizzlies, Suns, Blazers and Spurs are all battling for a chance to be in the Western Conference play-in series for the final playoff spot. Expect their big names to be on the floor and motivated. Teams like the Bucks, Mavericks, Nets and Mavericks, meanwhile, have their playoff spots locked in.

Big names from those teams might rest, creating some potential value NBA DFS picks from those rosters as role players see more minutes. Before entering any Thursday NBA DFS tournaments like the $250K NBA Shot on FanDuel or the $300K Shootaround on DraftKings, be sure to see what DFS millionaire Mike McClure has to say. His top NBA daily Fantasy picks, player pool and NBA DFS advice can help you make all the right calls for Thursday’s slate.

On Wednesday, McClure was all over Rockets guard James Harden as one of his top picks. The result: Harden erupted for 45 points, 17 rebounds, nine assists and three steals — returning a whopping 88 points and almost 8x value on DraftKings.  Anybody who built lineups around him was well on the way to a strong return.

For Thursday, McClure is high on Trail Blazers guard Damian Lillard at $10,100 on FanDuel and $11,200 on DraftKings. Lillard has been perhaps the best overall player in the Orlando bubble as he’s put up eye-popping stats day after day. Over the past two games, he’s scored a combined 112 points, with his 61-point effort on Tuesday helping daily Fantasy players to returns of almost 9x on DraftKings.

He’s near the top of the NBA DFS price list on Thursday, but McClure believes he’s absolutely worth it in this spot. The Blazers urgently need a win against a shorthanded Nets squad, so Lillard has plenty of motivation to go for 50 or more points again in this matchup. Confidently lock him your NBA DFS lineups for Thursday’s slate.

McClure’s NBA DFS strategy includes rostering Suns guard Devin Booker at $8,800 on FanDuel and $9,800 on DraftKings. The Suns are undefeated in Orlando, and the play of Booker has been a big factor. The Kentucky product has hit the 30-point plateau in five of his last six games, while averaging 6.5 assists and 4.5 rebounds per game during that span.

Phoenix takes on the Mavericks on Thursday, a team that has nothing to gain in terms of playoff positioning. Kristaps Porzingis (heel) is questionable and other big names like Luka Doncic could see their minutes reduced. Both teams also rank in the top 10 in the NBA in scoring offense, so expect Booker to put up massive numbers, making him one of the top NBA DFS picks for Thursday.

How to set your NBA DFS lineups on Thursday

McClure is also targeting another player who has a dream matchup on Thursday. The stars are aligning for him to return 50, even 60 points on DraftKings and FanDuel. This pick could be the difference between winning your tournaments and cash games or going home with nothing. You can only see who it is here.

So who are DFS pro Mike McClure’s top picks for NBA DFS lineups on Thursday? Visit SportsLine now to see the top NBA DFS picks and player pool from a professional DFS player who has almost $2 million in career winnings, and find out.