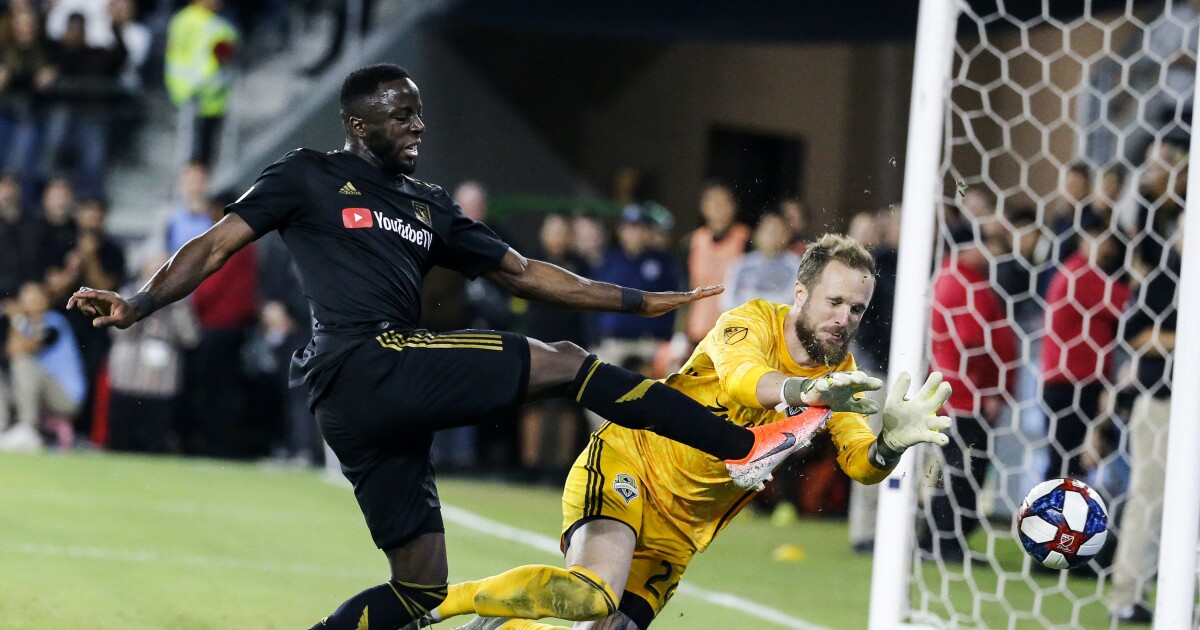 LAFC forward Adama Diomande is leaving the club, the player announced on social media Thursday. There was no immediate response from the team.

Diomande, who was born in Oslo and played for coach Bob Bradley at Norwegian club Stabaek, came to MLS from England’s Hull City three months into LAFC’s first season and scored 12 times in 18 games in 2018. Injuries and other issues have limited his production since.

“With the many family priorities in my life, I have decided to terminate my contract with immediate effect in order to best care for my loved ones,” he wrote on Twitter. “I have put a lot of thought into this decision and have come to the conclusion that it will be the best for all parties.”

Diomande, 30, missed the final month of the regular season last year after voluntarily entering the league’s substance abuse and behavioral health program to deal with a family issue. He was activated for the playoffs, scoring two goals off the bench, but missed the start of this season after fracturing a bone in his foot in the preseason. He returned to play 16 minutes in the MLS Is Back tournament in Florida last month but left the team after one game after complaining of pain in the same foot.

Diomande earned $935,000 last season, the fourth-highest salary on the team. Getting that money back will give general manager John Thorrington flexibility in seeking a replacement.