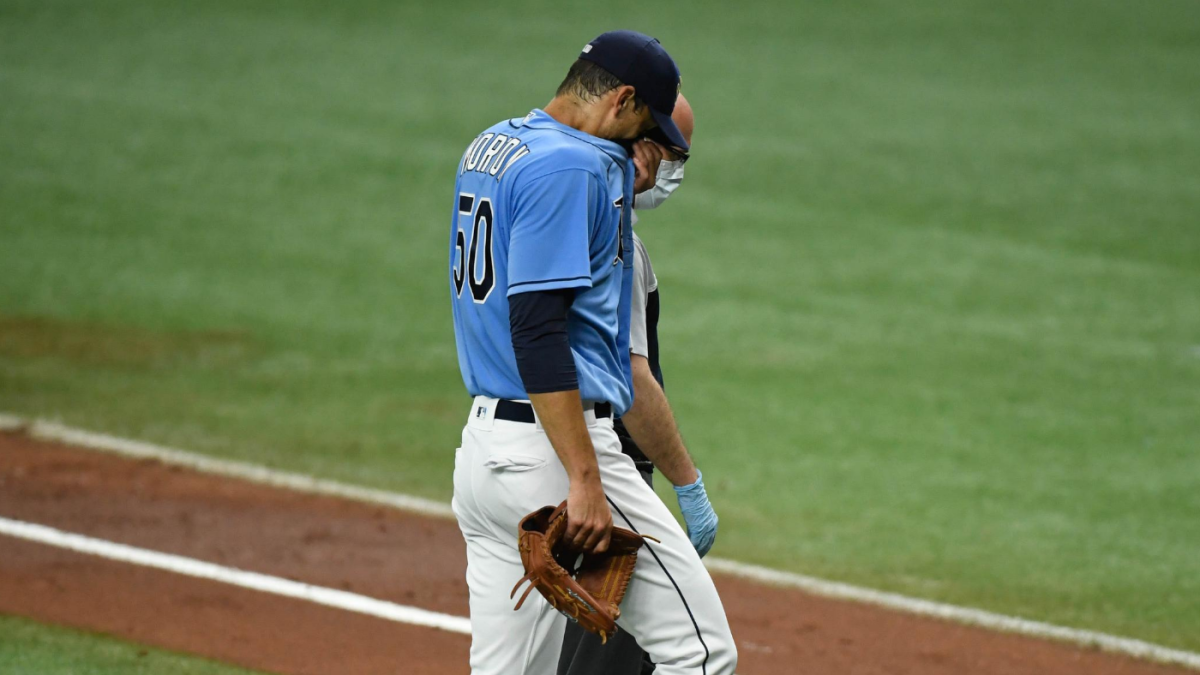 Watch Now: Highlights: Yankees at Rays (1:45)
Morton worked two innings against the Yankees with one run allowed and one strikeout against two walks. For the season, he owns an ERA of 5.40 through 4 starts. However, his strong K/BB ratio of 4.25 suggests he’s been a bit unlucky. It’s worth noting Morton’s fastball velocity has been down noticeably in the early going:
Morton has a long injury history that includes Tommy John surgery in 2012, a lat problem in 2017, and a shoulder problem that limited his availability during the 2018 postseason. He did not throw more than three innings in his final two regular season starts or his lone postseason start in 2018.
The Rays are in the midst of a stretch that will see them play 11 games in 10 days, so some restructuring of the rotation will be necessary. Blake Snell has not thrown more than 59 pitches in a start this year and is still working to get stretched out. Tampa’s bullpen will be busy the next week or so.

Left-hander Jose Alvarado was reinstated from the paternity list Monday to take Morton’s roster spot, the team announced. “We knew something didn’t feel right and didn’t think it was smart to just continue to try and push through it,” manager Kevin Cash told reporters, including MLB.com’s Juan Toribio, following Sunday’s game. “We need Charlie Morton to be really good for us the rest of the way, and if we have to shave off a start right there today, then I think we made the right decision.”
“We’re going to see how it feels here in the next 24 hours. On a severity scale, I would say I’m not worried about it, like I’m not worried about missing much time,” Morton told Marc Topkin of the Tampa Bay Times following his start. “… The hope being it just doesn’t become anything that’s an issue here in the coming weeks and months. But I don’t foresee that at all. I’ve had issues, and I’m pretty confident this is very manageable.”
The Rays signed Morton, 36, to a two-year, million contract prior to last season, and his deal includes a vesting option tied to days on the injured list for 2021. In 2019, his first season with Tampa Bay, Morton authored an ERA+ of 147 across 194 2/3 innings. For his efforts, Morton made the All-Star team and finished third in the AL Cy Young balloting.
Tampa Bay Rays right-hander Charlie Morton has been placed on the 10-day injured list with right shoulder inflammation, the team announced Monday morning. The move comes one day after Morton was removed from his Sunday start against the Yankees in the third inning (TB 4, NYY 3).