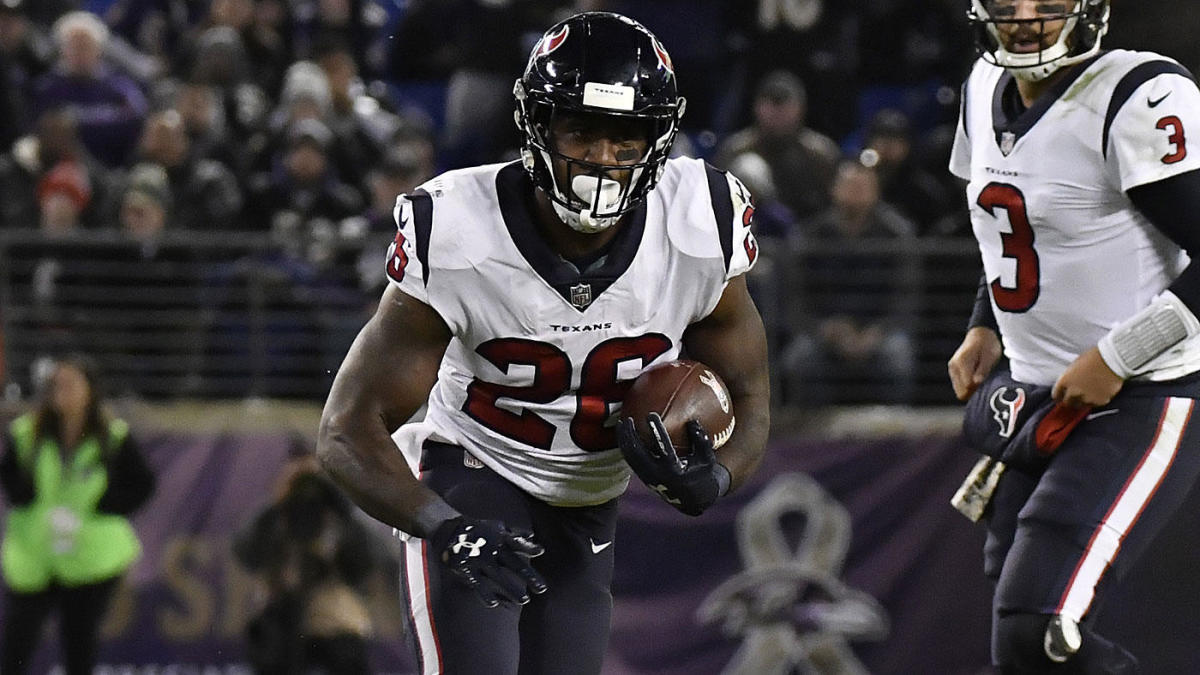 Watch Now: Time to Schein: Jarrett Stidham is the better option at QB over Cam Newton (1:23)

The New England Patriots are adding some veteran depth in the backfield, inking running back Lamar Miller to a one-year deal, according to Adam Schefter of ESPN. This comes after the 29-year-old visited with the club on Monday, per the transaction wire. Miller missed all of the 2019 season due to a torn ACL but is said to be fully recovered from the injury and is ready to play in 2020.

Miller is a former fourth-round pick of the Miami Dolphins back 2012, so he is no stranger to the AFC East. He played four years in Miami and established himself as the starter during his sophomore season in the league. Over that stretch, Miller totaled 2,930 yards on the ground and 19 rushing touchdowns while catching 117 passes for 887 yards and three more scores. His time with the Dolphins came to a close in 2016 after signing a four-year contract with the Texans. In Houston, Miller started in 41 of his 44 games played.

The last time we saw him during the regular season came back in 2018 when the 5-foot-10, 221 pounder totaled 1,136  yards from scrimmage with six touchdowns. He tore his ACL during the Texans’ third preseason game last summer, which sidelined him for the entire 2019 campaign.

Miller now joins a very crowded New England backfield that consists of James White, Sony Michel, Rex Burkhead, Damien Harris, and J.J. Taylor. Michel, who led the club with 912 yards rushing in 2019, is currently on the PUP list as he is still recovering from offseason foot surgery.