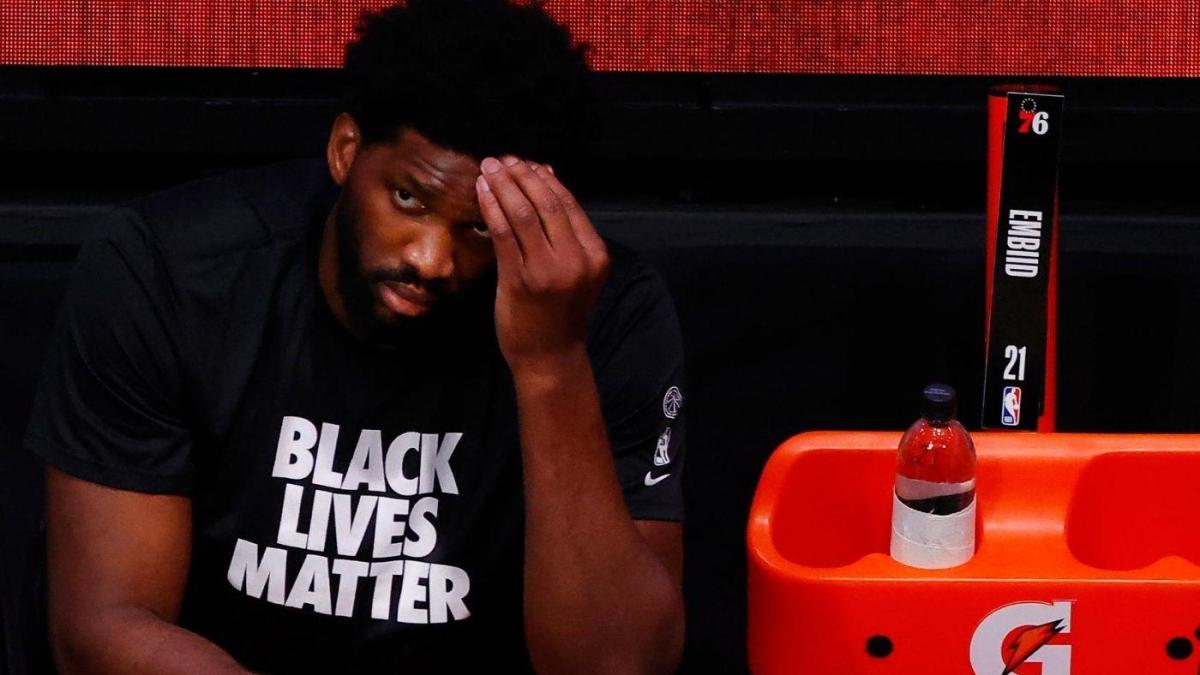 The Philadephia 76ers will be without Joel Embiid for Tuesday’s matchup with the Phoenix Suns due to an ankle injury suffered in Sunday’s loss to the Portland Trail Blazers, the team said Monday. The injury occurred when Embiid fell awkwardly onto the stanchion holding up the basket. The injury is not currently believed to be serious, and the 76ers expect to have Embiid back fairly soon, according to ESPN’s Adrian Wojnarowski.

They’ll need him with Ben Simmons potentially out for the season. The 76ers have only three more seeding games before the postseason begins, and beyond Simmons, they are dealing with a number of other minor maladies. Al Horford and Tobias Harris are both listed as questionable for Tuesday’s game, while Josh Richardson will sit out for rest. In all likelihood now, Philadelphia will land in the No. 6 seed in the Eastern Conference and face the Boston Celtics in the first round of the playoffs.

As for their opponent, the Suns couldn’t have caught a better break. They have started 6-0 in the bubble and inserted themselves seriously into the conversation for the Western Conference’s final playoff spot. After their win Monday, they now trail the Portland Trail Blazers by only a half-game for the No. 9 seed and the Memphis Grizzlies by a single game for No. 8. The No. 9 seed will play No. 8 in a play-in tournament for the chance to steal their playoff spot. If No. 9 beats No. 8 twice, then No. 9 gets in over No. 8. With Philadelphia missing so many key players on Tuesday, the Suns will come one step closer to an improbable playoff spot.

Philadelphia already has its own spot locked up, but they came into this season with championship expectations. Even before these injuries, they appeared unlikely to reach them. The pressure on the 76ers and their coach, Brett Brown, is now higher than ever.