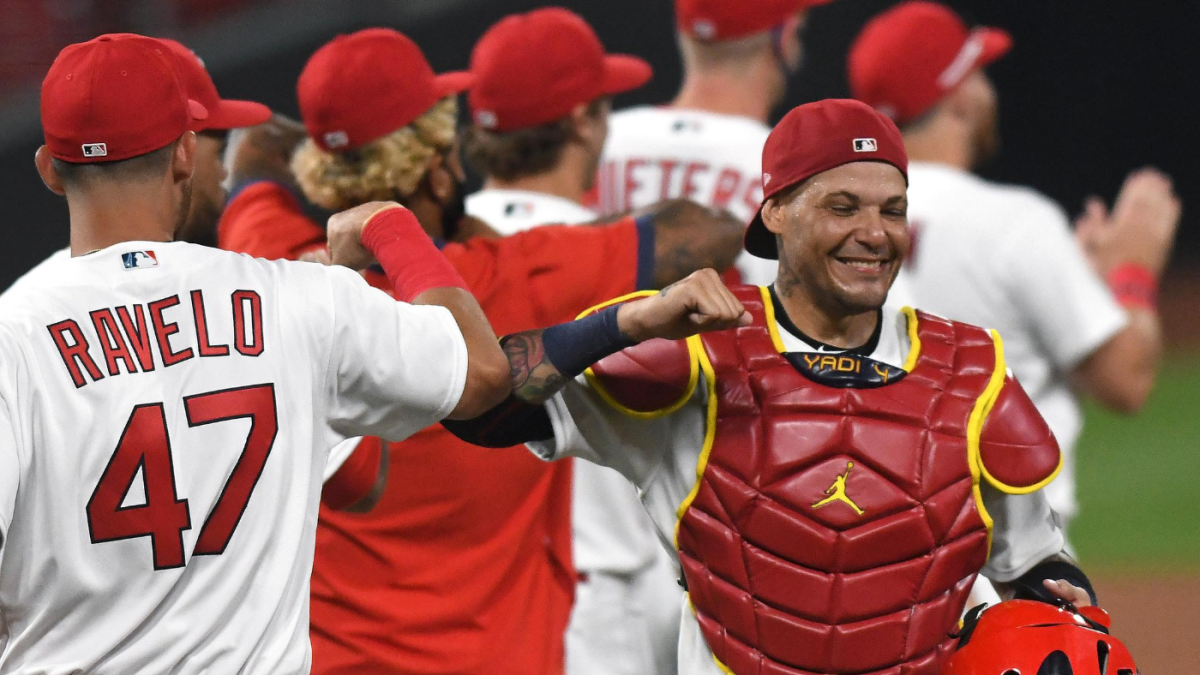 Watch Now: GEICO 15: Cardinals and Pirates Series Postponed (2:11)
I’m sure Cardinals’ ownership group wouldn’t love this due to the salary increases, but they can wear it. They have plenty of money. I should note that it seems unlikely that Manfred — he’s generally on the owners’ “side” of things — or other owners would support this, knowing that this might happen with their teams.
This one is simply a non-starter for me and likely is for Rob Manfred, too.
I really don’t wanna do this. Surely no one does. Not only are the Cardinals a marquee franchise and brand in baseball, but the league functioning in this shortened calendar with 29 teams doesn’t work. There’s always going to be one team who misses out on a series, like the Cubs this weekend and the Pirates this week.
Further, reports indicate the Cardinals are still getting positive tests, which puts next weekend’s series with the White Sox in jeopardy. There’s strong reason to believe next week’s three game series against the Cubs is in danger as well. After almost two weeks, there is still really no end in sight.  The first thing MLB will tell us is that the Cardinals are simply going to have to play fewer than 60 games. Perhaps they can play 50 times in 45 days and that gets them to 55. My guess is that’s what will happen if they somehow do get back in time for Friday. What if they keep having positive tests, though, and need to stay shut down? The league can’t move forward while just continuing to postpone one team’s games.

1. Shut down the Cardinals

No one needs me to tell them that this is a bad situation. With all the doubleheaders that would be required, they can’t be expected to take care of pitchers’ arms and position-player health in general — without even mentioning how often they’d be at the ballpark upwards of eight hours a day instead of around four, which is already an increased risk of spreading the virus.
Allow me to offer up another idea, though.
However, this would be a better option, financially speaking for baseball, than the next one …
The league cannot function down one team for upward of three weeks, though. If we’re carving everything up for one team and meanwhile another team from either the East or West divisions has an outbreak, I think the league could finally just admit this was a mistake and shut everything down — because at some point, having multiple teams playing around 40 games while others play 60 is a joke of a season to many fans.

2. Shut down the season

That is, ship the entire Taxi Squad out on the road before the MLB Cardinals situation is improved. The taxi squads are essentially in a bubble and the Cardinals have enough position players and pitchers to field a full team. There are also free agents out there they could sign to minor-league deals like the Marlins did to fill out their roster as they returned from an outbreak.
I really, really don’t wanna do this. I’m having too much fun watching baseball this season to consider how depressed I’d be if it went away.
If the Cardinals were totally shut down, the teams remaining on their schedule would play a good number fewer games than 60 this season. For example, they are scheduled to play the Cubs, Reds and Brewers 10 times apiece and haven’t yet played them. That would mean each of those teams only plays 50 and gives them an advantage in playoff positioning, as we know the smaller the sample, the easier it is to fluke into wins (which is why it would be totally unfair to have the Cardinals play like 40 games and compare winning percentages with teams in the East and West for possible wild card spots).

3. Use the Taxi Squad

From a competitive standpoint, I can’t imagine the Cardinals would be excited about this, but there are 29 other teams to consider here. It’s an unfortunate situation, which means they’d have to accept the unfortunate solution. Hey, maybe they’ll even find a few gems who haven’t yet gotten a shot at the majors.  This is my choice. MLB should immediately send the Cardinals taxi squad to Pittsburgh to play the Pirates series as scheduled and put the Tigers doubleheader back on. It’s a crazy season anyway, this will just add more craziness. We just can’t have one team shut down for as long as the Cardinals will be.
I don’t care, though.
The Cardinals COVID-19 outbreak — which has resulted in some team members needing trips to the emergency room — grew over the weekend, and the team will be sidelined for its fourth consecutive series to start this week. On Monday, MLB announced Thursday’s make-up doubleheader with the Tigers has also been cancelled. This will leave the Cardinals having gone from July 30 through Aug. 13 having played zero games. It also leaves 45 remaining days in the season in which the Cardinals need to play 55 more games in order to get to 60.
So what should MLB do with the Cardinals? There are three realistic options.