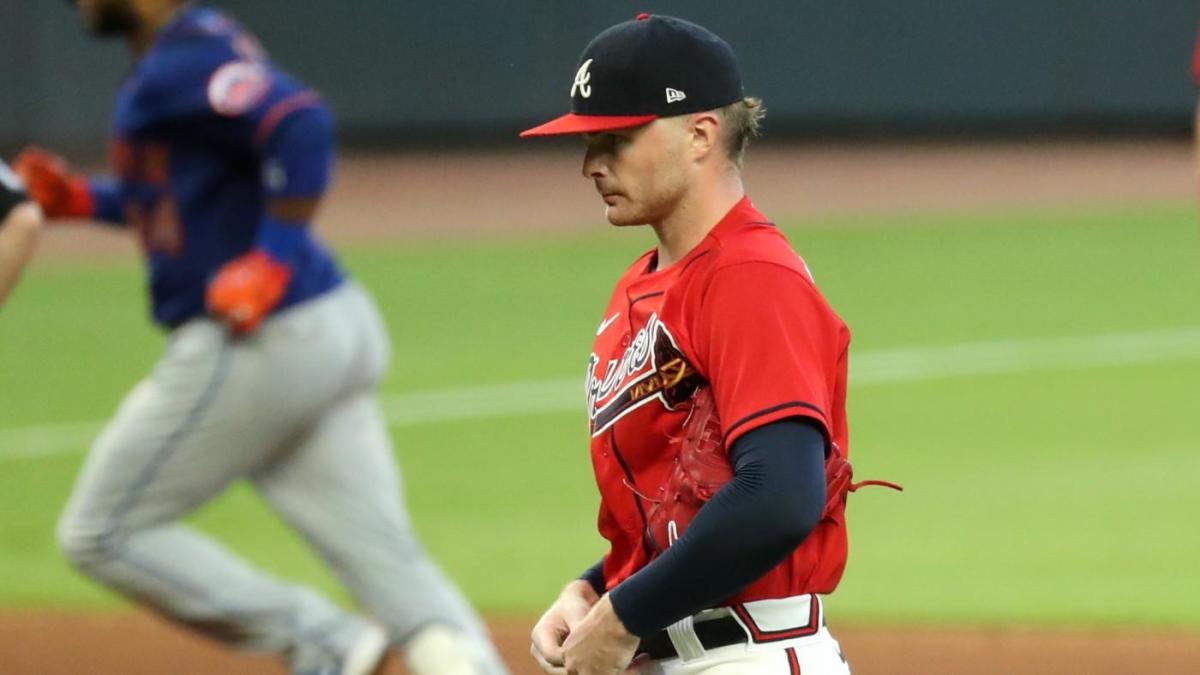 Watch Now: On The Diamond: Best Parlay (0:22)
The Atlanta Braves fell behind early and by a lot against the Philadelphia Phillies on Monday night. Starter Sean Newcomb, making his fourth start of the year, yielded eight runs (all earned) on six hits and a pair of walks in just 1 1/3 innings. After the game was over — the Braves lost by five, even after a seven-run outbreak in the top of the ninth — Newcomb was optioned to the team’s alternate site, where he’ll get to reset away from meaningful games.
The Braves (11-7) will enter Tuesday tied with the Miami Marlins for first place in the National League East. They’ll also enter Tuesday with a rotation that looks nothing like the one they fielded the first time through.
Regardless of who the Braves pick and how they perform, it seems more likely than not that Atlanta will be in the mix for a veteran starter by the time the Aug. 31 deadline rolls around. That isn’t what the Braves expected entering this season, but they may have no choice if they want to repeat as division champs and challenge for the NL pennant.  Who’s the next pitcher up? Huascar Ynoa started on Sunday and turned in a truncated outing. He could ostensibly slot into one of the vacated spots. If they go outside the 26-player roster, Bryse Wilson and/or Tucker Davidson seem like obvious candidates. There’s also Ian Anderson, Kyle Muller, Patrick Wiegel and Jasseel De La Cruz on the prospect front, and big-league veteran Jhoulys Chacin if the Braves want to try turning back the clock to 2018.
In a sense it’s both a testament to the Braves’ pitching depth that they still have modest internal options to consider for those spots and an indictment of the depth that they’ve needed to turn over most of their rotation 18 games into the season.
Opening Day starter Mike Soroka is out for the season because of a torn Achilles tendon, while Newcomb (the No. 3 starter) is set to join Mike Foltynewicz (No. 4) in the phantom zone. (Cole Hamels would’ve been in that rotation if he were healthy, but he remains out with arm trouble.) As a result of all that shuffling, the Braves now have three entrenched starters: Max Fried, Touki Toussaint and Kyle Wright — and Wright has allowed nine runs and 25 baserunners in 12 innings, suggesting he too could lose his spot before long.