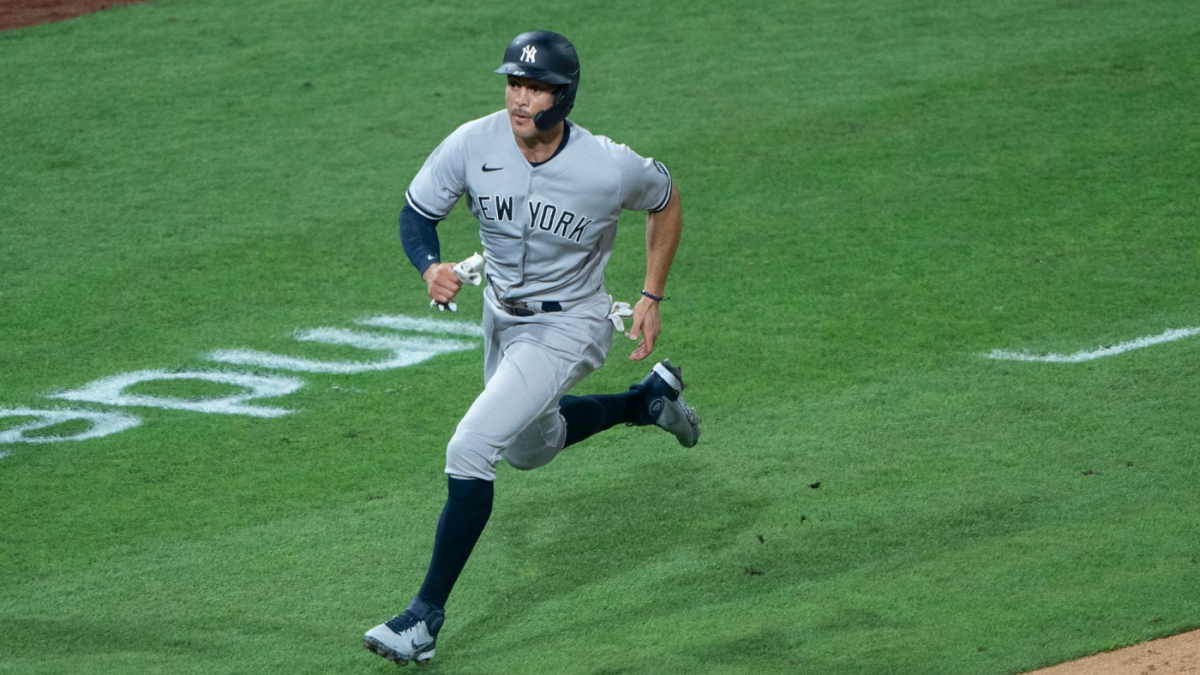 Watch Now: Highlights: Yankees at Rays Game 2 (2:12)
While Stanton is out, Mike Tauchman figures to be primary at DH. Tauchman thus far in 2020 has a 118 OPS+ in 31 plate appearances. He’s coming off an impressive 2019, in which he tallied 13 home runs, 18 doubles, and 34 walks in 87 games.
The Yankees on Sunday placed designated hitter/outfielder Giancarlo Stanton on the 10-day injured list with a left hamstring strain. To take Stanton’s place on the active roster, the team has recalled utility player Thairo Estrada from the alternate training site. According to manager Aaron Boone, Stanton suffered the injury while running the bases during the Yankees’ loss to the Rays in the second game of a Saturday doubleheader.
Unfortunately, Stanton’s propensity for injury is undeniable at this point. Last season, he was limited to just 18 games because of a biceps strain followed by a knee injury. Earlier in his career, he was also limited by a number of lower half injuries.  Across parts of 11 MLB seasons, Stanton has been able to play in 145 or more games in a season just four times. From 2011, when Stanton played his first full season, through 2019 he averaged just 118 games per season. The Yankees acquired Stanton in a blockbuster trade with the Marlins in December of 2017. While Stanton logged 158 games in his first season in New York, he’s played a total of just 32 games since the start of the 2019 season.
Given that the 2020 season has been abbreviated to just 60 games because of the COVID-19 pandemic, an absence of any length will be significant. The Yankees of course dealt with an inordinate number of injuries in 2019, but thanks to their impressive depth they were still able to win 103 games and the AL East title.
Stanton, 30, had been off to an especially strong start in 2020. Through 14 games and 54 plate appearances, he put up a slash line of .293/.453/.585 with three home runs and three doubles. Stanton has been a key part of a Yankees offense that presently leads the majors in OPS and is tied with the Dodgers for the MLB lead in home runs.