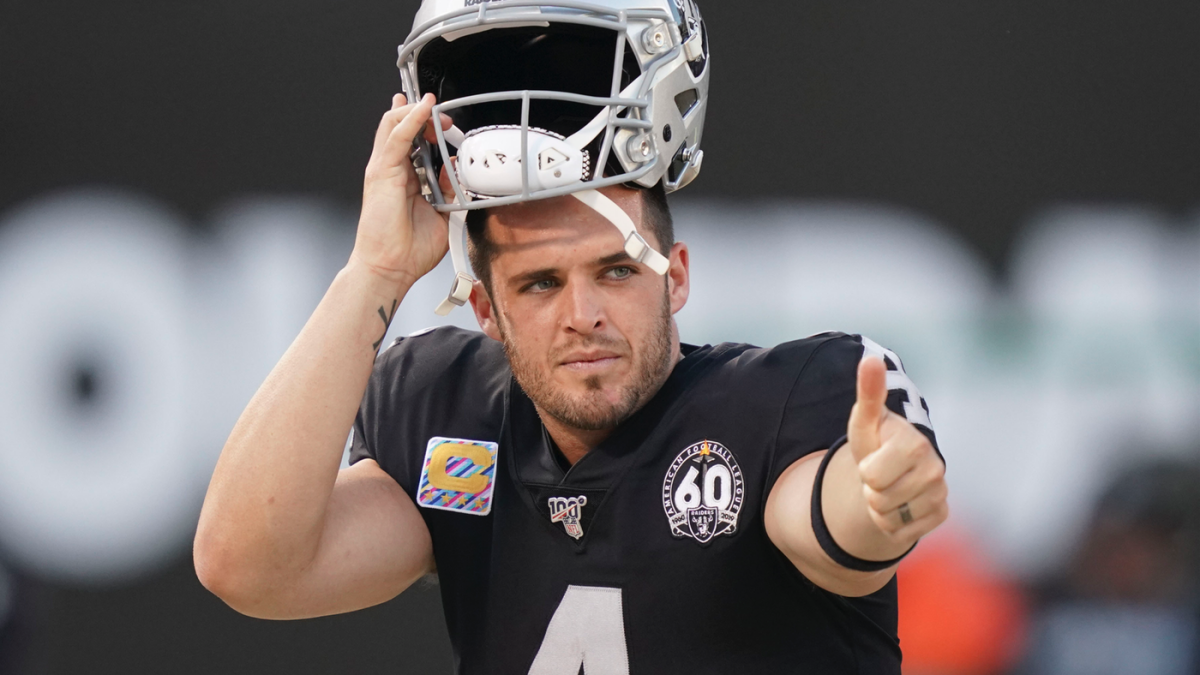 Derek Carr had the look of a Hall of Fame quarterback during the Raiders‘ training camp practice on Sunday. Carr, in lieu of wearing his usual practice jersey, decided to wear the jersey of Ken Stabler, who was posthumously inducted into Canton in 2016.

There are some interesting similarities between the two Raiders quarterbacks. Both were second-round picks who enjoyed success during their first seasons as starters. Carr, the 36th overall pick in the 2014 draft, threw 21 touchdown passes during his rookie season. A year later, Carr earned his first of three consecutive Pro Bowl selections, as his 32 touchdown passes that season is the second-highest total in franchise history. In his third season, Carr was in the running to win the league’s MVP award before a late-season injury prematurely ended his season. That season, Carr led the Raiders to their first playoff appearance since 2002.

Unlike Carr, Stabler, a second-round pick in the 1968 draft, had to sit on the bench for several seasons before getting his chance to start. Stabler quickly made up for lost time, however, as he led the Raiders to the AFC Championship Game during his first season as a starter. Stabler, nicknamed “The Snake” for his innate ability to evade opposing pass rushers, led the Raiders to the AFC title game during each of his first five seasons as a starter. In 1976, Stabler helped lead the Raiders to a 13-1 regular season record en route to the franchise’s first Super Bowl victory, a 32-14 win over the Vikings in Super Bowl XI.

The 29-year-old Carr — who has been under scrutiny despite putting up solid numbers during his first two seasons with Jon Gruden as his coach — is hoping to mimic the success Stabler had during his age 29 season. That year, Stabler earned MVP honors after leading the NFL in touchdown passes during his second year as the Raiders’ starting quarterback. Carr is also surely looking to respond his critics who are calling on him to lead the Raiders back to the playoffs after three consecutive losing seasons.

“There’s no more excuses for Derek,” Lincoln Kennedy, an All-Pro right tackle on the Raiders’ 2020 AFC championship team, recently said during a recent appearance on “The Zach Gelb Show.” “Now, it’s either put up or shut up. He’s got all the weapons in front of him. He’s got an offensive line, he’s got a run game, he’s got a receiving corps. There’s really nothing else that he shouldn’t be able to do with this offense.”

Kennedy is right as it relates to the talent the Raiders have placed around Carr. At running back, Carr has Josh Jacobs, who last season rushed for a Raiders rookie record 1,150 yards. The Raiders’ offense also includes tight end Darren Waller, who last season caught 90 passes for 1,145 yards and seven touchdowns. Las Vegas’ receiving corps also includes second-year wideout Hunter Renfrow (605 yards and four touchdowns in 13 games last season), veteran receiver Tyrell Williams (651 yards, six touchdowns in 2019) and rookie Henry Ruggs III, one of the top-ranked receivers in the 2020 draft. In free agency, the Raiders acquired former Cowboys tight end Jason Witten, who hauled in 63 passes for 529 yards and four touchdowns in 2019 after sitting out the entire 2018 season.

Carr is also backed by a talented offensive line, a group that consists of left tackle Kolton Miller, left guard Richie Incognito, center Rodney Hudson, right guard Gabe Jackson and right tackle Trent Brown. Last season, the Raiders’ offense finished ninth in the NFL in passing yards as well as seventh in third down and eighth in fourth-down efficiency. The Raiders’ 22nd place finish in red zone scoring, however, largely contributed to them finishing just 24th in the NFL in scoring in 2019. Those numbers should be considerably better in 2020, given the pieces added to the Raiders’ offense.

After three consecutive defeats in the AFC title game, Stabler erased his stigma as a quarterback who “couldn’t win the big one” after leading the Raiders to victory in the Super Bowl. Carr is looking to make a statement as well — proving that he is the franchise’s long-term starting quarterback moving forward.