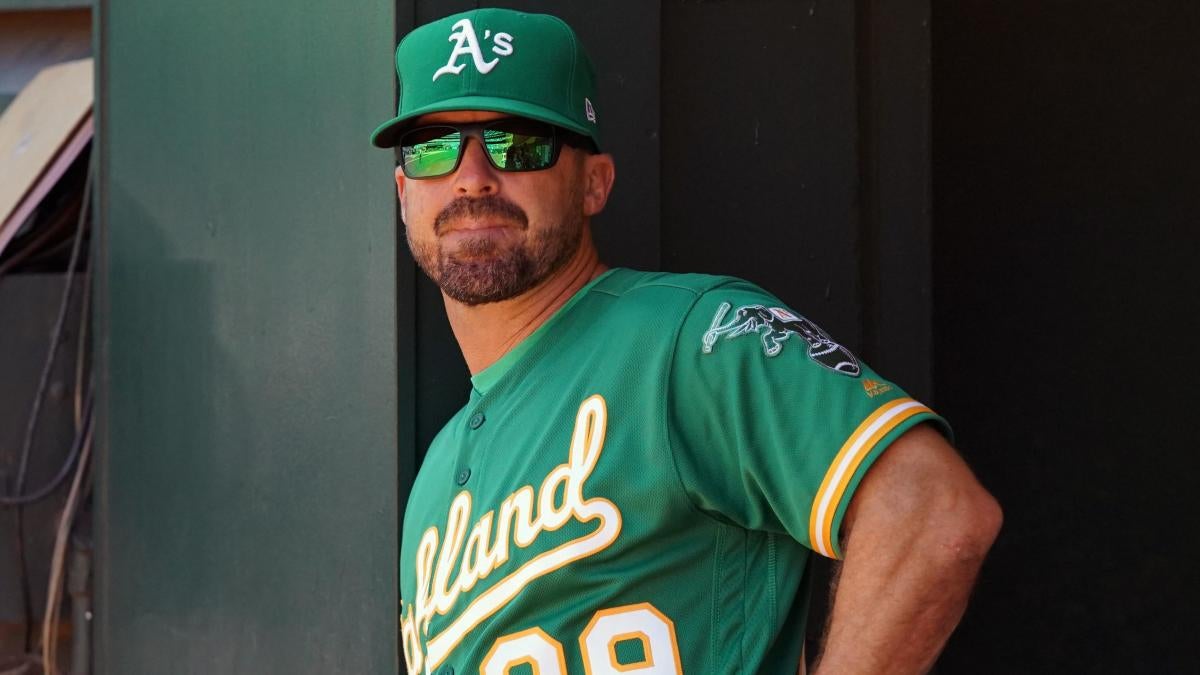 Watch Now: MLB Highlights: Rangers at Athletics (0:26)
Christenson said he did not intentionally make a Nazi salute. Here’s the full statement:
Oakland Athletics bench coach Ryan Christenson apologized in an official statement on Thursday after video circulated of him raising a stiff arm above his head — appearing to make a Nazi salute before elbow bumping players — following the A’s 6-4 win over the Rangers.

“Obviously I wasn’t doing that intentionally,” Christenson told The San Francisco Chronicle’s Susan Slusser after the game. “I just blacked out, my mind wasn’t there and I spaced out. I’m sure it looks terrible. I did it, but it was not intentional. I don’t know what more to say.”

“I made a mistake and will not deny it. Today in the dugout I greeted players with a gesture that was offensive. In the world today of Covid, I adapted our elbow bump, which we do after wins, to create some distance with the players. My gesture unintentionally resulted in a racist and horrible salute that I do not believe in. What I did was unacceptable and I deeply apologize.”
The A’s also responded with a statement:

Christenson, 46, played parts of six seasons at the major-league level, including with the A’s from 1998-2001. After retiring as a player, he joined Oakland’s minor league system as a manager. This is Christenson’s third season at the MLB level after he was named bench coach under manager Bob Melvin for the 2018 MLB season.

“A’s bench coach Ryan Christenson greeted players with a gesture that looked like a Nazi salute. We do not support or condone this gesture or the racist sentiment behind it. This is incredibly offensive, especially in these times when we as a Club and so many others are working to expose and address racial inequities in our country. We are deeply sorry that this happened on our playing field.”