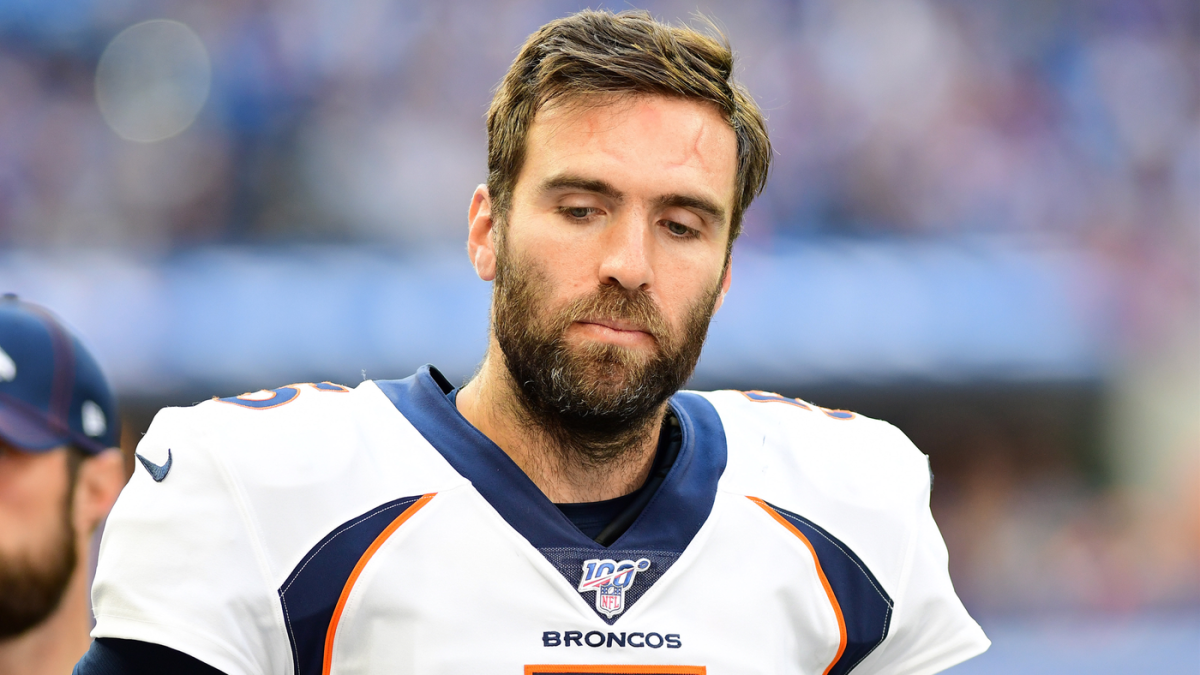 Joe Flacco has an uphill climb in his bid to somehow rebuild his NFL brand, but things are progressing in the right direction health-wise. The former Super Bowl MVP is readying to begin his career with the New York Jets in 2020, but he must first be medically cleared to take the field after undergoing neck surgery to repair an injury that prematurely ended his 2019 season with the Denver Broncos. In his latest checkup, Flacco was told he’s on track to miss only one or two games in 2020, per Ian Rapoport of NFL Network, a timeline long expected by the Jets after signing him this offseason in free agency.

The 35-year-old will undergo one final checkup ahead of the NFL regular season — which will presumably begin on time — after being signed to provide insurance for New York in the event Sam Darnold misses time due to injury. Darnold was sidelined three games in 2019 after being diagnosed with mononucleosis, and the Jets went 0-3 in that stretch, mustering a measly 7.7 points per outing.

Contrarily, the team averaged 19.46 points per game with Darnold at the helm.

If their franchise quarterback were to go down for any reason this coming season, the Jets are hoping a veteran presence like Flacco will prevent or curb any sort of losing streak in Darnold’s absence. Flacco is confident he can do just that, but he has been fighting regression on the field for the past several seasons. He was benched for Lamar Jackson in 2018 and ultimately traded to the Broncos, whose porous offensive line and unsettled wide receiver corps made for a rough go for a signal-caller never known for his mobility and escapability. The Super Bowl XLVII winner was then released in March 2020 with a failed physical designation after having spent the back end of his short career in Denver on the injured reserve list, and underwent the aforementioned neck procedure the following month.

He joined the Jets in May on a one-year deal worth $1.5 million, so there isn’t much time to prove his value to them. That said, all signs point to him being available for most of the year, and considering all he’s up against, that’s a start.