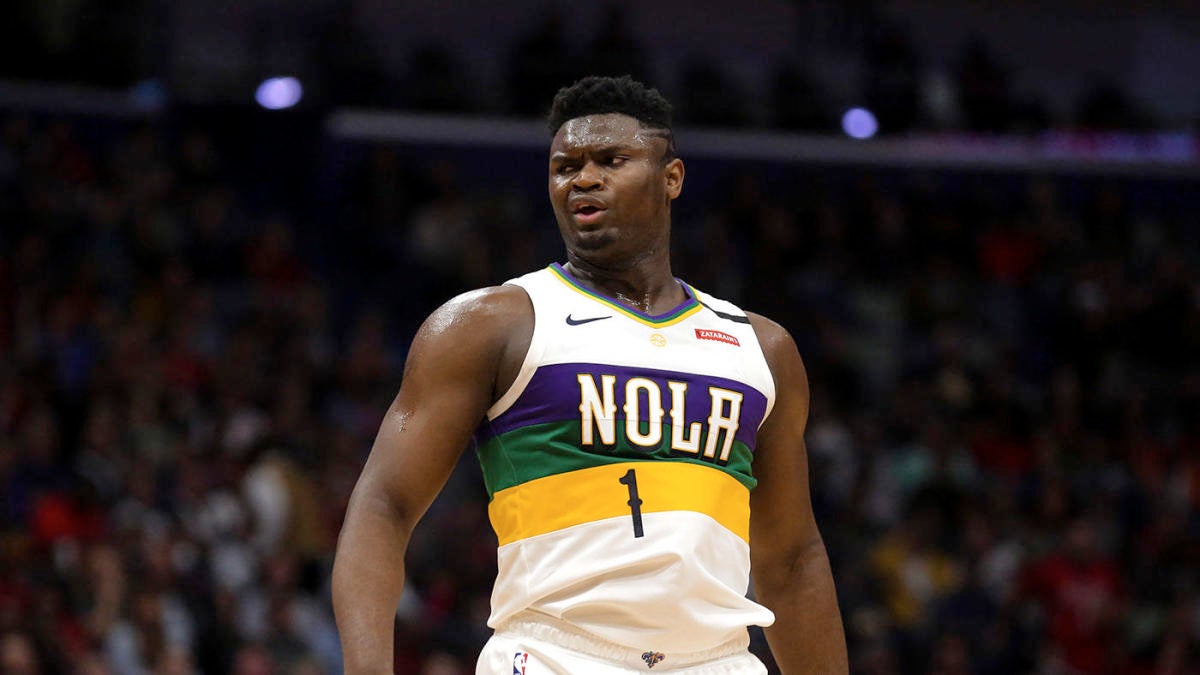 Watch Now: The Opinionated 7-Footers: The Pelicans need to make sure Zion Williamson stays in shape (2:00)

Entering play on Friday, the Pelicans only trail the No. 8 Grizzlies by 2.5 games, and the No. 9 Blazers by two games. With four games remaining on their schedule, they’re still technically alive to make it into the play-in series for the final playoff seed in the West.

But that ain’t happening.

The Pelicans have been dreadful in the bubble, particularly defensively. They gave up 140 points in a loss to the Kings Thursday night, and now Zion Williamson has been scratched from Friday’s game vs. the Wizards, the team announced. The Wizards have mathematically eliminated themselves and are surely counting the days to when they can leave the bubble, which is to say New Orleans can easily win this game even without Williamson.

It doesn’t matter. The Pelicans are playing out the string and looking to the future. It was always the plan to play it safe with Zion, who has been on a minutes restriction in Orlando, and prioritize the future over a potential playoff run this season, but there was certainly hope they could do both. The Pelicans’ starting lineup came into the bubble with the best net rating in the league, by a significant margin, among units that had played at least 200 minutes together.

It just hasn’t happened for them. The defense is just miserable, for a lot of reasons that are too layered to get into in this column, but Zion needs a bunch of work on that end and Derrick Favors hasn’t been anywhere near the interior presence he needs to be, and has been in the past. Getting into the lane and to the rim has been a cakewalk against the Pelicans.

So they’re done. And they know it. And obviously continuing to protect Zion is the organization’s highest priority. Anything the Pelicans might’ve been able to accomplish this season was always going to be the icing on the cake. They sat Zion for three full months before they let him play. They wanted to see what they have in Brandon Ingram, who became an All-Star, and Lonzo Ball, who fixed his shot and knocked down a career-high 39 percent of his 3-pointers prior to the suspension.

Ball has been bad in the bubble, scoring a touch over six points per game while shooting 26 percent from beyond the arc. He remains a tough evaluation as he enters into a contract year in 2021. Do the Pelicans pay him big? Do they let him walk in restricted free agency? Do they trade Jrue Holiday? J.J. Redick?

Chances are they’re going to offer Ingram something close to a max deal, and we know Zion is the star around which this whole thing will hopefully be built. Beyond that, there are a lot of questions surrounding a team that has a chance to be really, really good, perhaps as soon as next season. Which is where they’re looking. Because this season is done.