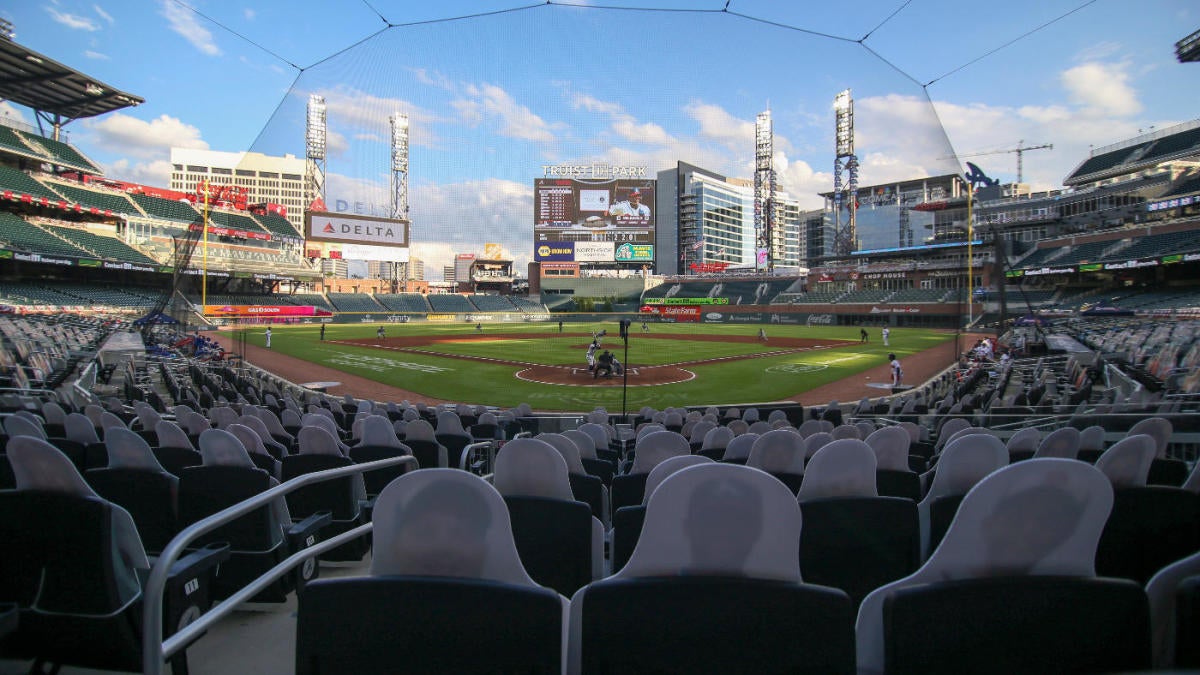 Watch Now: Miami Marlins Find Themselves In First Place (1:09)
Throughout the season my fellow CBS Sports MLB scribes and I will bring you a weekly roundtable breaking down, well, pretty much anything. The latest news, a historical question, thoughts about the future of baseball, all sorts of stuff. Last week we discussed the team most under pressure in 2020. This week we tackle MLB’s recent COVID-19 outbreaks.
Major League Baseball is back. There is still a global pandemic to navigate, but the 60-game regular season is underway. Hopefully the season can be completed safely and a World Series champion can be crowned.

How confident are you MLB will finish the season given the recent outbreaks?

If there’s no clear and coherent response plan coming from the league’s leadership, then it’s truly impossible to know what will happen. In the NBA — where they’re resuming their season in a one-location “bubble” environment — the league’s commissioner Adam Silver said that they will shut down the season again if a COVID-19 outbreak infiltrates the league’s temporary setting. The NBA recently had zero players test positive for the third straight week.
R.J. Anderson: I am not the slightest bit confident, and I don’t know why or how anyone could be after all that’s happened the past two weeks. The season felt like a bad idea from the start and it seems like it’s been operating on borrowed time since the embers of the Marlins outbreak. I guess if they normalize outbreaks and people getting sick, then all bets are off, but I would rather us not get to that point. Matt Snyder: Once the Phillies and Marlins took the field this week, I finally felt confident that the regular season will finish. We’re going to have outbreaks with teams shutting down for a week and then the schedule becomes an utter mess with lots of doubleheaders late in the season, but they’ll get it done. What worries me is the playoffs. Sixteen of the 30 teams make it and there’s cross-country travel involved. An outbreak on one team shuts things down for a week? Uh oh. That’s the doomsday scenario. I really do think the regular season gets done. I’m fairly confident. I’m totally worried about the playoffs.
Dayn Perry: If you’d asked me a week ago, I would’ve said I’m not confident at all. According to multiple accounts, though, testing has become more rigorous, and the newly reported safety protocols are also encouraging. If I had to guess, I’d say the regular season is completed. It’s too soon to know what to think about the playoffs, especially given the expanded format.
Katherine Acquavella: It’s tough to answer this considering all of the recent contradictions from MLB commissioner Rob Manfred. First, it was if competition was seriously affected by COVID-19 then “we’d have to think very, very hard about what we’re doing.” Then, after the Marlins outbreak, it was “this isn’t in the nightmare category,” and we’re just going to double down on the health directives. There was a report of Manfred warning the MLBPA that the season could be shut down if no improvement is shown re: virus containment. And finally and most recently, Manfred put the blame on the players and said, “There is no reason to quit now.” Mike Axisa: I’m confident they will finish. Whether they should finish is another matter entirely, but I believe they will finish. The Marlins outbreak was — and still is — ugly, though MLB seemed to learn a lesson, and the league shut the Cardinals down right away once they had multiple positives. That’s progress. Also, there’s a lot of money on the line for everyone (players, owners, etc.), and I suspect they’ll attempt to power through no matter what. I mean, MLB has already set a precedent that 18 positive tests on one team — 18! — are not enough to cancel the season. There are bound to be more positive tests in the coming weeks and everyone involved seems willing to play around them, so I think they’ll finish the season. (I’d recommend a bubble for the postseason though. Don’t want to have to shut a team down in the middle of October like the Marlins and Cardinals last week.)
Players contracting the virus? Already happened. A player contracting the virus with season-ending side effects? Already happened. Outbreaks occurring on multiple teams? Already happened. Oh, and all that’s happened just in the first two weeks of this abbreviated season. Maybe some of the new protocols put in place (which definitely should have been in place before the start of the season) will lessen the chance for another large outbreak, but the risk is always going to be there, even all the way through the end of a possible 2020 postseason.
I’m not entirely confident MLB will finish the 2020 season, but as of now, it seems like the league is going to do everything in its power to finish the regular season. The league managed the Marlins and Cardinals COVID-19 outbreaks without shutting down the season, so that begs the question: what else would it take for the league to decide to call it?