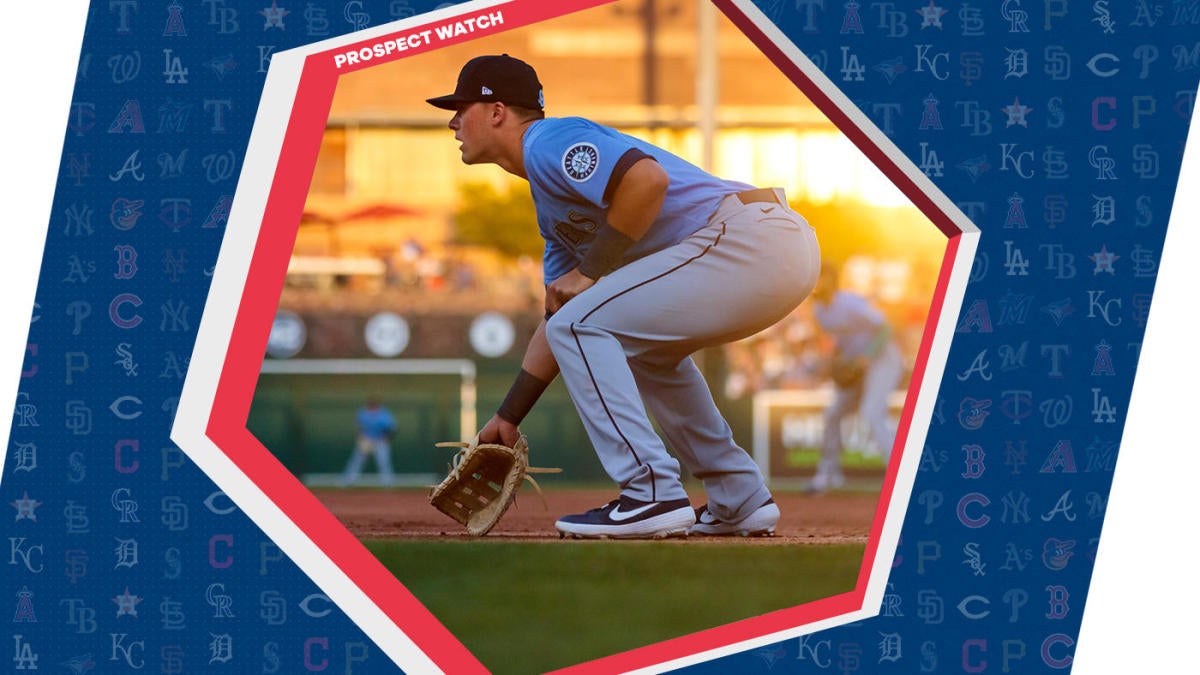 Watch Now: Notable MLB Performances (1:13)
When we ranked White as the No. 4 prospect in Seattle’s system over the winter, we quipped that right-handed first basemen are often viewed as fungible, and that those first-baggers who are known more for their gloves than their bats “tend to be as successful as hockey players with more teeth than career goals.” The Mariners don’t agree with those statements, or, at minimum, they don’t agree that those statements apply to White, who they signed to a six-year extension worth million before he’d played in five Triple-A games. (He still hasn’t.)
If White can overcome all that, then more power to him; if not, well, he should be given a mulligan. And he’s still likely to be fun to watch on defense.
You want diving snags? White can provide those, to either side of him:
There will not be a minor-league season in 2020, yet there will be Prospect Watch — albeit in an altered format. Rather than surveying the land for every team, we’ll be highlighting one youngster playing in big-league games. This week, that player is Seattle Mariners first baseman Evan White, who has impressed with his well-above-average defense over the first week-plus. Wherever one falls on that debate, everyone can agree White is a top-notch defender. That isn’t the case offensively, where he remains a work in progress. You want clean picks and creative stretches on low-percentage throws? He’s got that, too: White made some adjustments last season that produced a lower rate of groundballs than he had over his first year-plus in pro ball. That’s a promising sign if he’s going to tap into his above-average raw power and deliver more than 10 to 12 home runs annually. He’s employed a more patient approach against big-league pitching than one might expect he would based on his Double-A walk rate (7.2 percent), and it’s possible he has his eyes on making a trade, and swapping in some power and patience at the cost of more strikeouts and a lower average.
White’s development as a hitter will dictate if the Mariners come out ahead (and by how much) on that deal, but that’s a matter for another paragraph. For now, let us praise his defense. He has all the ingredients to be an annual Gold Glove Award candidate: soft hands, nimble and intelligent footwork, a flexible lower half, quick reactions, and a strong arm.
You want him starting 3-6-1 double plays? Fine: White is more athletic than the standard first baseman, to the extent that some believe he could be an asset in the outfield if given the opportunity. Alas, it’s unclear if the Mariners will ever experiment with using him in a Darin Erstad role the way the Dodgers have Cody Bellinger or the Rangers have Joey Gallo. To this point, White has only played first base as a pro.
Seeing some time in the outfield would make White’s one-stop value metrics look better, yet there are factions within the industry that believe first-base defense is more important than the publicly available measures indicate. That’s in part because traditional defensive metrics do not capture the value of scoops and or of a large catch radius, to say nothing of the soft factors, like the confidence a skilled first baseman can instill in other infielders.
It would be overstating things to write that White’s offensive production doesn’t matter this season. It’s more fair to write that he should be graded with context in mind. He’s coming almost directly from Double-A; he’s trying to alter his game; and he’s doing all that during an odd, tenuous season that could be scrapped at any given time.