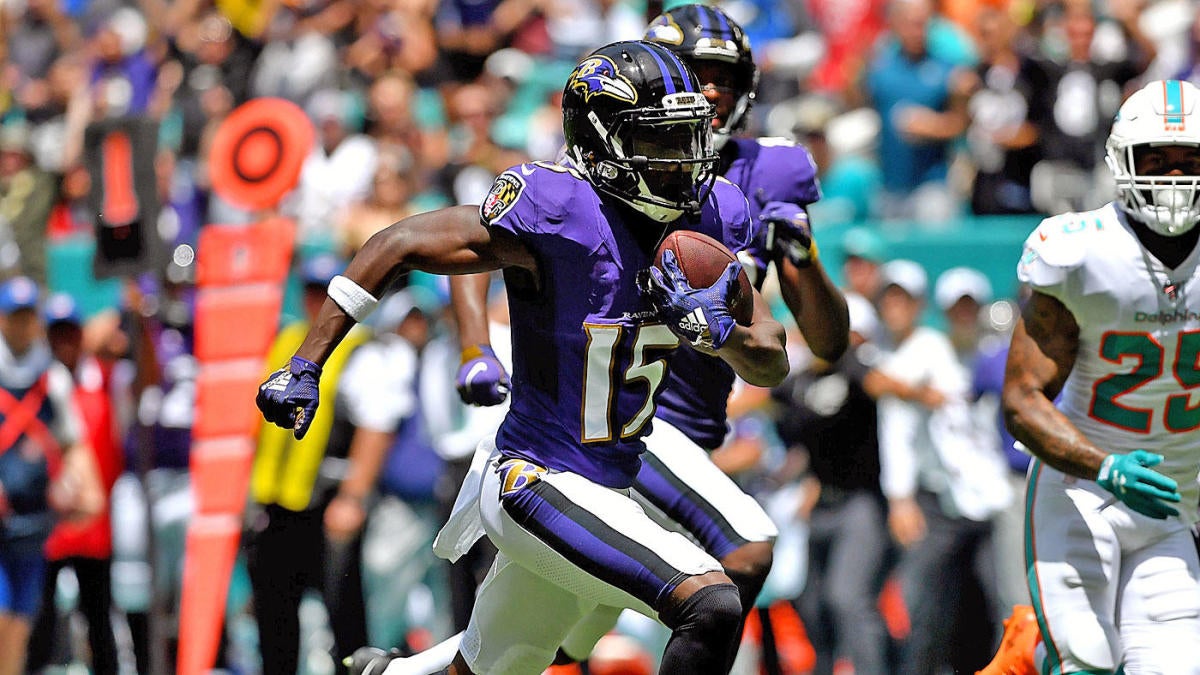 The Baltimore Ravens have recently emerged as a frontrunner to land free agent wide receiver Antonio Brown. Lamar Jackson was seen throwing with the Pro Bowl wideout in the offseason, and even came out recently and said he’s still hoping the Ravens will sign him in the near future. Head coach John Harbaugh certainly hasn’t ruled out the possibility of Baltimore pursuing the troubled wideout, but a new face on the Ravens with a direct connection to Brown recently came out in support of the former Pittsburgh Steelers star.

Second-year Ravens wideout Marquise Brown is Antonio’s cousin, and he spoke about the kind of player he is behind the scenes and in the locker room. The former Oklahoma star claims that Antonio is a player that brings the best out of everyone he’s around, and motivates fellow players to give 100 percent on the field.

“AB, he’s a guy that’s going to bring the best out of you,” Marquise said, via PennLive.com. “I feel like he could fit in this locker room. He’s a guy that’s competitive. He’s going to go out there and give 100 percent, and seeing stuff like that is going to make other guys want to do the same.

“I’ve been working out with AB since I was in college, so I know he’s a guy that’s going to push you. I learned a lot [from] him just about making sure everything is right. Even when you’re not injured, always work on yourself and always better yourself.”

Even if the Ravens do sign Antonio, he will not be able to play in the first half of the 2020 season due to his recent actions off of the field. Last week, the league announced that they had suspended Antonio for the first eight games of 2020 for violating the league’s personal conduct policy. He also has another hearing in a civil suit related to sexual harassment and sexual assault allegations scheduled for Sept. 15, according to NFL Network, which falls just after Week 1.

The former Steelers standout would be eligible to participate in training camp if he found a team ahead of the 2020 season, per Tom Pelissero, but his eight-game suspension will go into effect on Sept. 5, the date of the final roster cut-down. There’s also a chance the suspension could be extended “if further violations are found related” to the ongoing lawsuit.

Earlier this week, Cody Benjamin dove deep into the five teams most likely to sign Brown.

Antonio’s past is definitely something that will keep certain NFL teams from considering signing him, but to others, his talent may be too intriguing to pass up on. If the Ravens are truly interested in him, then his cousin’s testimony should definitely be considered.