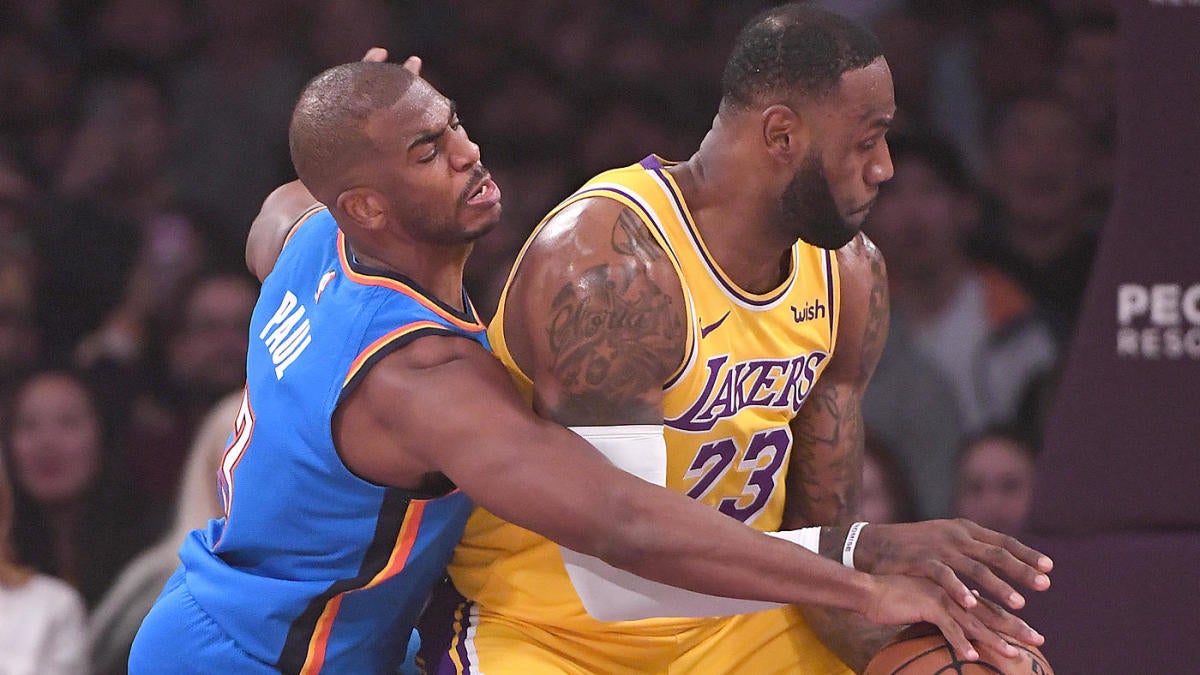 Now that the Lakers have locked up the No. 1 seed in the West playoffs, the rest of their seeding games will serve as a tuneup for the postseason. We may see less of LeBron James and Anthony Davis in order to save them for what Los Angeles hopes to be a long playoff run, and coach Frank Vogel could experiment with some lineups to see what he could potentially use down the line. The Thunder, while already securing a playoff spot, their final seeding remains up in the air. OKC could be as high as No. 4 or as low as No. 6 when seeding games are done, and a win against the Lakers will surely go a long way in trying to jump ahead of the Utah Jazz and Houston Rockets who sit a half-game above them in the standings.

This could be an interesting matchup, as these two teams could very well meet in the postseason. Here’s everything you need to know about Wednesday’s Lakers-Thunder matchup.

Lakers: L.A. has looked every bit as dominant as it did back in March, with James and Davis looking like they haven’t skipped a beat at all in that extended break. However, one area where this team’s struggled inside the bubble is 3-point shooting, specifically sharpshooter Danny Green. Even before the hiatus, Green’s 3-point numbers were below what they typically are, but he was still shooting 37 percent from deep on five attempts per game. In Orlando, though, Green has attempted 13 shots from beyond the arc, and connected on just two (15.4 percent). It will be interesting to see if Green can get anything going from 3-point range against a Thunder team that has the third-best 3-point defense in the league.

Thunder: Oklahoma City is coming off a tough overtime loss to the Denver Nuggets, but if it taught us anything, it proved that it can go the distance against one of the top teams in the West. Chris Paul has continued to show to everyone that he can absolutely still produce on an elite level at 35 years old. Shai Gilgeous-Alexander, under Paul’s tutelage, is becoming a star guard in his own right. OKC doesn’t have the size to match up well against the lengthy Lakers, but its scrappy play and perimeter defense will keep this game a close one.

The Lakers are favored in this matchup, and rightfully so, but something is telling me that Oklahoma City pulls out this win. Perhaps it’s the fact that L.A. has nothing left to play for with the top spot secured in the West so it takes its eye off the ball. Perhaps it’s the Thunder’s motivation to improve their playoff positioning, but I think OKC escapes with a big win against the powerhouse Lakers. Pick: Thunder +6