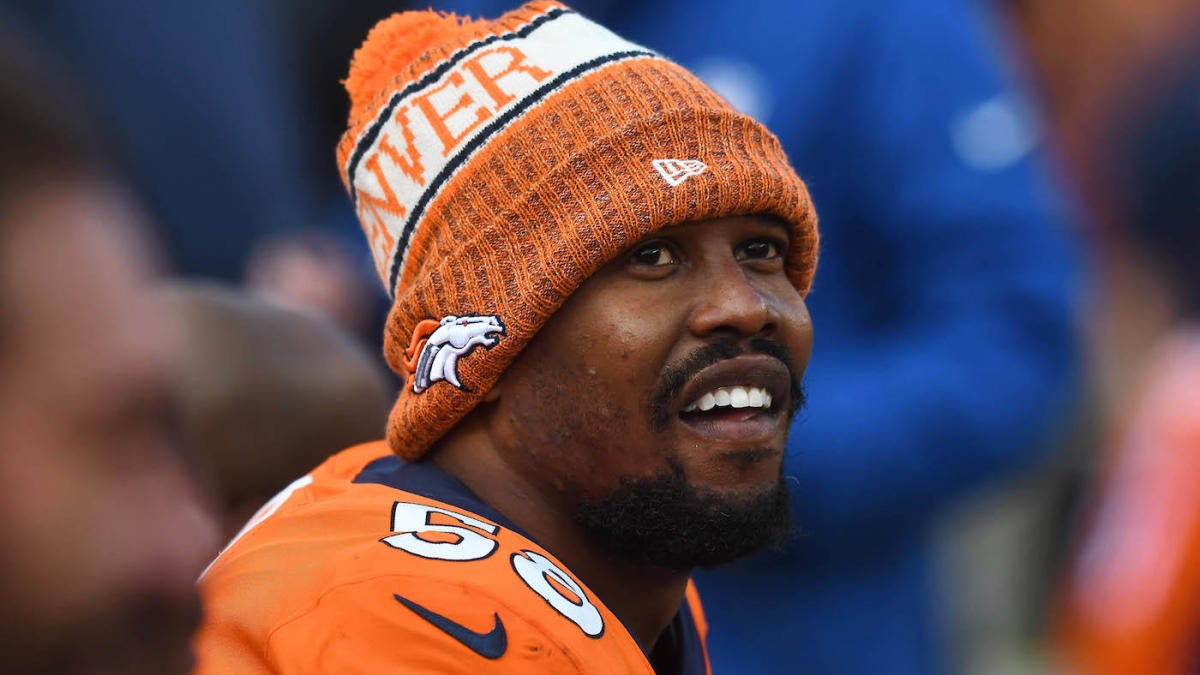 Dozens of players have decided to opt out of the 2020 NFL season due to COVID-19 concerns, and Denver Broncos pass-rusher Von Miller considered doing so as well. The eight-time Pro Bowler was the second NFL player to reportedly test positive for the coronavirus back in May, but he feels as though the job the Broncos are doing to keep their players safe is enough for him to feel ready to return to the field.

“I weighed the positives and negatives and came to my own decision and felt like I could play,” Miller said during a video conference, per the Denver Post. “The job the Broncos are doing to keep us safe was enough for me to not opt out.”

Miller said earlier this offseason that he was “shocked” to learn that he had tested positive for COVID-19 since he had been taking safety precautions seriously.

“It was hard for me to get my wind back for probably two or three weeks after the virus,” Miller said. “Everybody’s symptoms aren’t the same, but for me, I lost my taste and smell. I couldn’t really eat because when you can’t taste or smell food, you lose your appetite.”

The former first-round pick was an early advocate for daily testing and said that it was the key to the NFL being able to host a safe and successful season. The league ended up taking Miller’s advice, as players are required to register multiple negative tests before they are allowed to take their physicals and hit the practice field.

If there was one positive thing to come from his COVID-19 experience, Miller said that it has definitely started conversations among his teammates in the locker room. Since he takes it seriously, Denver’s other players will as well.

“From my teammates, I get all types of questions about the virus,” Miller said. “I feel like it’s me pushing (the conversation) out there and saying, ‘This thing is serious. It’s very, very serious.’ … We see the types of things happening in baseball (with outbreaks) and we just don’t want that to happen in the NFL.”

While Miller will not be opting out this year, players have until Thursday at 4 p.m. ET to opt out of the 2020 season. To keep up with who will pass on playing this year, check out CBS Sports’ opt-out tracker here.