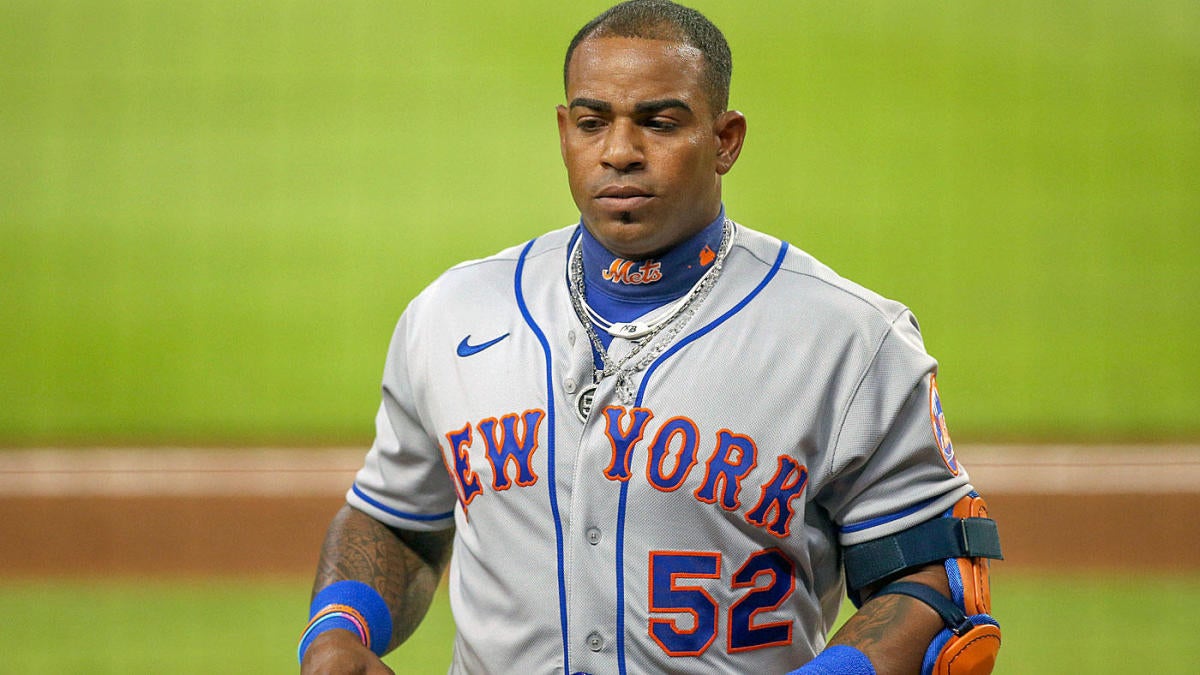 Watch Now: Cespedes, Cain Opt Out-Who Should We Eye? (0:57)
But before it was known why Cespedes never showed up to Truist Park for the Mets’ game against the Braves, General Manager Brodie Van Wagenen released a statement saying, “As of game time, Yoenis Céspedes has not reported to the ballpark today. He did not reach out to management with any explanation for his absence. Our attempts to contact him have been unsuccessful.”
“Well, I lost my mind,” is how Samson described how he felt after reading the GM’s statement. “This may be a candidate for the Mount Rushmore of pathetic, scary and incompetent statements ever released by a team. And that’s quite a threshold… my first thought: is Cespedes alive? … I was thinking about all the things that could have happened. Any bad thing came to my head.”
New York Mets‘ Yoenis Cespedes did not show up at the ballpark on Sunday and the team said they were not able to reach him. It was later announced that Cespedes opted out of the season for “COVID reasons.”
The Mets then went into damage control and released another statement saying they have no reason to believe that his safety is at risk, which further confused Samson.
David Samson sat down on his podcast, “Nothing Personal with David Samson” to discuss his thoughts on the whole situation and call it an “unmitigated mess” — thanks in large part to that Van Wagenen statement. “I would explain this to the media or I would explain nothing to the media. What I would not do is release a statement that would make people worried about his safety,” Samson explained.
“What Cespedes did is inexcusable, to walk out on your teammates and your team without giving notice, to disappear from your hotel, to cause a team to worry,” he said. “What kind of teammate does that?”
Cespedes’ agent eventually called the team to announce that the player would be opting out of the season, ending the mystery of it all. Despite thinking New York handled it poorly, Samson didn’t think Cespedes handled it well either. Samson went through what he would have done in the situation and how quickly he would have acted in trying to locate the player. Contacting the hotel would help determine that his stuff was gone, which Samson says is a good first clue.
“Well what the hell does that mean? Did you find him? Did you not find him? Where is he?” the podcast host asked.
Samson described how he felt when he saw the statement from the Mets: