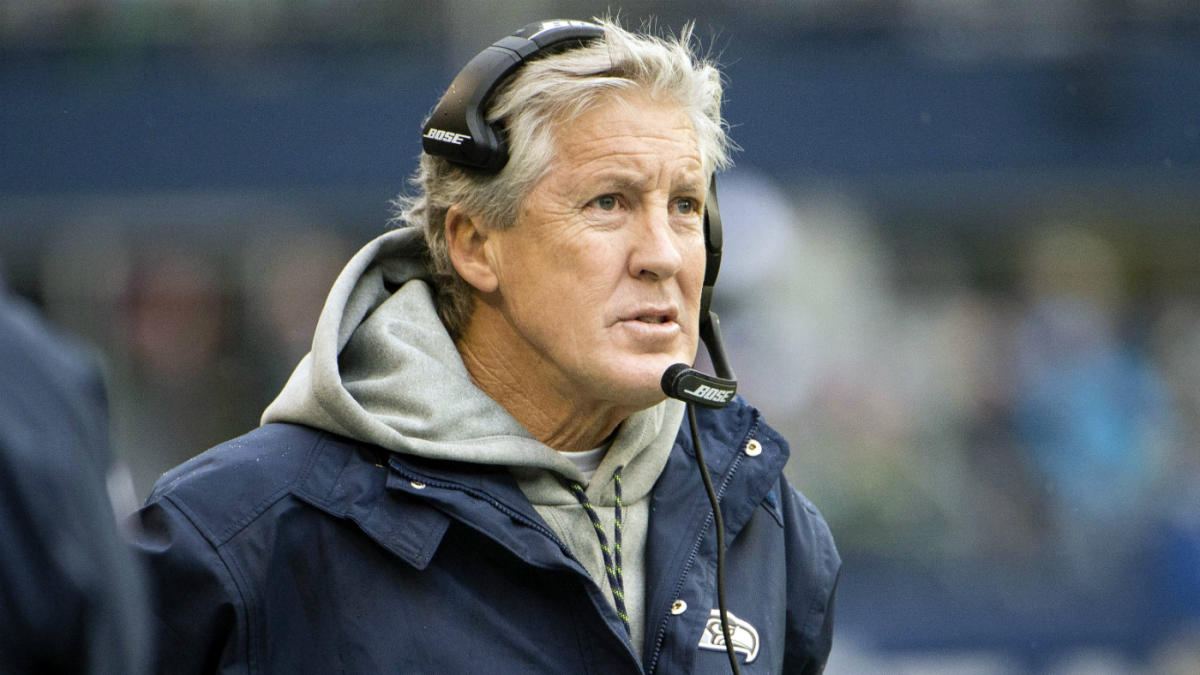 Antonio Brown and Josh Gordon are both on Seattle’s radar with about a month to go before the start of the regular season. Seahawks coach Pete Carroll has confirmed that the team continues to look into the possibility of signing the former Pro Bowl receivers.

“What I’d say to you is what we always say because it’s what we always do and who we are,” Carroll said when asked about the team’s possible interest in Brown, via ESPN’s Brady Henderson. “John is competing at every turn. There’s never been a process, unless we just missed it, that we weren’t involved with to understand what the chances were of helping our club. He’s all over it. He understands what’s going on right now, as much as you can. It’s a very complex situation. We just need to see where it fits somewhere down the road. That’s all I got for you.”

Brown, who last week received an eight-game suspension by the NFL for violating the league’s personal conduct policy, recently shared a video of himself catching passes from Seahawks quarterback Russell Wilson earlier this month. ESPN’s Jeremy Fowler previously reported that the Seahawks have had internal discussions about signing the six-time Pro Bowl receiver, who played in just one game during the 2019 season. Carroll said that general manager John Schneider is monitoring Brown’s situation. Brown, who received a two-year probation sentence after pleading no contest in his moving truck driver battery case, has another hearing in a civil suit related to sexual harassment and sexual assault allegations scheduled for Sept. 15, according to NFL Network, which falls just after Week 1.

Carroll also discussed the possibility of reuniting with Gordon, who applied for reinstatement in June after he was suspended indefinitely last December for violations of the league’s policies on performance-enhancing substances and substances of abuse. A 2014 All-Pro and member of the Patriots‘ 2018 championship team, Gordon caught seven of 11 targets for 139 yards in five games with the Seahawks last season.

“It’s not in our hands,” Carroll said of Gordon’s current situation. “Josh did a really good job with us last year. He fit in really well. He was part of this team by the way we opened and embraced his coming to us but also by the way he adapted. So we are very open to that thought, and we’ll see what happens. I don’t know. I can’t tell you what’s going to happen on that.”

As it currently stands, Seattle’s top two receiving spots are currently occupied by Tyler Lockett (82 receptions, 1,057 yards, eight touchdowns in 2019) and D.K. Metcalf (58 catches, 900 yards, seven touchdowns during his rookie season). That being said, there is a big-time void to fill in the No. 3 receiver role. The current leader in the clubhouse is Phillip Dorsett, who inked a one-year deal with Seattle this offseason. The 29th overall pick in the 2015, draft, Dorsett caught 124 passes and 11 touchdowns during his first five seasons. Last season, his third with the Patriots, Dorsett caught a career-high five touchdown passes while averaging 13.7 yards per catch.

David Moore, a fourth-year veteran, should be considered Dorsett’s biggest competition. A 6-foot, 215-pound wideout, Moore, Seattle’s seventh-round pick in the 2017 draft, appeared in just one game as a rookie before receiving a career-high seven starts in 2018, catching 26 passes for 445 yards and five scores that season. Moore received just one start in 2019, catching 17 passes for 301 yards and two touchdowns while playing behind Lockett and Metcalf.