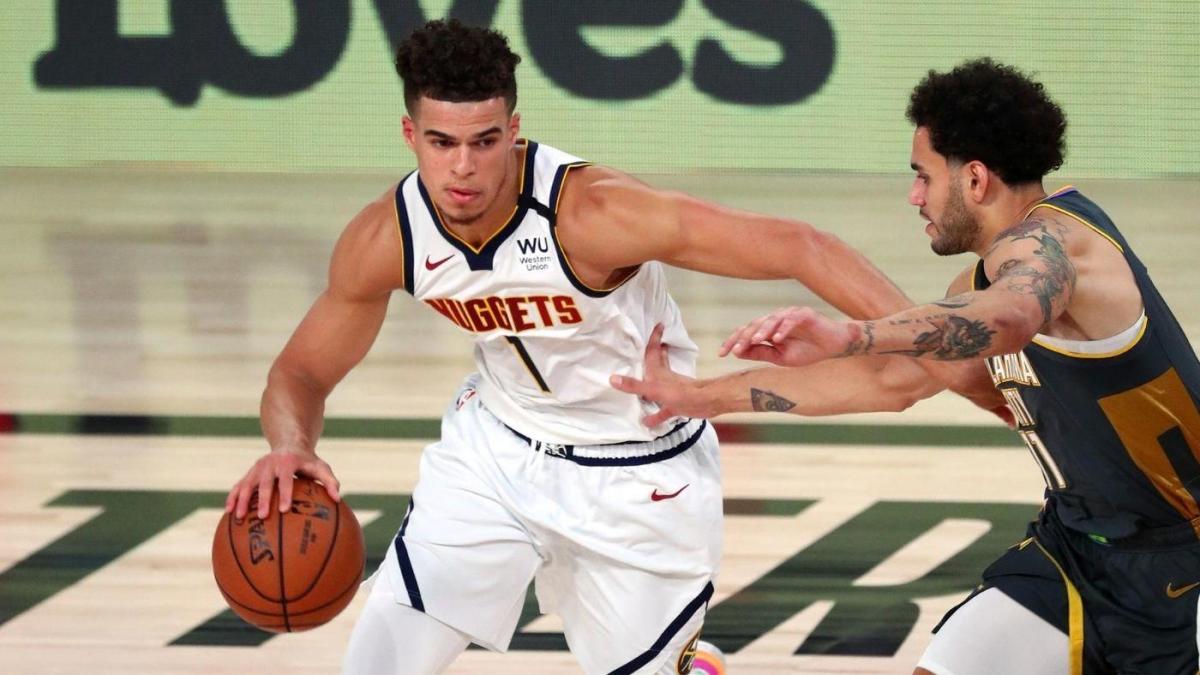 Few teams have been hit as hard by the coronavirus as the Denver Nuggets. Even now, two games into their bubble schedule, they are still without three starters. Jamal Murray, Will Barton and Gary Harris missed Monday’s game against the Oklahoma City Thunder, but it hardly mattered because of the breakout performance of Michael Porter Jr.

Denver’s top rookie has shined at points this season, but playing time has been hard to come by on a contending Nuggets team. He had played only 14.2 minutes per game entering Monday, but with so many key players out, Porter not only got the start and 44 minutes of playing time but posted a career-high 37 points on 12-for-16 shooting.

The outburst came in stark contrast to Porter’s opener in Orlando. In a blowout loss against the Miami Heat on Saturday, Porter scored only 12 points on 4-for-11 shooting. Porter took those to heart, and Nuggets coach Mike Malone told reporters after the game that Porter texted him three times afterward expressing his disappointment. That compelled him to play aggressively against the Thunder.

“I just told (Malone) that I knew I could bring a lot more,” Porter said after the game. “I didn’t bring the energy, effort and enthusiasm last game … With Jamal and Gary and Will out I knew I need to step up and take on a bigger role.”

The win was critical in Denver’s effort to retain the No. 3 seed in the Western Conference. They now lead the Thunder by 2.5 games with only six to play, and the Utah Jazz have struggled mightily offensively without Bojan Bogdanovic in Orlando. That leaves only the Houston Rockets, undefeated in the bubble so far, as true challengers for that slot.

No matter where the Nuggets land in the standings, their playoff hopes now and beyond rest on Porter. For all of his talents, Nikola Jokic is not a traditional late-game shot-creator. Jamal Murray is too small for the role. Denver sorely needs a bigger ball-handler to grow into a one-on-one scoring threat. Porter is by far their best chance at finding one, and if he keeps this up, Denver will be firmly rooted in the championship picture now and beyond.