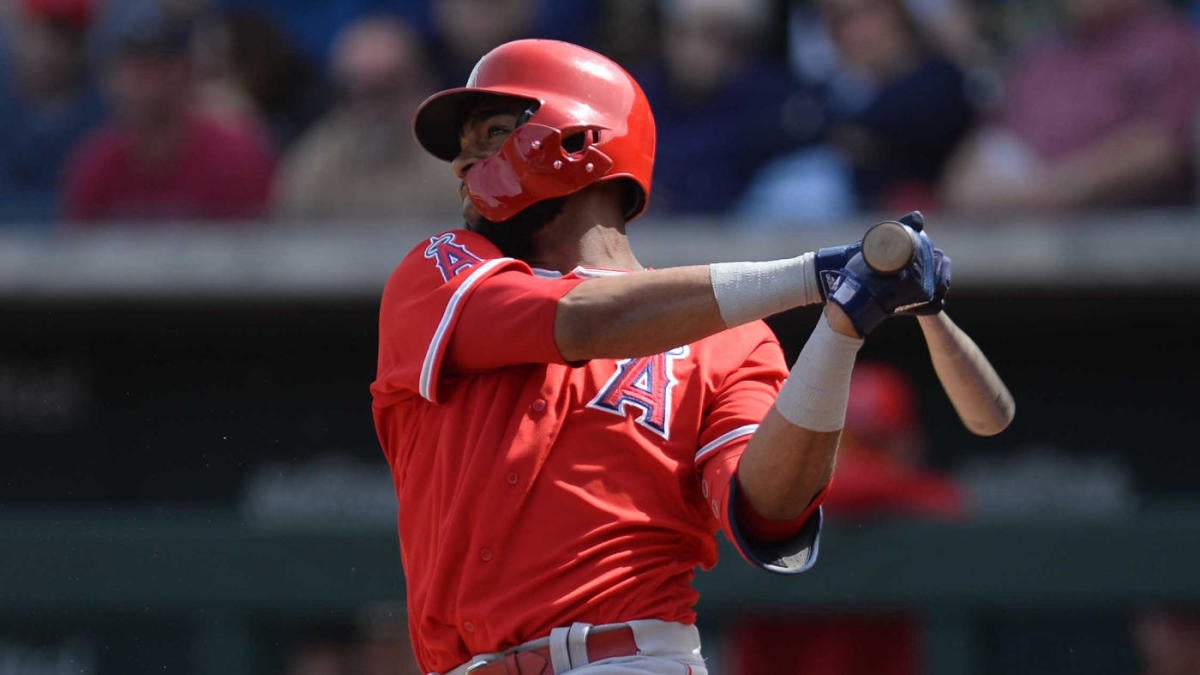 Watch Now: Highlights: Astros at Angels (1:43)
It’s always worth noting the service-time considerations in moves like these. Because of the shortened season, the Angels had to only hold Adell down for about a week to gain an extra year of control over his services. He’s still in line to potentially qualify for Super Two status, depending on whether that’s still part of the game in the next Collective Bargaining Agreement.
The Angels are off to a disappointing start, going 3-7 over the season’s first 10 games. Adell should provide Joe Maddon with yet another dynamic talent to plug in somewhere in the top half of his lineup. With the exception of Trout and Brian Goodwin, Los Angeles hasn’t received much offense from its outfielders — veteran Justin Upton, for instance, has a 24 OPS+ to date.

On Monday, the Los Angeles Angels became the latest team to bring up their best prospect, promoting outfielder Jo Adell to the majors, according to MLB Network’s Jon Heyman. In other roster-related news, the Angels are expected to welcome back Mike Trout from the paternity list and cleared room on their roster by optioning outfielders Jared Walsh and Michael Hermosillo to the alternate site.

There’s a case to be made that Jo Adell is the best non-teenage prospect in baseball. That case begins with the fact that Adell is a fantastic athlete. Here, watch him do some plyometrics then check back. Done? Good. Adell can hit the ectoplasm out of the baseball just as well as he can ghost around the basepaths or in the outfield. He might finish his development with four tools that project as plus or better — that isn’t a common profile. Talking about only the pluses with top prospects can get boring, but there are few minuses to nitpick with Adell. The main one is that he’s prone to swinging and missing. He struck out in roughly a third of his plate appearances in Triple-A over a 27-game stretch. But it’s worth noting that he fanned a lot during his initial exposure to Double-A, only to return this year and hit .308/.390/.553 in 182 plate appearances — with, it should be known, a greatly reduced K rate. If you want a second negative about Adell it’s that he’s yet to appear in 100 games in a season. (He finished with 99 in 2018.) A third? Uh … he might never be on your favorite team. Otherwise, Adell is a very good prospect. You’re going to like watching him play baseball. You should get the chance to do so sometime in 2020. Adell, 21, entered the spring ranked by CBS Sports as the second-best prospect in baseball, behind only Tampa Bay Rays shortstop Wander Franco. Here’s what we wrote at the time: