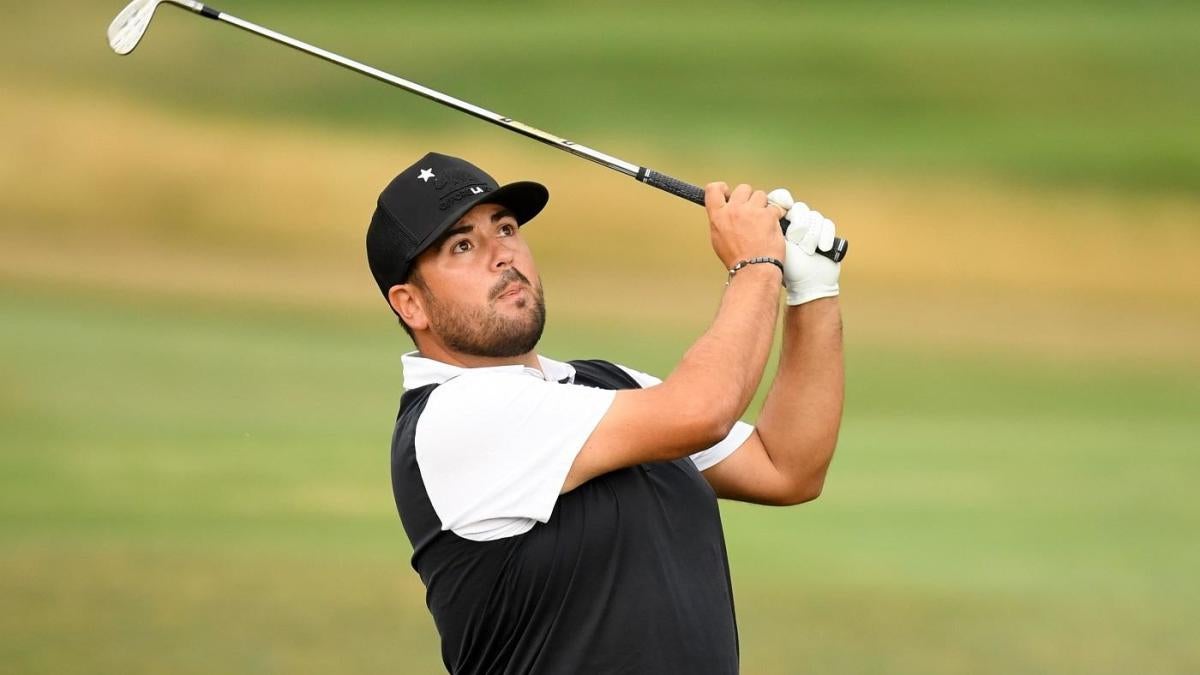 The European Tour’s Hero Open saw quite the sight, as Joel Sjöholm had to jump into a boat and “sail” onto an island in order to play the ball. The Swedish player’s top 20 dreams hit a bump in the road on the 17th hole when his ball sailed to Henderson’s Island at Forest of Arden Marriott Hotel & Country Club in Birmingham, England.

He wanted to play the ball from the spot it landed, but to do so was no easy task. Sjöholm ditched his caddy, grabbed a selection of clubs and put his faith in an old-looking boat and some rope. After shaking a bit getting his sea legs, Sjöholm grabbed onto the rope and managed to pull himself to the island.

Getting in the boat safely was step one, but he still had to get on dry land.

The broadcasters were warning him to stay steady as he approached the island.

Take a look at his long and arduous (short and hilarious) journey:

It all became even more difficult as he had to move metal signs in order to fetch his ball. On the land alone, he was visibly struggling to move the signs himself, as pieces fell as he handled them.

He worked around multiple trees and high grass in order to send the ball flying back to the green.

But it wasn’t over, he still had to make it back to the 17th green.

They also joked saying, “Most of youse wishing him well, there’s just that little bit of devil in all of us, isn’t it? We’d just like to see a splash.”

Thankfully, he managed to get back on the course with no problems.

Sjöholm ended up in a tie for 22nd. Sam Horsfield (-18) won the event and captured his first European Tour title.