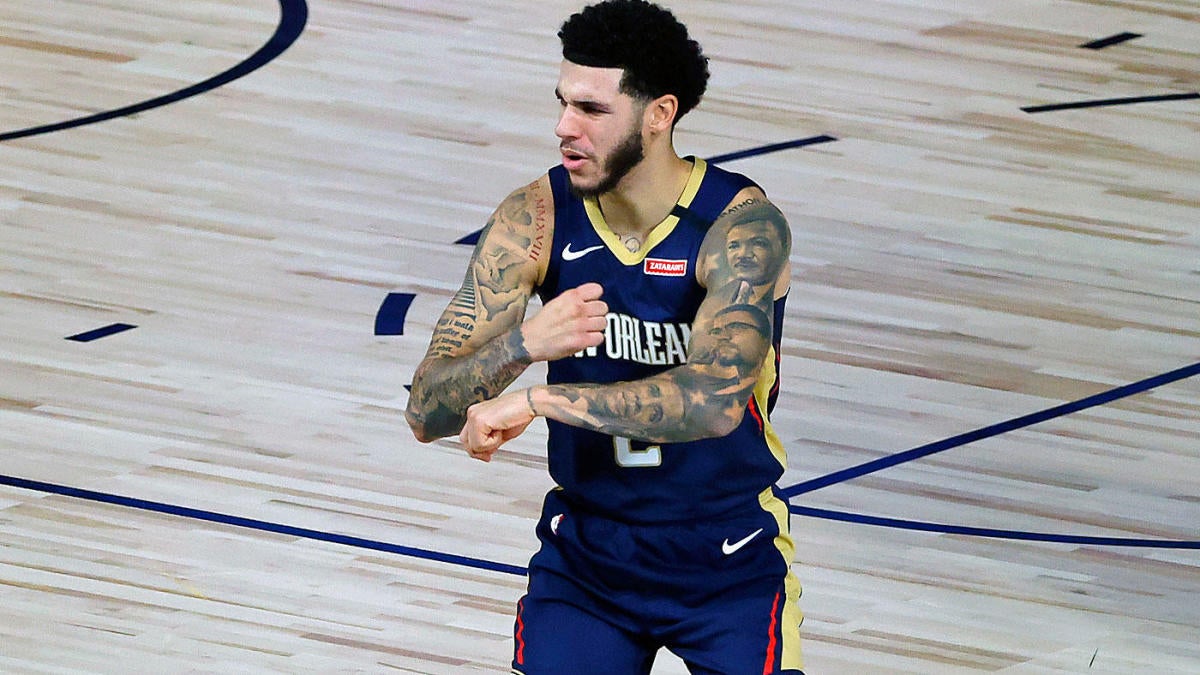 The New Orleans Pelicans rolled into the NBA restart aboard a hype train. With Zion Williamson in the fold, their starting lineup had the best net rating of any unit in the league that had played at least 200 minutes together. Lonzo Ball was having a career shooting season at 39 percent from three. None of those things have played to script in Orlando.

Williamson is hardly playing; just 29 minutes over two games as New Orleans plays it safe with its future franchise player. All told, the Pelicans’ starting lineup that was plus-26.3 per 100 possessions through the suspension is minus-10.5 in the bubble.

Ball is not the best player in New Orleans, but through at least one lens you could argue he’s the most important. He’s the kind of guy who can be a barometer for the rest of the team, a galvanizing force for his preference to spread the love and the energy that creates. He does many things so well. He’s an incredibly smart player on both ends. His anticipation, again on both ends, is a marvel at times. He has length and versatility, and he passes ahead as well as anyone in the league.

But when he’s not shooting, or not shooting well, a lot of the great things he can do get canceled out and he becomes a liability very quickly. His confidence and aggression as a shooter have grown considerably, but he can still get passive too easily. In New Orleans’ first bubble game, Ball shot 2 of 13 from the field, including 0 for 4 from three. The next game he only shot six times.

Sure, it’s only two games. But New Orleans, which entered the bubble three games back of No. 8 Memphis, needed to hit the ground running. The good news is the Pelicans are still only three games back in the loss column as Memphis has also gone 0-2 in the bubble, but the bad news is there are two teams — Portland and San Antonio — between them.

The Pelicans, on paper, do have an easy schedule over their final six seeding games. If they’re serious about making a playoff run, they really need to beat the Grizzlies on Monday night. That’s a two-game swing matchup in the race for No. 8.

It’s fair to wonder, however, how worried the Pelicans are about making the playoffs. By not stretching Williamson’s minutes even slightly, they’re announcing how heavily they’re prioritizing the future over the present. That only makes sense. Chances are, even if they get in the playoffs it’ll just mean a first-round loss to the Lakers.

Yes, playoff experience would be great for their young players, but this isn’t a typical playoff atmosphere. You’re not dealing with road crowds, namely. You can’t really say you’ve felt true playoff intensity because you played five games against the Lakers with digital fans behind your socially distanced bench.

So why push it? Leaving Orlando will come as a relief for a lot of these — shall we say — bubble teams. Go home. Stay safe. Gear up for next season. But Ball, particularly, continues to be a strange evaluation. He’ll be up for a massive contract extension at the conclusion of next season, and do we really have a clear idea of what he’s worth? Because that is an entirely different answer depending on whether he’s making or missing shots.