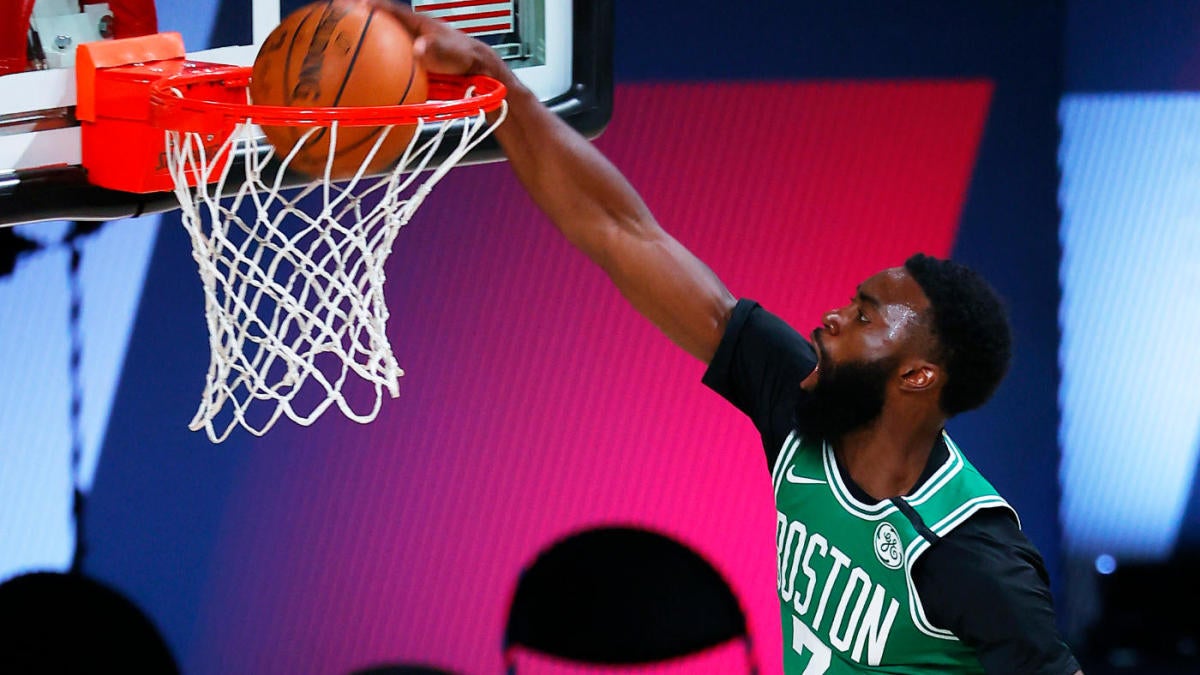 The 2019-20 NBA season is back underway inside the Disney World bubble, and the first few days of action have been tremendous. Early on Sunday afternoon, the Boston Celtics and Portland Trail Blazers kept that trend going with a thriller that came down to the final seconds.

Down by 24 points in the first half, the Trail Blazers — fighting desperately for a playoff spot in the Western Conference — shot their way back into the game and got things within single digits heading into the fourth quarter. That set up a thrilling final frame, as both teams traded big shot after big shot. Portland even managed to briefly retake the lead, but they couldn’t hold onto it, and the Celtics escaped with a 128-124 victory.

Jayson Tatum bounced back from his woeful opener against the Bucks to finish with 34 points, while Jaylen Brown added 30 of his own, including 16 in the fourth quarter. Damian Lillard and Jusuf Nurkic, meanwhile, each went for 30 of their own in the loss. After one of the best games so far in this restart, let’s take a look at the best moments from the deciding fourth quarter.

Lillard opens up with a 3

On the first possession of the fourth, Lillard drained a tough 3-pointer that really set the tone. Coming off the extended Iverson Cut, Lillard sprinted across the entire court, caught the ball with his back facing the basket, squared up and banged one from the hashmark. What are you going to do against that?

In the middle of the fourth, Lillard pulled up from just inside halfcourt, leaving Mike Breen stunned on the broadcast. The Blazers bench was ready to explode if it went down, but he actually had a little too much on the shot somehow. The long rebound led to a runout for the Celtics, and Jaylen Brown capitalized with a huge slam.

Jayson Tatum was terrible against the Bucks, but he showed up on Sunday with a new haircut, and apparently that was the change he needed. The Blazers didn’t have an answer for him, and midway through the fourth quarter, he showed how confident he was feeling by absolutely cooking Zach Collins on the perimeter. He had Collins lunging all over the place, then blew past him for an and-one.

Gary Trent Jr. has quietly been pretty solid for the Blazers this season, and on Sunday he had one of the best games of his career. He went for 21 points on seven 3-pointers, setting a new career-high in that category. His biggest of the day came late in the fourth, when Lillard drew multiple defenders and kicked it out to him on the wing. Despite Marcus Smart sprinting straight at him, Trent remained calm and buried the shot to put Portland in front. Unfortunately for the Blazers, it turned out to be the last lead they’d have.

Tatum has gotten much of the attention in Boston this season, but Brown has made a leap as well. He had it all working against the Blazers, going for 30 points on 10-for-18 from the field and 6-for-8 from 3-point land. Sixteen of those points came in the fourth, and none were bigger than the corner 3-pointer he sank with just over 30 seconds left to push the Celtics’ lead up to six points.

With just 20 seconds to play, the Celtics were up by three points and trying to bring the ball up the floor, when Tatum was called for an over-and-back violation, despite the fact that he threw his pass before crossing midcourt. That play wasn’t reviewable, and so the Blazers got the ball.

On that possession, Daniel Theis was called for a questionable loose ball foul, and that one Brad Stevens did challenge. But despite replays appearing to be in Theis’ favor, the call on the floor was not overturned. When Stevens heard the news, he delivered a fantastic reaction.

Nurkic throws it away

Down by three with six seconds left, the Blazers decided to go for a quick two, and easily converted. With no timeouts left, though, it seemed a curious decision. Because after Gordon Hayward was fouled and hit two free throws to push the Celtics’ lead back up to three points, the Blazers had the ball under their own basket with three seconds left. They needed something of a miracle at that point. Instead, Nurkic just flung the ball out of bounds with one of the worst passes you’ll ever see.

All told, we saw five ties and seven lead changes in the fourth quarter, and the biggest lead for either team during those 12 minutes was seven points very early on.

It doesn’t get much better than that.