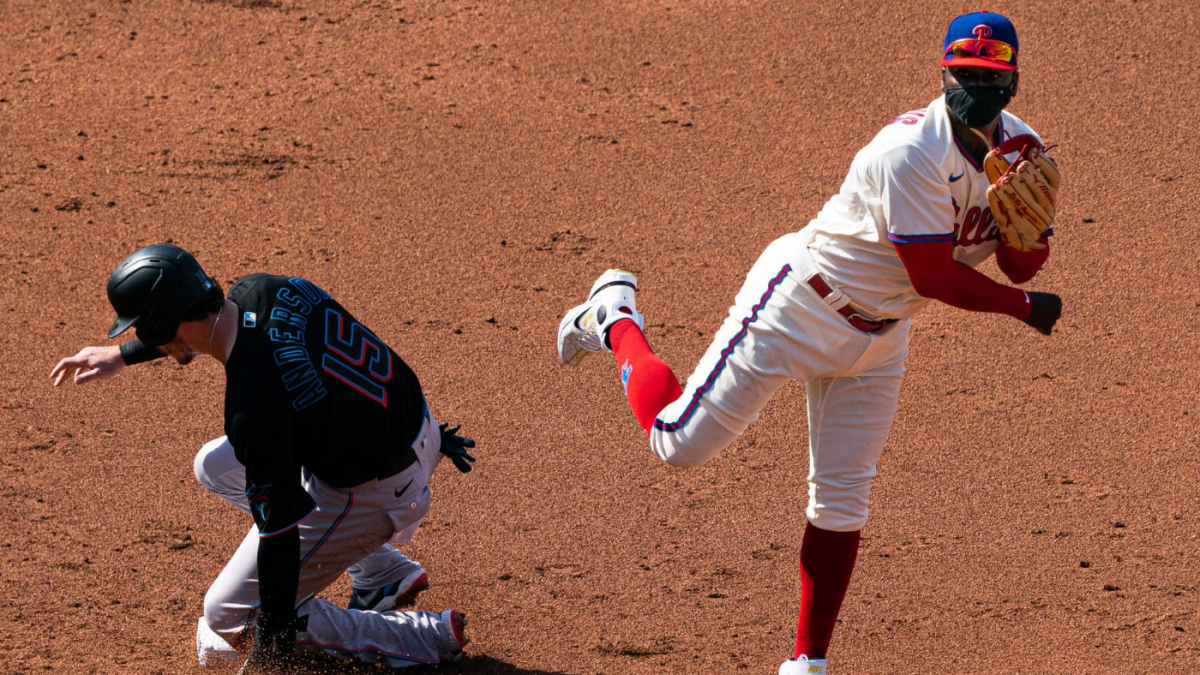 Watch Now: Cardinals-Brewers Game Postponed Due To Covid-19 Concerns (5:16)
The Marlins, meanwhile, are slated to play a four-game set against the Baltimore Orioles, in Baltimore, beginning on Tuesday and concluding on Thursday. Naturally, one of those days will feature a doubleheader. The Marlins will serve as the home team for half of those games.
The Marlins’ scheduled series against the Phillies, from Aug. 4-6, will be rescheduled for a later date.

Major League Baseball announced schedule changed for a number of teams, including the Miami Marlins and Philadelphia Phillies, who will resume play next week for the first time since last Sunday. Both teams had been out of action due to the Marlins’ COVID-19 outbreak that resulted in 18 Miami players testing positive.

The league also officially postponed Saturday’s game between the St. Louis Cardinals and the Milwaukee Brewers. More information will be made available about the scheduled doubleheader for Sunday as rapid testing results are obtained later on Saturday. The Cardinals and Brewers had their scheduled game on Friday postponed as well due to a potential COVID-19 outbreak in St. Louis’ clubhouse. Three players reportedly have thus far tested positive.
The Yankees’ scheduled game against the Orioles on Aug. 5 will be rescheduled at a later date.

In all, seven teams had their schedules altered. Here’s a breakdown of the revised schedules:
The positive COVID-19 cases have resulted in 16 total games to be postponed over the season’s first 10 days, including three games apiece on Friday and Saturday. Despite the positive tests and the postponements, commissioner Rob Manfred said Saturday that there is “no reason to quit” the 2020 season.

As noted above, the Yankees will host the Phillies for games on Monday and Tuesday, then travel to Philadelphia for games on Wednesday and Thursday. The Yankees already had a game scheduled for Thursday — in St. Petersburg, against the Tampa Bay Rays. That game will instead be made up as a doubleheader on Saturday, Aug. 8.

The Phillies will return to play on Monday (Aug. 3) evening, when they travel to New York to play two games against the Yankees. Those squads will then head to Philadelphia for games on Wednesday and Thursday.  The teams were originally supposed to play their four-game home-and-home series last week.