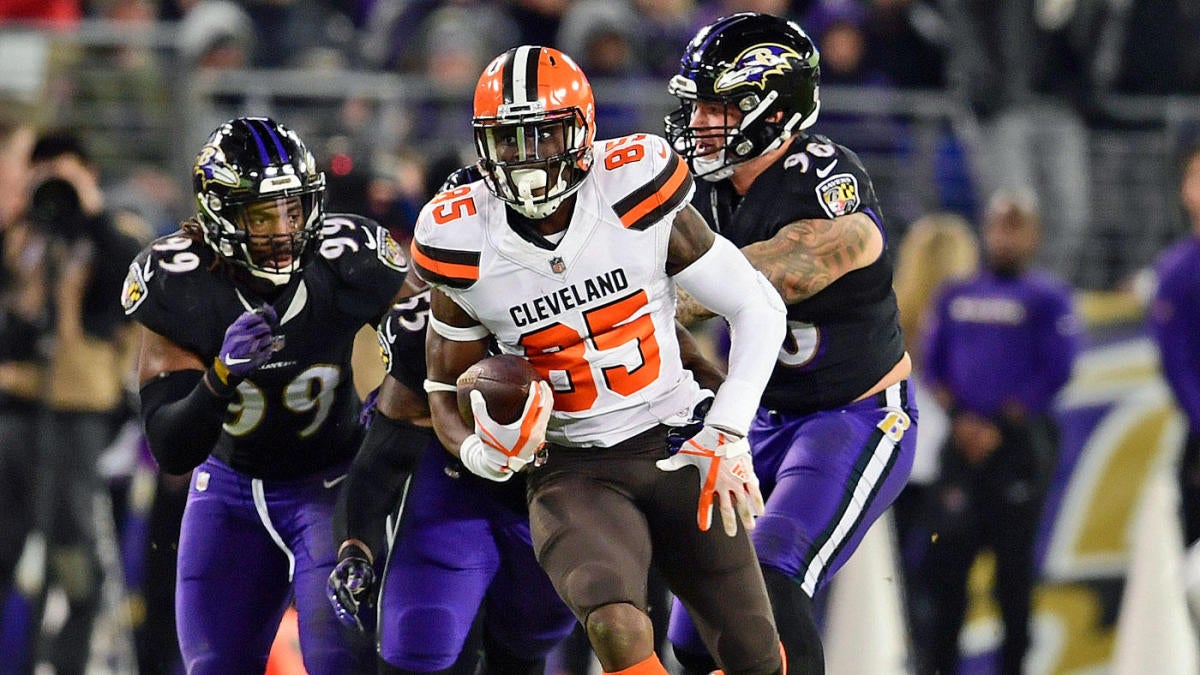 Tight end David Njoku has rescinded his request for a trade from the Cleveland Browns, according to ESPN’s Adam Schefter. Agent Drew Rosenhaus told Schefter that the former first-round selection has had “some good meetings with the new Browns’ organization including GM Andrew Berry and he has decided to give the team his full commitment right now and go from there.”

The 24-year-old initially requested a trade July 3. He has two years remaining on his rookie contract, including the fifth-year option.

The tight end went to Twitter to confirm his change of heart. “I’m all in Cleveland. Time to work,” he tweeted.

“My stance on it has not changed, the organization’s stance has not changed in that we believe in David. [We are] excited to work with him. I will get to finally be in the same room with him this weekend. He is coming in for physicals and then get out on the field with him Monday. Excited to work [with him],” Stefanski said.

Cleveland used two tight ends on roughly 23% of their offensive snaps last season. If last season with the Vikings is any indication, Stefanski intends to use more two tight end sets moving forward. Minnesota utilized two tight ends on 34% of their offensive snaps. The position has been a point of emphasis this offseason; veteran Austin Hooper was signed in free agency before the selection of Florida Atlantic’s Harrison Bryant on Day 3 of the 2020 NFL Draft.

Njoku missed zero games through the first two years of his career, but his past season he missed 12 games with a broken wrist. The New Jersey native had seen his output increase the previous campaign to the tune of 56 receptions for 639 yards and four touchdowns.

Cleveland used one of their three first-round selections — No. 29 overall — on the Miami product in 2017. Safety Jabrill Peppers, who has since been traded to the Giants, and defensive end Myles Garrett, who signed a lucrative long-term deal this offseason, were the team’s other two first-round picks that year.