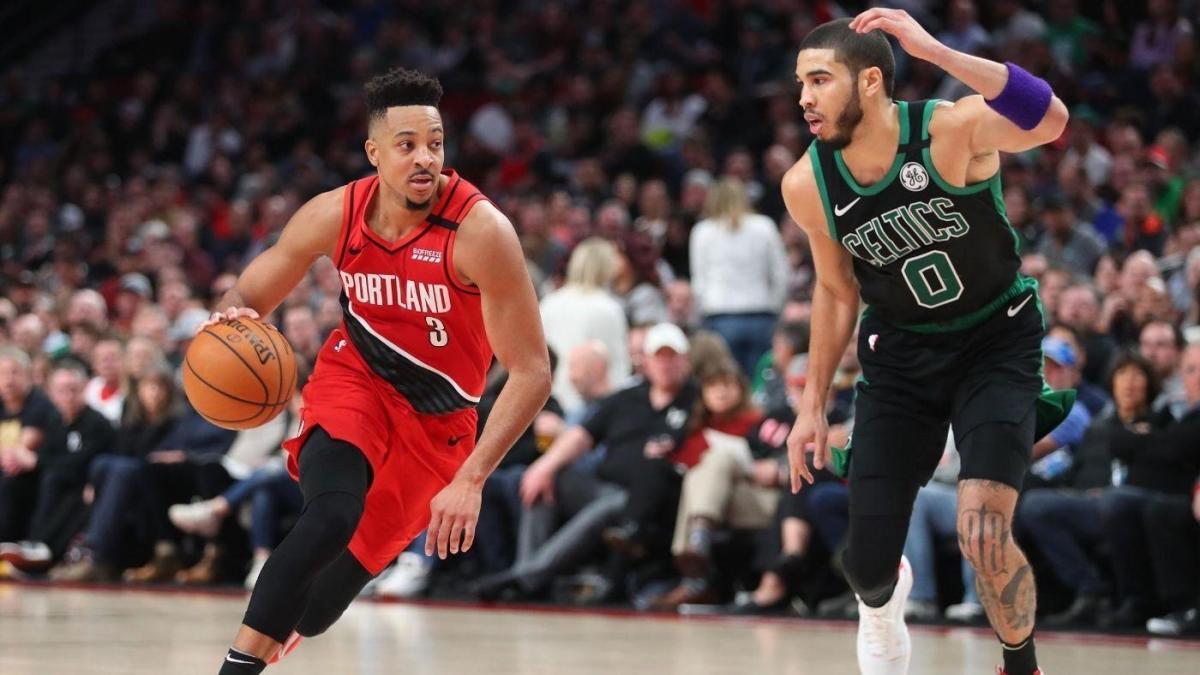 NBA restart action will continue on Sunday afternoon when the Boston Celtics and Portland Trail Blazers go head-to-head. The game will be the second of eight “seeding” games for both teams, as the Blazers re-opened their season with an overtime win over the Memphis Grizzlies on Friday afternoon, while the Celtics fell to the Milwaukee Bucks on Friday night.

The two teams played only once during the regular season — on Feb. 25 — and the Celtics walked away with a 118-106 win. Entering the matchup on Sunday, the Celtics sit third in the East, while the Blazers are in the ninth spot out West. Given the fact that both teams are fighting for playoff positioning in their respective conferences, this game should be hard-fought. Ahead of the contest, here’s everything you need to know about Celtics vs. Blazers.

Celtics: The Celtics entered Orlando fully healthy — something that didn’t happen too often for them during the regular season. At full health, the Celtics are deep and dangerous. All eyes will be on third-year forward Jayson Tatum, who is in the midst of developing into a full-blown superstar. Tatum will have his fair share of help, too, as Jaylen Brown, Gordon Hayward and Kemba Walker are all All-Star-caliber players when at the top of their respective games. Plus, in Enes Kanter, Daniel Theis and Semi Ojeleye, Boston possesses some solid frontcourt depth. Overall, the Celtics have every reason to feel like they could come out of the East this season, and they will get a solid test in the form of the Blazers on Sunday.

Blazers: Every single seeding game is important for the Blazers, who are on the outside looking in when it comes to the Western Conference playoff picture. If the Blazers want to force a play-in for the final spot in the West, they will have to win most — if not all — of their remaining games, including against the Celtics on Sunday. They pulled out a big win against the Grizzlies to start their seeding slate, and they will look to continue that momentum against the Celtics.

Desperation might win out in this one. The Celtics may be the more talented team on paper, but the Blazers have more to play for, as their playoff future hangs in the balance of the seeding games while Boston’s spot in the postseason is secure. The Blazers will build off of the momentum that they picked up in their overtime win over the Grizzlies on Friday and pull out another one.  Pick: Blazers +4.5