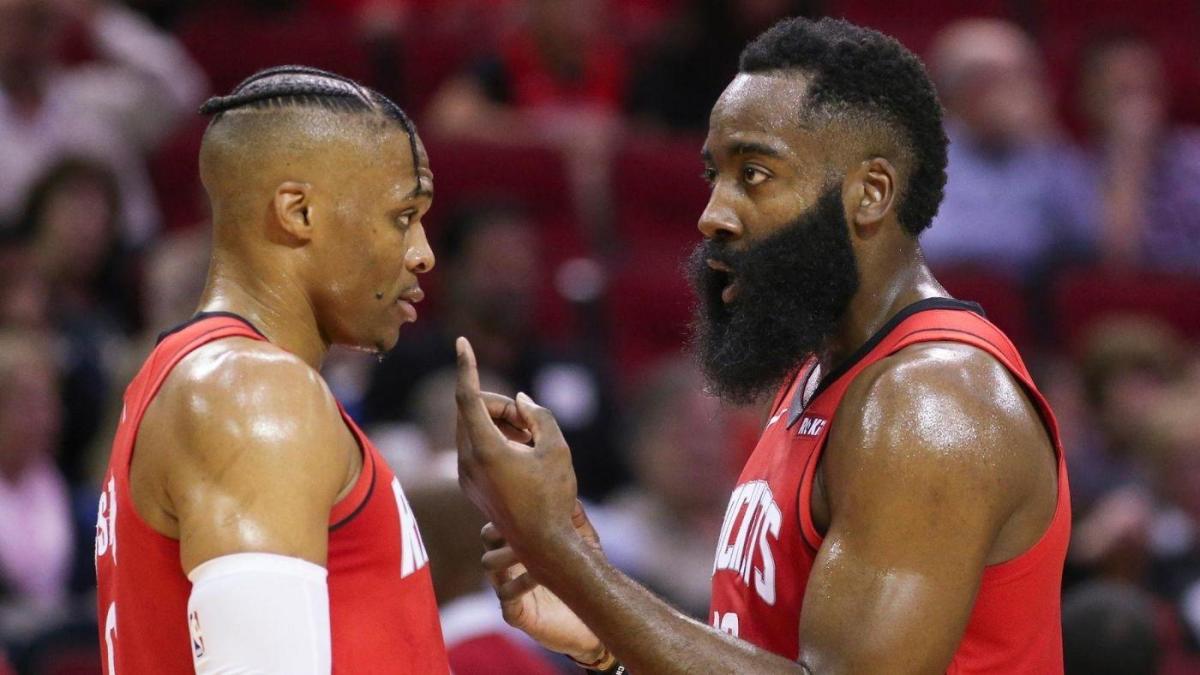 The Bucks and Rockets are polar opposites physically. Milwaukee dominates with size, rebounding and rim protection. Houston is perhaps the smallest team in NBA history, with the 6-7 Robert Covington serving as their tallest starter and the 6-5 PJ Tucker playing center defensively.

On Sunday, the two will face off in what should be a measuring stick game for both sides. While they are in different conferences and Milwaukee’s place atop the Eastern Conference is assured, both will likely need to display some measure of versatility if they plan to reach the NBA Finals. A matchup like this, against an opponent that is so different stylistically, should serve as an important test for how both will deal with strategic curveballs when the playoffs arrive.

Ahead of their meeting on Sunday night, here’s everything you need to know about Bucks vs. Rockets.

Rockets: Yes, they won on Friday, but winning while allowing 149 points is not remotely sustainable. The Rockets played excellent defense down the stretch of the fourth quarter and into overtime but were absolutely dreadful on that end of the floor for the rest of the game. They can’t rely on opposing teams to tire themselves out every time. The math advantage their shooting provides in most matchups means that they won’t ever have be elite defensively, but allowing 149 points is not acceptable. The Bucks are a nightmare matchup for them in that they’ll take just as many 3-pointers, eliminating that math advantage, but they also have a big wing that should be able to score over their smaller lineups at will in Giannis Antetokounmpo. There are five or six players that could potentially cross Houston’s path in the playoffs that pose similar problems. How they handle Giannis will tell us a lot about how the Rockets will defend in the playoffs.

Bucks: Mike Budenholzer sticks to his guns. The Bucks rarely deviate from their typical lineups or strategies, and that played a part in their postseason disappointment a year ago against the Toronto Raptors. The Rockets pose a number of logistical problems for the Bucks that could only be solved through some sort of aggressive change. Brook Lopez, as well as he has played defensively all year, will likely struggle in such a perimeter-oriented matchup. The Bucks have thrived in limited minutes with Giannis playing center this season. This would seem like exactly the sort of matchup with which to use such lineups. Will the Bucks go there? Or will they hold firm with the sort of groups that have gotten them to this point?

The Bucks are the best team in the NBA at the things that the Rockets routinely sacrifice. They are the NBA’s best rebounding team by far, and their rim protection numbers are off of the charts. What makes them so special is that they can sacrifice a bit in those areas to match up better with Houston while still winning those matchups. Giannis playing center is still a far better rebounder or rim protector than any Rocket, yet in those lineups, they can still space the floor so well that scoring isn’t a problem. Houston’s small-ball advantage is lost on Milwaukee, and the Bucks should, therefore, win this one comfortably… provided they go small enough to maximize their edge.